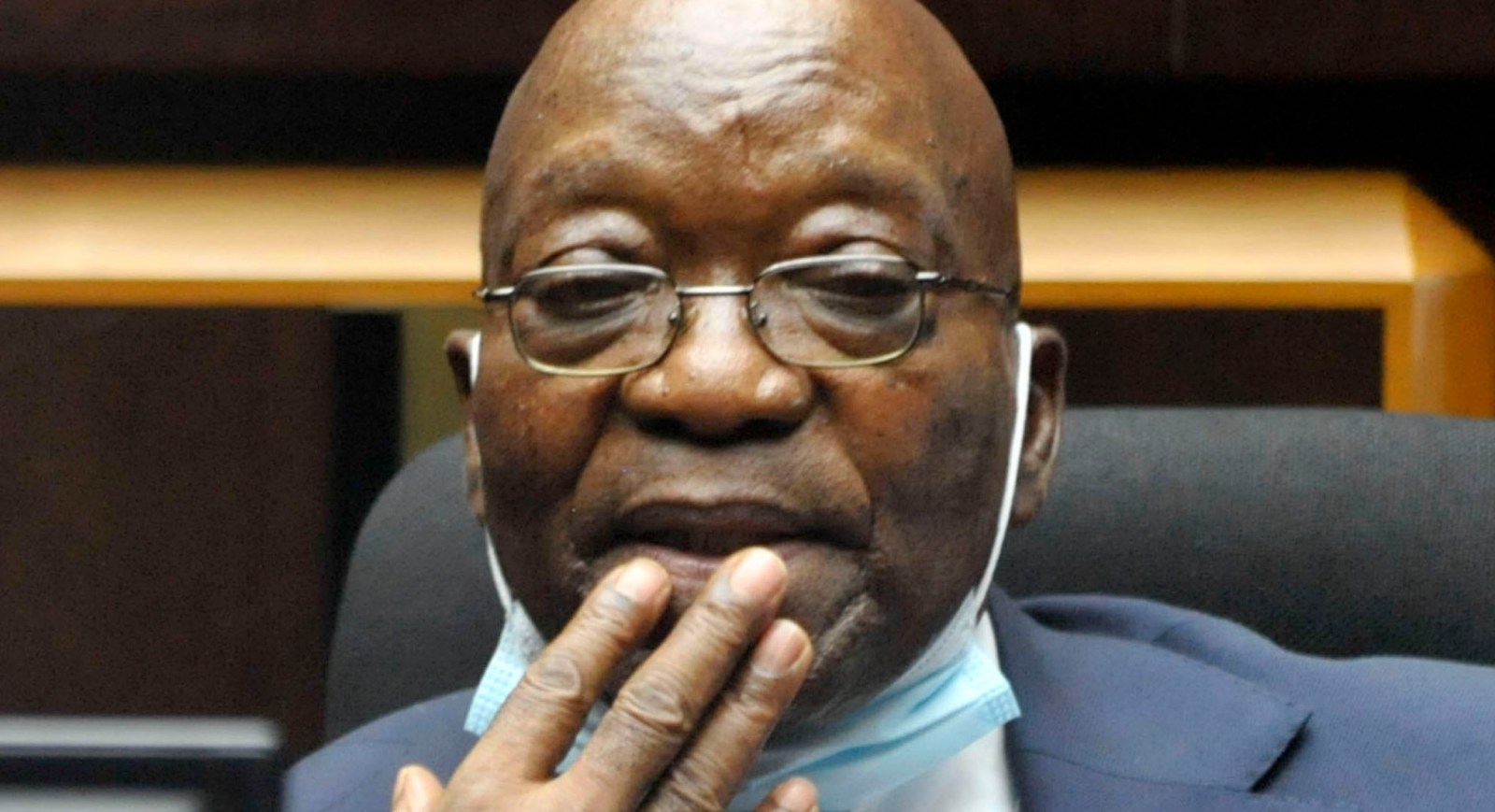 The 79-year-old former president should be spared the ‘cost and strain’ of a trial by allowing him to appeal to the Supreme Court, which would probably find in his favour, his advocate has argued.

‘An old person must sit here for six months and go through a trial and then only complain. How can that be justice?” Jacob Zuma’s advocate, Dali Mpofu, asked the Pietermaritzburg High Court on Monday..

The State argued that granting the former president leave to appeal his failed special plea to have veteran advocate Billy Downer removed from the Arms Deal case was not in the interests of justice, but having the matter proceed to trial was.

Advocate Andrew Breitenbach also asserted that Zuma having a fair trial could not be determined hypothetically or in the abstract – it could not be speculated that Zuma’s trial would not be fair because Downer would be leading the prosecution team.

“And that, with respect, is the fundamental problem that my learned friends [Zuma’s defence team] face in this case. They predict something will happen. But as this court, with respect, correctly pointed out, whether or not there will be an adverse impact on the fairness of the trial is something that will become apparent during the course of the trial,” Breitenbach told the presiding judge, Piet Koen.

The State is opposing Zuma’s application to take his dismissed special plea to the Supreme Court of Appeal (SCA), saying that by law he can only appeal once the trial has run its course and he is either convicted or acquitted. The appeal would be “a further waste of time”, and had poor prospects of success.

“An appeal against the special plea, should Mr Zuma be convicted… and granted leave to appeal, is a means by which justice can be attained. And the reason is that when the evidence is being led, the impact, if any, of Mr Downer’s involvement on the fairness of the trial, can be assessed,” said Breitenbach.

He has accused Downer of lacking “independence and impartiality” and therefore being unable to conduct a “lawful prosecution” that will uphold his constitutional rights to a fair trial.

Koen dismissed the special plea application in October, saying “many” of the 14 specific items raised by Zuma’s legal team in support thereof were “based on speculation or suspicion or are based on inadmissible hearsay evidence and not on fact”.

Even if in some instances there might be possible irregularities, these did not warrant Downer’s removal as the prosecutor in the case or the stripping of his title to prosecute.

Earlier in Monday’s proceedings, Mpofu said that the 79-year-old Zuma should be spared the “cost and strain” of a trial by allowing him to appeal to the SCA, which would probably find in his favour.

“An old person must sit here for six months and go through a trial and then only complain. How can that be justice?”, Mpofu asked.

South Africa was a constitutional democracy, he said, and the relevant section of the law that allowed Zuma to appeal only after the trial had run its course, had to be interpreted while taking into consideration the interests of justice, appealability and “whether such a narrow interpretation can be entertained in such a constitutional democracy”.

There was a multitude of issues that needed to be vented in open court for Zuma’s trial to be fair, argued Mpofu and advocate Thabani Masuku SC, as Zuma’s legal teams have argued countless times.

Zuma was in the courtroom, listening intently to the arguments before the lunch break, his mask pulled below his chin. After lunch, his mask had been pulled over his mouth, leaving his nose exposed, and he started to doze off. The former president is on medical parole, which was granted about two months after he started serving a 15-month prison sentence in July 2021 for contempt of court in an unrelated matter.

Outside the court precinct, the crowds that used to gather in support of their hero were absent, with only a clutch of supporters in sight.

Mpofu also raised the issue of Downer being the subject of a police investigation. Zuma filed a criminal complaint against Downer at a Pietermaritzburg police station just days before Koen dismissed his special plea.

Zuma has alleged since he was first implicated in the Arms Deal matter 15 years ago that the National Prosecuting Authority (NPA) had been doggedly pursuing him for political means, and he has tried to use this as another reason he should not be tried. Most of the arguments Zuma has put forth as “proof” of this have been dismissed by various courts.

The former president alleged in his affidavit to the police that Downer leaked a “confidential” medical report via a third party to News24 journalist Karyn Maughan. Nothing in that “medical report” disclosed anything about Zuma’s medical condition, and it had already been filed with the court, making it a matter of public record.

Zuma said the “leak” was part of a pattern of unlawful disclosure of information that he has had to contend with throughout the matter.

The criminal complaint was laid in terms of Section 41 (6) of the NPA Act, which prohibits disclosing information without the permission of the NPA’s national director.

About the charges laid against Downer, Breitenbach said: “The mere fact that Mr Zuma has laid criminal charges against Mr Downer isn’t of itself a fact which could reasonably lead to a different outcome in relation to the special plea or to a different verdict or sentence [in the trial].”

Zuma is accused of receiving 791 payments, totalling R4.1-million, between 1995 and 2004 from his former financial/economic adviser Schabir Shaik and Shaik’s companies, to help arms company Thales, Accused Number Two, secure lucrative defence contracts from the government as part of the country’s multibillion-rand 1999 armaments deal.

Breitenbach told the court that the criminal trial – set down for April – had already been “delayed unreasonably” for Thales.

“Further delay will prejudice the interests of the general public, represented by the State, in having the defence and prosecution cases fully ventilated as soon as practically possible. It will also affect the right of the second accused… to have the trial in respect of its plea of not guilty conclude without further unreasonable delay.”

Breitenbach said that Zuma’s special plea was the latest in a long line of preliminary cases brought by both of the accused, “which have had the effect of obstructing and delaying the start of the criminal trial on the merits of the criminal charges against him”.

Koen is expected to deliver judgment on 16 February. DM