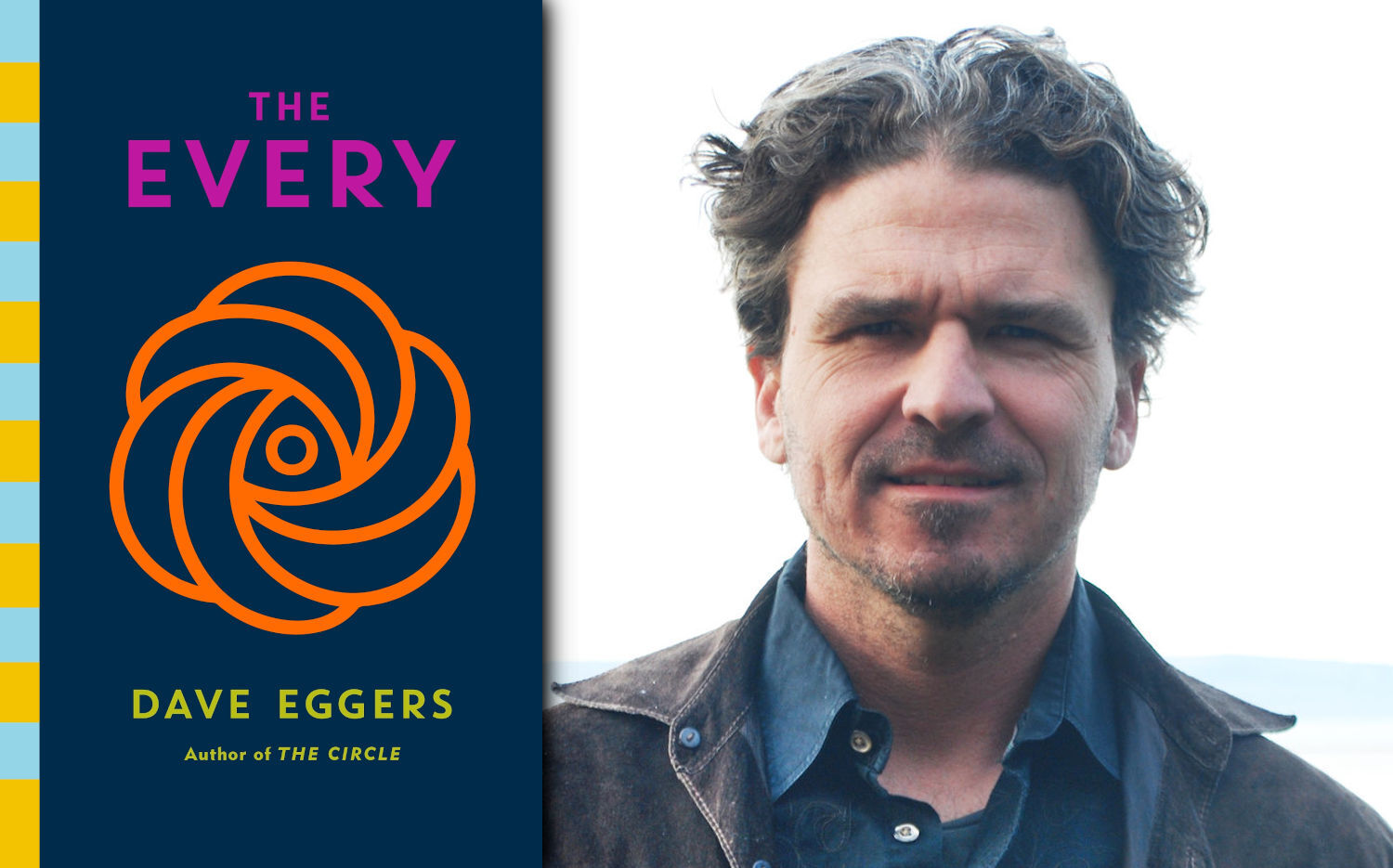 Does humanity truly want to be free? Blending satire and terror, 'The Every' contemplates the future of digital culture.

When the world’s largest search engine/social media company merges with the planet’s dominant e-commerce site, it creates the richest and most dangerous – and, oddly enough, most beloved – monopoly ever known: The Every.

In this excerpt, we meet Delaney Wells, an unlikely new hire at The Every. A former forest ranger and unwavering tech skeptic, she charms her way into an entry-level job with one goal in mind: to take down the company from within, to free humanity from all-encompassing surveillance and the emoji-driven infantilisation of the species.

But does humanity truly want to be free?

After the acquisition, a new logo was conjured. Essentially it was three waves crashing around a perfect circle, and hinted at the flow of water, the bursting of new ideas, of interconnectivity, at infinity. Successful or not, it improved upon the Circle’s previous logo, which implied a manhole cover, and easily beat the long-time logo of the e-commerce behemoth, which was an insincere smirk. Because the negotiations had been fraught and finally unfriendly, now that the merger was complete, it was unwise to use the e-commerce company’s previous name on campus; if it was mentioned at all, it was referred to as the jungle, lowercase j intentional.

The Circle had been in nearby San Vincenzo since its inception, but a fortuitous confluence of events brought them to Treasure Island, largely manmade, in the middle of San Francisco Bay – extending from a real island called Yerba Buena. This new landmass was built in 1938, the intended home of a new airport. When WWII broke out, it was converted to a military base, and in the decades since, its patchwork of airplane hangars were slowly converted to maker spaces, wineries, and affordable housing – all with breathtaking views of the Bay, the bridges, the East Bay hills. No developers would touch it, though, given the unknown military (and presumed toxic) waste buried under its abundant concrete. But in the 2010s, speculators finally worked out the mitigation, and glorious plans were drawn up. A new waterport was built, a new subway stop was added, and a four-foot wall was erected around the perimeter for the next few decades’ expected sea level rise. Then the pandemics struck, capital dried up, and the island was there for the taking. The only catch was California law dictated that access to the waterfront be public. The Every fought this quietly, then publicly, but ultimately lost, and a shoreline perimeter path around the island remained available to anyone who could get there.

Delaney spun left to find a man in his early forties standing before her. His head was shaved, and his large brown eyes were magnified by rimless glasses. The collar of his black, zippered shirt was positioned upward, his legs smothered in snug green denim.

After the pandemics, handshakes were medically fraught – and, many thought, aggressive – but no one substitute-greeting had been agreed upon. Dan chose to tip an imaginary top hat in Delaney’s direction. Delaney offered a brief bow.

“Should we walk?” he asked, and slipped past her, through the gate. He strolled not into campus but out into the island’s perimeter sidewalk.

Delaney followed. She had heard this was the way of most first interviews at the Every. With humans as with non-biodegradable toys, the Every did not want the unscreened, the unchosen, risking the infection of the campus. Each new person presented a security risk of one kind or another, and given that interviewees like Delaney had no clearances and had not been vetted in any thorough way – not beyond nine or so cursory AI screenings – it was best to conduct the first interview off-campus. But this was not what Dan said.

“I need to get my steps in,” he said instead, pointing to his oval, a ubiquitous bracelet able to track myriad health metrics, made by the Every and required by all insurers and most governments.

“Me too,” Delaney said, and pointed to her own oval, which she loathed with molten fury but which was integral to her disguise. Dan Faraday smiled. Every candidate, Delaney was sure, came wearing all possible Every products. It was not pandering. It was an obligatory ante before the game began. Dan motioned Delaney to cross the street, entering the public promenade.

Forgive me, Delaney thought. Everything from here on out is lies. DM/ ML

The Every by Dave Eggers is published by Hamish Hamilton (R320). Visit The Reading List for South African book news – including excerpts! – daily.