Want to be moved and excited by science? This week we’re listening to ‘Ologies’ 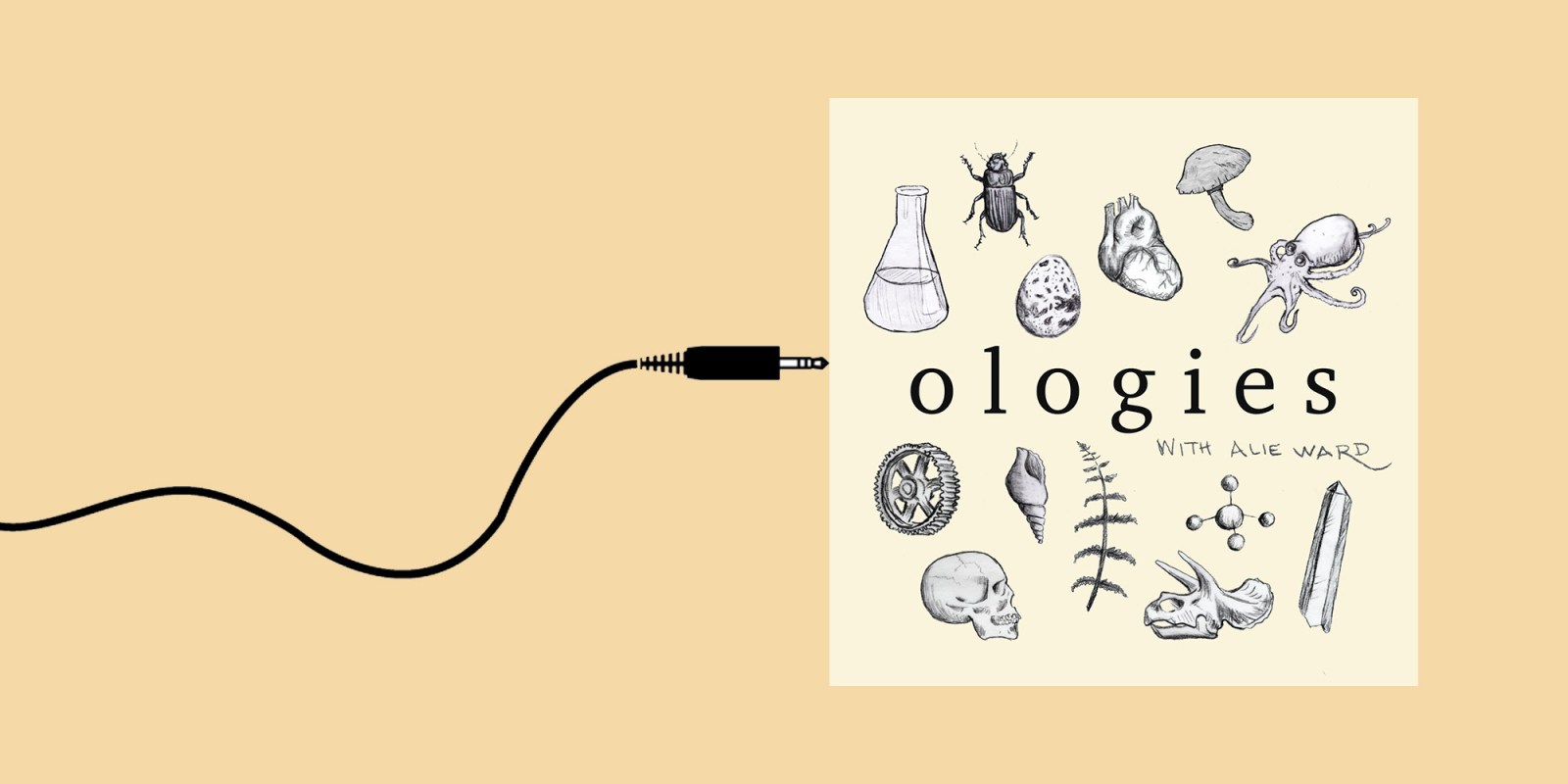 The world is full of fascinating landscapes, organisms, phenomena and people. Equally interesting are those who study them, and have made careers out of investigating down to the most minute detail. From forensic ecology to dolorology, ‘Ologies’ is a podcast for the listener who never wants to stop learning.

Ologies is a titan of the podcast world. In production since 2017, there are a multitude of episodes to choose from, each featuring a new, intriguing guest and full to the brim with stories that keep the listener hooked.

Alie Ward is an articulate and knowledgeable host and is no stranger to unpacking dense scientific topics and repackaging them for the layman’s ear. She studied science and film in college and is now a Daytime Emmy Award-winning science correspondent for CBS, acts as a consulting producer for shows on Netflix, HBO Max and Amazon Studios and has appeared on Netflix’s science series Brainchild and Science Channel’s How to Build Everything. Ologies was also named one of Time Magazine’s top 50 podcasts in 2019. In short, Ward knows how to capture people’s attention and reel them into a world of intrigue and discovery.

The show is divided into broad topics such as animals, culture, mathematics and the body, but the ologies that make up these four categories are all unique and are as fascinating as the next. The topics are convenient to find an episode in the range of something you are interested in or in the mood for, but they are far from limiting.

Each episode features a new “ology” and introduces the listener to a guest who works in that field. The show includes some more well-known names such as Dr Laurie Santos, who studies happiness, and Hank Green who speaks about the makings of TikTok and social media; there are also many individuals whose studies are more obscure, but equally interesting, such as Cameron Weiss and horology (the study of watches) and Tim Winegard and hagfishology (yes, the study of hagfish).

There are shows on volcanoes, cocktails, apes and taxidermy, mortuary make-up, space, bugs and postcards. If you have a specific theme in mind that you want to learn more about, chances are you’ll find it, and you’ll walk away with so much more than you could have expected.

The episodes also dive beneath the surface, asking how the guests became interested in their fields, the challenges they overcame to get to where they are and the skills they need to do their jobs. This is a space where curiosity reigns, and what is evident throughout the entire show is that when you talk to people about their passions, you are in for stories that are driven by joy and the infinite desire for knowledge.

These guests all have unique and specific jobs, but they are all eager to share what they have learnt, and a common thread throughout every episode is that they all hunger for more people to join their field and contribute new research. (If you have a teenager with no idea what to do after matric, Ologies might be the perfect show to put on during the morning drives to school).

On that note, Ologies also produces shorter episodes called “Smologies”, which are kid-friendly with no profanity or content that may be inappropriate for younger audiences, and is a condensed, compact version of the full-length episodes.

The Ologies episodes end with questions from listeners, and although submitting questions is a perk reserved for Patreon subscribers, this nevertheless adds an interactive element to the show. These questions offer different insights and are often queries that the listener may have been thinking of themselves. On the other hand, it is always interesting when the questions are from listeners in a similar field, as they ask questions that Ward may not have thought to ask, and in those moments, the sense of camaraderie in the sciences is joyfully tangible.

Ologies is a fascinating delve into worlds unknown and the beauty of our planet and beyond, and is an audio celebration of existence in its purest form. There is always more to learn. DM/ML