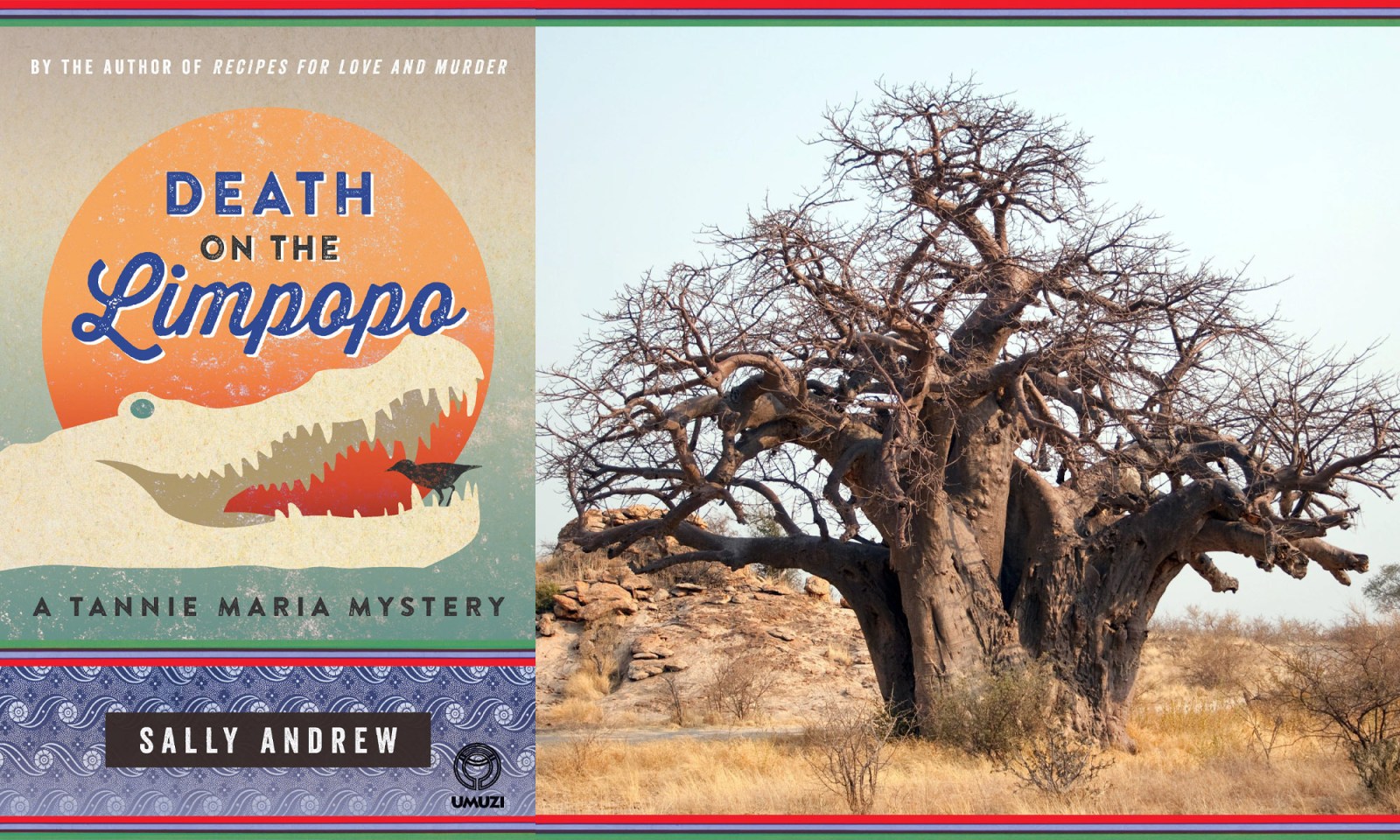 Sally Andrew is the author of a series of Tannie Maria murder mysteries set in the Klein Karoo. In this monthly column, Daily Maverick collaborates with the (fictional) ‘Karoo Gazette’ to share some of Tannie Maria’s stories, letters and recipes.

Zaba put on her backpack and adjusted her moonbag, and we walked to a small wooden gate. Next to it was a metal sign with a quote from Rudyard Kipling. I ran my fingers across the words, and I could hear my father reading them to me:

At last he came to the banks of the great grey-green greasy Limpopo River, all set about with fever trees.

We went through the gate, along a raised wooden walkway, and I stepped into Dad’s postcard. There was a forest of fever trees. Tall and thin, with greenish-yellow trunks and bare branches. Further away were low brown hills with a tree here and there. Oh, and there one stood, not far from the boardwalk: a fat baobab. With bark that was both smooth and wrinkled, like skin. It had no leaves, and its branches were reaching out to the sky, and to me, like thick arms with many fingers.

Some people call baobabs “upside-down” trees, because their roots seem to be in the air. But I thought it looked just the right way up. We had waited a long time to meet, and although the tree was a distance away, I could feel how friendly it was. A bird with a curved yellow beak flew across the sky and the baobab welcomed it onto a branch. If that tree was a tannie, I thought, it would bake delicious scones and give good hugs.

“A hornbill,” said Zaba. She had seen the bird too.

We walked along the raised boardwalk, through the fever trees, and reached a small lookout point with a wooden roof and bench.

“And here is the Limpopo,” said Zaba, pointing down.

But it was not the great grey-green river I’d expected. It was a wide, sandy riverbed with a few dark pools.

“But where is the water?” I asked.

“It’s winter now,” said Zaba. “This is a summer-rainfall area.”

“The Limpopo without water,” I said, trying not to show my disappointment to my sister or the river.

Zaba pointed at a green pool beneath us.

I saw the long, fat crocodile, and was no longer disappointed.

It was lying in the sun on the sand. A scaly and ancient beast, like Dad had described in his letter. Its yellow eyes were slightly open, in an “I-own-this-place-and-I’ve-owned-it-for-a-million-years” kind of way.

Author reading from Chapter 74, accompanied by a kingfisher and other birds.

Cooked on a fire.

In a large bowl, beat together the egg and sugar until creamy and light.

Beat in the apricot jam well, then beat in the evaporated milk and the vinegar.

Mix together the flour, cream of tartar or baobab powder, and the bicarbonate of soda in a separate bowl. Add a little at a time to the milk mixture, mixing well.

Grease a flat-bottomed cast-iron pot (25-30cm) with oil, then pour in the batter.

Place the pot about 15cm above moderately hot coals. If your pot or grid does not have legs, use bricks or a trivet to raise the base of the pot off the coals.

Put on the lid and place a few coals on top.

Baking time is about 40 minutes, depending on the heat of the coals.

Make the sauce in a small pot on the stove or fire. Bring the milk, sugar and butter to a gentle boil, stirring continuously. Remove from the heat, then stir in the Amarula liqueur and vanilla essence.

The pudding might collapse in the middle once removed from the heat. Don’t worry, this is normal. Pour all of the hot sauce over the cooked pudding. It will pool on the surface. Give the pudding a chance to drink in all the sauce.

Tip: If you can’t get Amarula liqueur, you can use brandy. DM/ML

This letter and Tannie Maria’s recipe are an excerpt from Death on the Limpopo. You can buy Sally Andrew’s books here.