Spike in snare trap placements leading to uptick in wil... 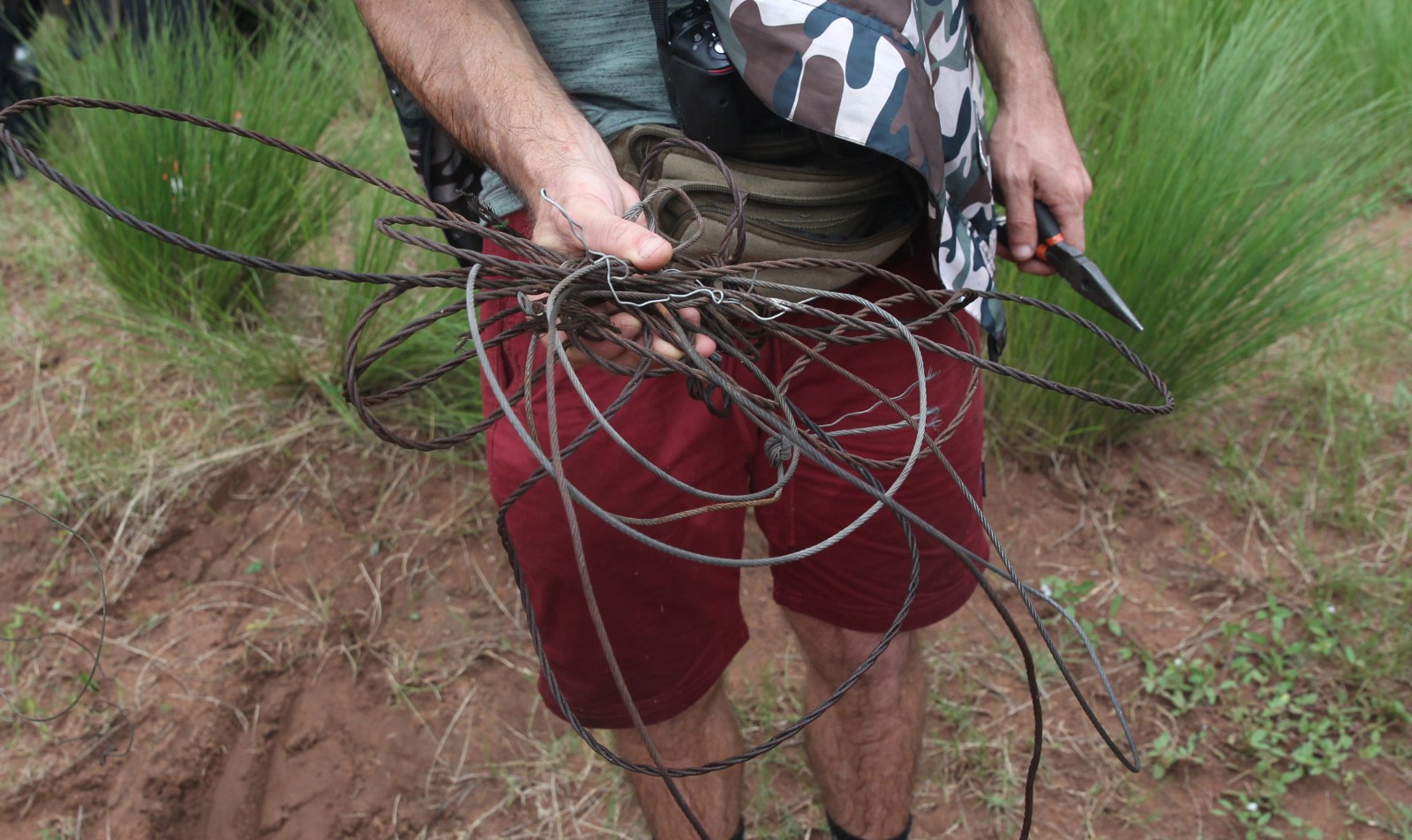 The emergence of Covid-19 has dealt a huge blow to wildlife as signs indicate an increase in the rate of poaching for food.

Anti-poaching groups have blamed socio-economic problems for the rise in poaching and snaring in various protected areas such as game reserves.

Speaking after a recent sweep of snares at Tala Collection Game Reserve, located between Easton and Camperdown in KwaZulu-Natal, Lawrence Reed, founder of Rave Rhino and Wildlife Project on Sunday, 16 January, said they had seen an increase in the number of snares being discovered at the game reserve.

Reed said their anti-poaching team based at the reserve since 2015 had noticed that the socio-economic challenges associated with Covid-19 had had an impact on the rise in poaching of wild animals roaming around in the reserve.

On 16 January, the team of volunteers including Snare Aware, PAWZ Africa and Rave Rhino and Wildlife Project discovered 12 snares at one of the hotspot areas of the reserve.

This is after the team set out early in the morning, braving bugs and thorny bushes, to ensure that they rid the nature reserve of the snares that have been responsible for killing dozens of wild animals located in the area.

Reed said they started working in the area after three rhinos were poached in 2014.

“Three rhinos were poached in 2014. Two died and one survived,” said Reed.

He said hearing about this compelled him to play a part in protecting the wildlife at the reserve.

Since they started operating in the area, he said there hadn’t been any instances of rhino poaching.

“We have guys watching them day and night, following them everywhere they go. We have found that this helps in protecting them,” he said.

Reed said the one problem that they seem to have now is that of snares being set up.

“Since the beginning of Covid-19 it’s been worse as people are battling to make ends meet,” he said.

He said their team tries to do sweeps every month but due to them being a small group they don’t manage to do them as often as they would like.

He appealed to the community to volunteer their time in helping the wildlife that is in danger due to poachers who come in and set up snares in the reserve.

He said a year ago they found 80 in one day.

While the team of anti-poachers and volunteers was searching on Sunday it came across 12 snares in one area of the reserve.

“Yesterday, was a good day because there were less (snares found). Sometimes it’s better to find nothing,” he said.

The reserves boast the likes of giraffes, kudus, waterbuck, zebras, rhino, impala and other wild animals. There are no predators in the reserve.

Reed said it would be great to see more people coming to assist them in protecting these animals while enjoying the scenery.

He added that they were grateful to see people coming out on Sunday.

The Snare Aware team made up of volunteers took the lead in assisting with identifying the snares at the reserve.

The team, who prefer their names not to be revealed in an effort to protect its members, has been working tirelessly since 2020 to rid various protected areas and reserves of snares.

Speaking after the snare hunt on Sunday, the founding member of the organisation, who asked that his name be kept anonymous, agreed with Reed that they have been seeing a rise in the number of snares found after the rise in the Covid-19 crisis.

He said in other protected areas such as the Kruger National Park, they have found as many as 1,000 snares in one month as funding to protect the areas has diminished.

He added that the other concerning factor was that some of the poachers were setting up the snares everywhere and having them find the decomposed animals — which shows that not all poachers are hunting for food.

He said they are glad they were able to remove the 12 snares, which meant saving at least 12 animals that could have been caught and killed.

According to Snare Aware, the game reserve team had been removing large amounts of snares over the years and they decided to give the team a helping hand.

Tala Collection Private Game Reserve manager, Charl Fick who has been at the reserve for the past year, said snaring and hunting with dogs was a massive problem at the reserve. He said this was partly due to the level of poverty among some of the communities neighbouring the reserve.

The high number of snares found led to the reserve’s team contacting Snare aware and groups such as PAWZ Africa to assist in protecting the animals while ridding the reserve of snares.

Fick said he had been following Snare Aware on their Facebook page and made contact with them leading to the sweep on Sunday.

While they are not happy to have found the snares Fick said they were glad to have removed them.

“It’s not nice having snares there, even if it is one,” added Fick.

Fick said they are aware that they will never get rid of this problem but they were going to carry on continuing with the sweeps in an effort to protect the wildlife at the reserve. DM/OBP