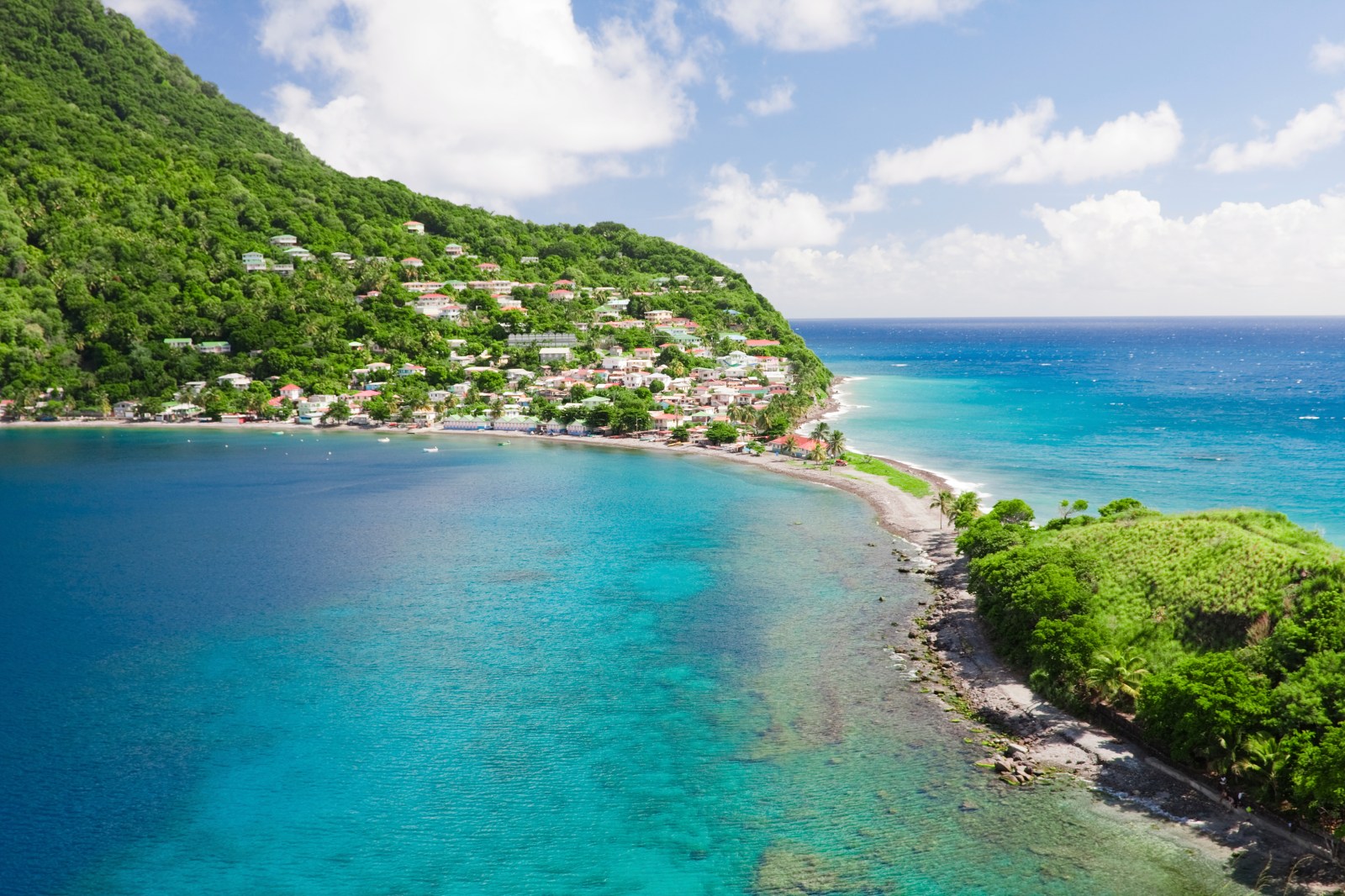 Does a tropical paradise with rugged volcanic mountains, waterfalls, beaches and rainforests seem too much like a fanciful dream? The Caribbean’s best kept secret, the Commonwealth of Dominica, is that under-the-radar destination on everyone’s bucket list. Along with its beautiful natural surroundings, Dominica is a safe, stable, and sustainable island that has been attracting investors for almost three decades. Acquiring second citizenship has become an increasingly popular route to achieve this dream, and for as little as circa R1.5 million, one can become a citizen of Dominica.

We all want to provide a safe future for our families and ourselves – it’s human nature. While South Africans love their country fiercely, investing in second citizenship is that extra layer of insurance everyone needs to ensure a secure future.

Considering the pandemic’s negative impact on the global economy and the political instability in many parts of the world, it has become clear that unpredictability has become the new normal. This has encouraged wealthy South Africans to look for a Plan B in order to protect not only their wealth from economic and political uncertainty but also the futures of their children and their children’s children.

Dominica’s Citizenship by Investment Programme offers individuals and their families a relatively quick and affordable Plan B without physically relocating, going through extensive interviews, or waiting years as commonly associated with the traditional immigration process.

From the Rainbow Nation to the Nature Island

Dominica’s Citizenship by Investment Programme is just one year older than democratic South Africa, and just like the Rainbow Nation, Dominica boasts a flattering nickname: The Nature Island.

It is a nickname that Dominica lives up to because it is one of the most beautiful places on earth. Thanks to its volcanic origin, it boasts a pristine coastline, acres of unspoiled tropical rain forest, incredible marine biodiversity, and several natural hot springs.

And while South Africans bemoan the latest scandal or rage against the rolling blackouts, Dominica’s government continues to receive praise from global organisations like the International Monetary Fund (IMF) for its consistent governance and economic growth.

The nation is run by a strong and trusted government, which continues to work on transformational projects in order to create a Dynamic Dominica to fulfill its goal of becoming the world’s first climate-resilient nation. Over the last 20 years, the government of Dominica has made major strides in improving the lives of its citizens.

As the nation recovers from the economic impact of the global pandemic, the IMF expects the country to grow its Gross Domestic Product (GDP) 5% yearly from 2022-2026.

Furthermore, with its beautiful, lush greenery and natural environment, Dominica recently ranked as one of the safest countries in the Caribbean and Latin America in the new World Citizenship Report.

“We offer citizens of other nations the opportunity to be a citizen of Dominica, providing families with a greater sense of security to ensure that opportunities for their children are better,” said Dr the Hon Roosevelt Skerrit, Prime Minister of Dominica.

Dominica also provides many opportunities for South African businesspersons to grow their businesses, whether they want to make Dominica their base or expand operations abroad. The business environment is welcoming and provides access to various other markets. The tax system is simple to navigate, and the currency is pegged to the USD.

The Commonwealth of Dominica, not to be confused by the Dominican Republic, is located halfway along the Eastern Caribbean archipelago and is one of the Caribbean’s best-kept secrets offering investors and travellers a different kind of island escape.

Many well-seasoned world travellers are unfamiliar with this under-the-radar island. Unlike other islands, Dominica’s beautiful natural surroundings, flora and fauna thrive in pristine conditions without crowds of tourists. That said, the burgeoning eco-tourism industry is well-positioned to take full advantage of the tourism market.

The nation has welcomed several luxury eco-tourism resorts – from renowned hoteliers such as the award-winning Secret Bay,  Hilton, Marriott and Kempinski alongside popular boutique eco-villas like Jungle Bay – invested heavily in small businesses. The nation is also constructing a new international airport that will open Dominica up to the rest of the world.

Established in 1993, the Dominican Citizenship by Investment Programme is one of the oldest in existence. The programme offers two channels of investment: a one-time contribution into the Economic Diversification Fund or the purchase of Approved Real Estate Investment.

After successfully passing its multi-tiered vetting process, successful applicants gain second citizenship along with global mobility, the right to live, work and study in the nation, as well as the ability to pass down citizenship for generations to come.

Dominica’s programme has remained the best second citizenship option in the world for the last five consecutive years, as ranked by the CBI Index, published by the Financial Times’ Professional Wealth Management (PWM) magazine. Its appeal derives from the programme’s affordability, transparency and the wide range of benefits it offers its citizens.

Dominica provides one of the most family-friendly options on the market, enabling investors to add an extensive range of dependents to an application. Under its world-leading citizenship programme, families that triumphantly pass the necessary security checks can gain citizenship within ninety days.

Those who meet Dominica’s citizenship requirements, pass a robust vetting process and make a qualifying investment can enjoy a wide variety of benefits, including the right to live and work in the country, full citizenship for life, and the ability to pass citizenship on to future generations.

The idyllic Caribbean island offers one of the best living standards in the region. It is also politically and economically stable, with a low crime rate and rich investment opportunities.

With Dominican citizenship comes enhanced travel freedom and proximity to the United States with a currency pegged to the dollar and a safe home in a stable democracy.

Most attractively, applicants do not have to travel to Dominica to apply, nor do they need to fulfil a residency requirement.

Dominica’s focus on the rule of law, its robust health and education systems, the island’s growing tourism economy, and the priority it holds for families looking for a second country to call home are some of the reasons it has become an attractive investment for South Africans.