Blinken arrives in Ukraine, says Russia could attack at... 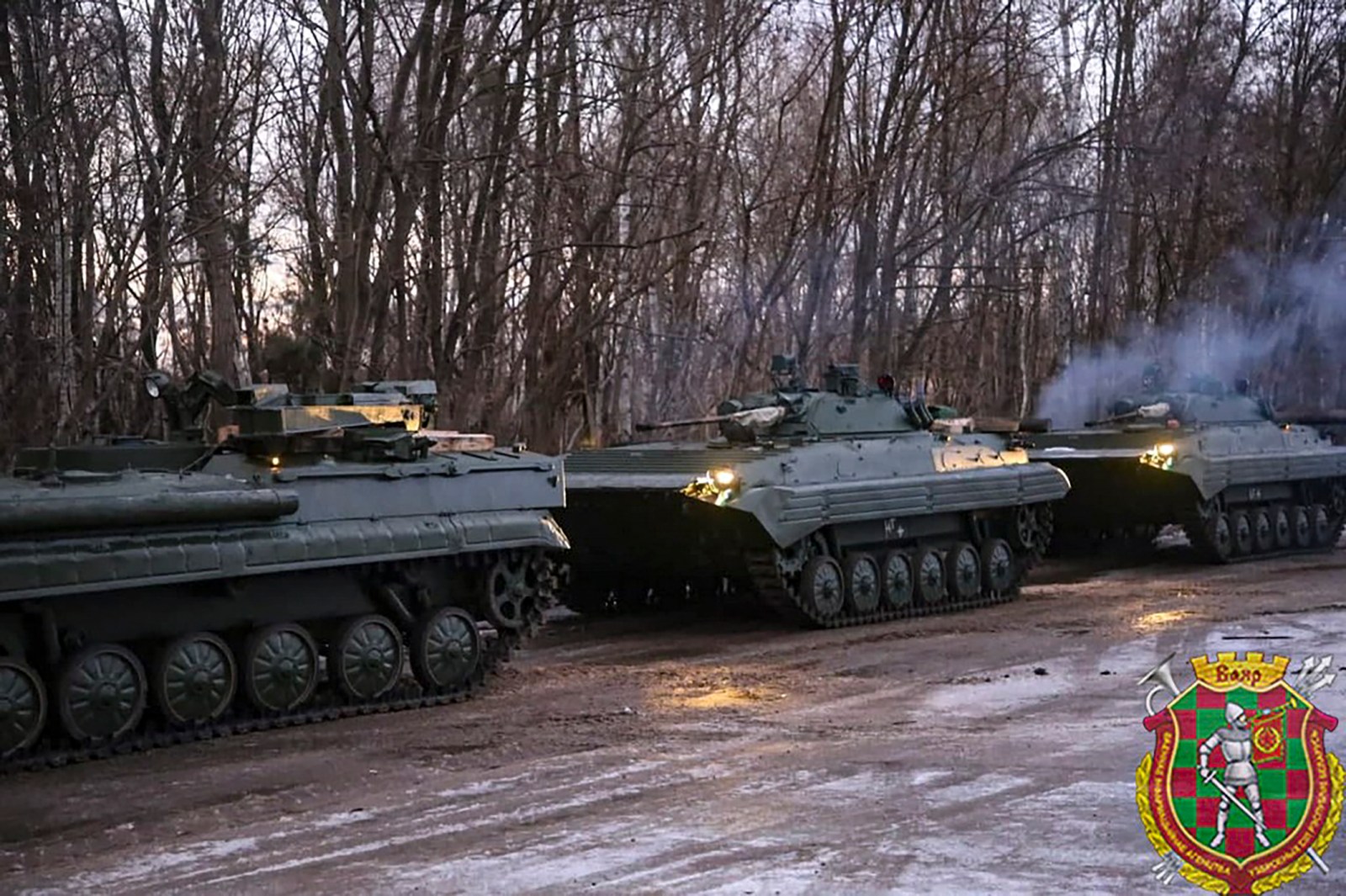 epa09693065 A handout photo made available by the Belarus Defence Ministry press service shows Russian military vehicles arrive for Russia and Belarus joint military drill 'Union resolve 2022' in Belarus, 18 January 2022. The joint military exercises of the armed forces of Russia and Belarus 'Allied Resolve - 2022' will be held from February 10 to 20. Joint maneuvers between Russia and Belarus will take place against the backdrop of 'the ongoing militarization of European countries.' According to Belarusian President Alexander Lukashenko, the military will work out 'opposition to the forces of the West - the Baltic states and Poland - and the south - Ukraine'. EPA-EFE/BELARUS DEFENCE MINISTRY PRESS SERVICE / HANDOUT HANDOUT EDITORIAL USE ONLY/NO SALES

KYIV, Jan 19 (Reuters) - U.S. Secretary of State Antony Blinken arrived in Kyiv on Wednesday in a whistle-stop diplomatic push to defuse tensions with Moscow over Ukraine, warning that Russia could launch a new attack at "very short notice".

Blinken will meet Ukrainian President Volodymyr Zelenskiy and then travel to Berlin for talks with allies before going to Geneva to meet Russian Foreign Minister Sergei Lavrov after negotiations last week produced no breakthrough.

Russia has massed tens of thousands of troops near Ukraine’s borders in what Kyiv and its allies fear could be preparation for a new military offensive against Ukraine.

Adding to the jitters, Russia moved additional troops into Belarus this week ahead of what Minsk said were planned joint exercises next month. Moscow denies plans to launch an attack but has pressed Washington for security guarantees, including a block on Ukraine joining the NATO alliance.

Speaking to diplomats at the U.S. embassy in Kyiv, Blinken said he strongly hopes that Russia can stick to a diplomatic and peaceful path when he meets Lavrov, and warned that Russian President Vladimir Putin could give the order to attack at short notice.

“As you all know very, very well, we have been engaged in the past couple of months in an intense focus on Ukraine because of the significant buildup we’ve seen of Russian forces we’ve seen near the Ukrainian border,” Blinken said.

The Russian buildup, he said, was taking place with “no provocation, no reason.”

Russia’s actions had attracted the attention of Washington, and also of its allies in Europe and beyond, he said.

U.S. President Joe Biden’s administration last month approved the provision of an additional $200 million https://www.reuters.com/world/us-approved-200-mln-defense-aid-ukraine-december-state-department-official-2022-01-19 in defensive security assistance to Ukraine and gave more such aid last year than at any point since Russia’s annexation of Crimea from Ukraine in 2014.

State Department spokesman Ned Price said Blinken’s visit was “to reiterate our support for Ukraine’s sovereignty and territorial integrity”. Washington has warned Russia of severe consequences if it mounts a new offensive, while promising to beef up its security presence in Europe.

“Should Russia further invade Ukraine, we will provide additional defensive material to the Ukrainians above and beyond that which we are already in the process of providing,” a State Department official said ahead of Blinken’s arrival.

Then in Berlin he will meet German Foreign Minister Annalena Baerbock and later the Transatlantic Quad, referring to a format that involves the United States, Britain, France and Germany.

Germany signalled on Tuesday that it could halt the Nord Stream 2 https://www.reuters.com/world/europe/germany-signals-it-could-halt-gas-pipeline-if-russia-invades-ukraine-2022-01-18 pipeline from Russia if Moscow invades Ukraine.

Blinken spoke with Lavrov on Tuesday and the two decided in the call that it would be useful to meet in person.

Despite diplomatic engagements this month, Washington has yet to see Russia de-escalate tensions and Moscow could launch an attack on Ukraine at any time in January or February, a senior U.S. official said earlier.

“We are now at a stage where Russia could at any point launch an attack on Ukraine,” the official said

Kyiv has sought weapons from Western nations to shore up its defence. On Monday, Britain said it had begun supplying Ukraine with anti-tank weapons to help it defend itself.