Allium: A small kitchen of many layers 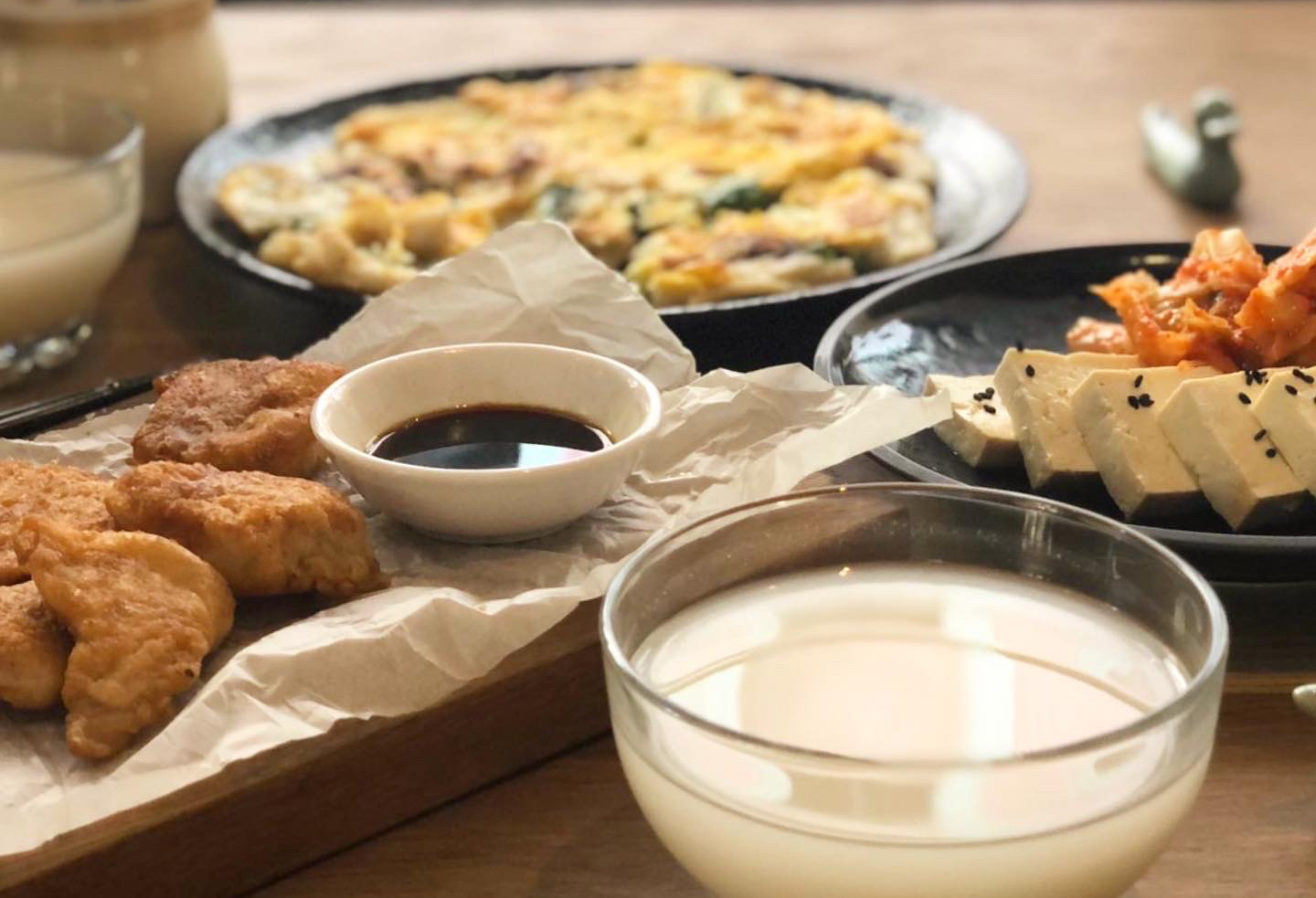 In the middle of Cape Town Sepial Shim serves sublime cuisine that has somehow yoked the tastes of West and East.

Allium (the new name for Sepial’s Kitchen) is located in a slit-throat area of Cape Town, down near the Parade, in what was once a shop. It is cavernous and deliciously cityscaped; squashed between pink art déco buildings like wedding cakes and Edwardian neo baroque falling apart (one door seems off its hinges), edifices which in the last 20 years have dropped into disarray. The atmosphere is raw, but as so often happens in Africa, not scary, more lounge-about friendly.

The large front windows, once a shop frontage, are open to the street. An old man in a striped gallebaya rolls a cigarette and an ancient woman pulls a cart full of trash – there’s money in muck.

There is a juggler’s box of Korean names that twist your tongue but the decor, with the stripped down old brick walls, no pictures, is tranquil and has the restorative charm of an old historic building that has been through many lives. Allium is the name of a plant genus that includes onions, garlic and shallots.

Sepial’s first restaurant, Sepial’s Kitchen, has garnered star-lit reviews. “Sepial’s Kitchen is absolutely delicious! I think this is the best meal I’ve ever had – the most incredible tastes and textures! The place is small and unassuming which adds to its charm, and the staff are lovely and friendly.” – Tripadvisor.

The kitchen is open plan and you can see Sepial working. The menu at Allium is, like the décor, simple. We started with seaweed and cucumber salad, with a vinegariness that takes getting used to. Then came a cornet-shaped wrap filled with rice and flavoured with ssamjang which is a soya bean paste with that strange flavour that is always found in Asian food and which I have an ambivalent relationship with, smells a bit like a cupboard that has not been opened for a while. I made such a mess of eating the rice cornet that I was offered a plate.

And of course the famous kimchi which many westerners are not familiar with. There are a lot of different varieties of kimchi made with different vegetables. There is even a museum in Seoul dedicated to this product.

Sepial makes her own kimchi and I tucked in without thinking. Hot. Be cautious. The next course was fried soft-centred chunks of local Sea Bream. Melt in your mouth. The dressing, Yuzu Wasabi, was separate and the kimchi was still on the table. Yuzo Wasabi is the equivalent of our vinaigrette but a bit spicier and fulsome, see recipe below. I made some when I got home and it does perk up a salad.

Combine the mustard, vegetable and olive oil in a cup. Mix in a bowl the wasabi powder, lemon juice, rice vinegar, Dijon mustard, yuzo kosho powder and soy sauce. Slowly add the oils to the mixture, mixing constantly. Leftover vinaigrette can be refrigerated for one week.

The fried pork belly, most eaten by my guest, who gobbled it, was taut and sinewy, ribbed in fat. There was also spicy trotter ssam (a wrapped Korean dish) which I would have preferred because I love any offal but we were under the direction of the young Korean waiter. The sauce was piquant, somehow red, which I thought was tomato or chilli but turns out to be Yuzu powder. I am not a fan of these flavour powders used in Asian cooking but Sepial seems to understand the delicacy of correct proportion.

The coup de foudre was the chicken. I learn Korea is known for its chicken. I don’t usually eat chicken but one mouthful and I was on the moon at the crunch (surely that was a tiny bone softened that I just held between my incisors?). It is cooked with its skin on and makes most western chicken dishes seem a bit hospital-tray; this chicken has real vim and takes a bit of elbow to make. It really hits you in the face like a cold penny. This cuisine has somehow yoked the tastes of West and East.

I had a sense that most of the food was premade, it arrived so rapidly, but checking on the internet I see this is a characteristic, done with detailed knowledge of health in mind and using a lot of fermented vegetables. Part of Korean cooking is understanding spoilage and preservation. Sepial is hygiene-alert and closed the restaurant when I was there because of the new Covid scare. I think this is reassuring about any new food outlets.

With Sepial it is a single issue passion, this cooking. I discovered her at her stall at the Oranjezicht City Farm Market, a world class market which makes living in Cape Town for foodies a real possibility. Currently the stall seems to be her main business and the little restaurant in Parliament Street, a side hustle. Personally, I much prefer restaurants to stalls and it was wonderful to be waited on by a young Korean man who explained each dish. However, a lot of the dishes I had read about on the internet were not included. Where were the glass noodles and mushroom dish, the Mochi with Macha ice cream, the Perilla crisps?

Korean food names twist your tongue with its clash of consonants; bibimbap, balgogi, jjajangmyŏn. Korea has its own impossible language created in the 15th century.

I have eaten a lot of Asian food in my life. Living in big cities, it was often what I could best afford. Much of it, I often thought, was like a really fancy piece of porcelain you should like but you don’t care when it breaks. However, Korean cooking has not yet been culturally knackered like so –many other Asian cuisines; there are still surprises to be found.

I find I discover good food, not by advertisements, not even word of mouth, but by pure instinct. When I first met Sepial, I recognised something dedicated in her face, almost religious, that I have seen in other great cooks.

Food is an important part of Korean cultural identity. In the diets of even the most Westernised urban dwellers, traditional Korean cuisine, which emphasises grains – especially rice – and fresh vegetables, continues to occupy a bold role even amid the popularity of pizza, hamburgers, sushi, Chinese food, and other foreign dishes.

She is a careful host, explaining and noting any discomfort or difficulty.

Allium, 37 Parliament Street, open only on Thursday and Friday nights during Covid, essential to book. Take your own wine. 087 702 4505