Renewal in the ranks: ANC must excise the systemic rot afflicting the party 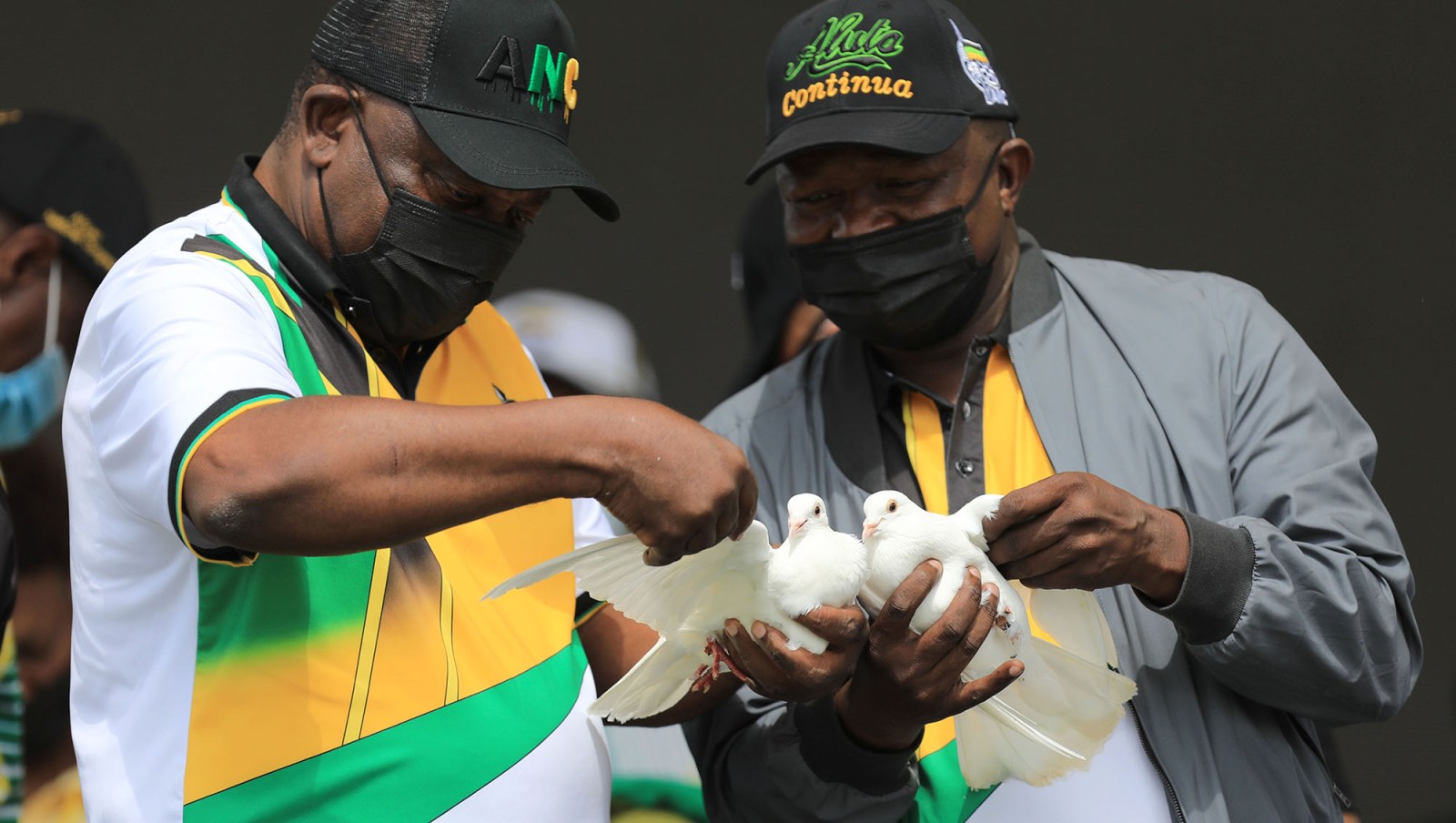 The ANC has committed to ridding its ranks of corrupt members, but the release of the Zondo Commission’s first report shows how difficult that will be, especially in an election year.

The ANC National Executive Committee’s (NEC’s) January 8th statement, delivered by President Cyril Ramaphosa in Polokwane on Saturday, repeatedly acknowledged the need to renew the movement – to urgently prioritise social and economic transformation while confronting wrongdoing within the party’s ranks. Both the ANC’s future electoral prospects and South Africa’s development are framed as dependent on the renewal agenda.

“The ANC must strengthen organisational discipline and address misbehaviour and corruption within our ranks. Our principled programme to implement the step-aside rule must continue,” the NEC stressed.

It called on structures to “accelerate and intensify the renewal and rebuilding of the ANC and act decisively to ensure that those who are guilty of corruption, ill-discipline, factionalism and undermining our democracy find no home in the organisation”.

The ANC is well aware of its contradictions. A number of NEC members, such as Malusi Gigaba and Nomvula Mokonyane, who were part of drafting the statement, are accused of being involved in State Capture, which the NEC called “a systematic attempt at siphoning off public resources” that “had the effect of undermining our democratic state and threatening our programme of social and economic transformation”.

The NEC statement endorsed the party’s step-aside rule, one of the key anti-corruption achievements under Ramaphosa’s leadership, and repeated that members reported to be involved in “corrupt and other serious criminal practices” must report to the ANC Integrity Commission. Such measures, however, won’t do enough to address the systemic corruption afflicting the party.

Part One of the Zondo Commission’s report, released last week, highlighted how systemic the rot within the party is. It essentially acknowledged what many, both inside and outside the party, have long known, that the ANC is unlikely to save itself from corruption.

In his report, acting Chief Justice Raymond Zondo said: “It is a matter of extreme concern that the evidence given at the Commission establishes a link between the corrupt grant of tenders and political party financing. Such a link can represent an existential threat to our democracy. It is inconceivable that political parties should finance themselves from the proceeds of crime, and yet there is alarming evidence to that effect.”

Zondo noted the examples of former Johannesburg mayor Geoff Makhubo and the company EOH, the Free State government and the asbestos auditing contract, and Bosasa and its various state contracts and donations to the ANC.

While Zondo only used three examples of the links between allegedly corrupt tenders and political party funding, his report was clear that members of the executive had abused state institutions for their personal benefit and that of their corporate allies.

Zondo still has to submit two more reports but his first already has far-reaching ramifications for the ANC, recommending an overhaul of the government procurement system and the establishment of an anti-corruption body free of political oversight.

The party’s January 8th statement said: “The work of the Commission is vital to the national effort to place the era of state capture behind us and ensure that such events are never allowed to happen again. The ANC will support government in effecting the measures required to eliminate conditions and conduct that enable state capture and systemic corruption.

“We will put in place mechanisms to process any parts of the Commission report that pertain to the organisation, its deployees or members and to consider how the Commission’s recommendations can help to enhance the fundamental renewal and rebuilding of our movement.”

The reality is that ANC members at all levels of government have used the tender system to get kickbacks to enrich themselves and further their political ambitions in the party’s regional, provincial and national elections.

Ramaphosa is keen to attribute such behaviour to State Capture and former president Jacob Zuma’s “nine wasted years”, but personal protective equipment corruption during the Covid-19 pandemic and the Digital Vibes scandal during his presidency prove the problem is endemic.

Curtailing such corruption in an ANC election year is especially difficult. In December, branch delegates will vote for the party’s top six and a new NEC. Leaders are looking to boost their coffers for campaigning events and, in some cases, to try to buy votes. Acting against influential leaders implicated in corruption comes with consequences as they threaten to rally behind rival candidates. Losing such support could mean losing the party’s elections.

ANC National Chairperson Gwede Mantashe and NEC member Mzwandile Masina this weekend both warned against using the Zondo Commission’s reports to settle scores. Ramaphosa has so far been reluctant to act against those accused of corruption, except for the odd Cabinet reshuffle, but any moves he now makes based on Zondo’s evidence will be portrayed as vindictive attempts to purge his opponents.

The NEC was resolute on the party’s birthday this weekend that no corrupt or counter-revolutionary forces would prevail: “No resistance, even from within our ranks, can force us to abandon the cause of truly being the ANC of the people.”

But the ANC is a victim of its own actions. It acknowledges that some members have given up on representing the people and would rather steal from and sabotage democratic institutions than be held accountable.

Its internecine internal politics promote rather than preclude corruption and the party’s only chance of renewal depends on its commitment to implement reforms to curtail corruption, which will cause a haemorrhage to its own funding. DM