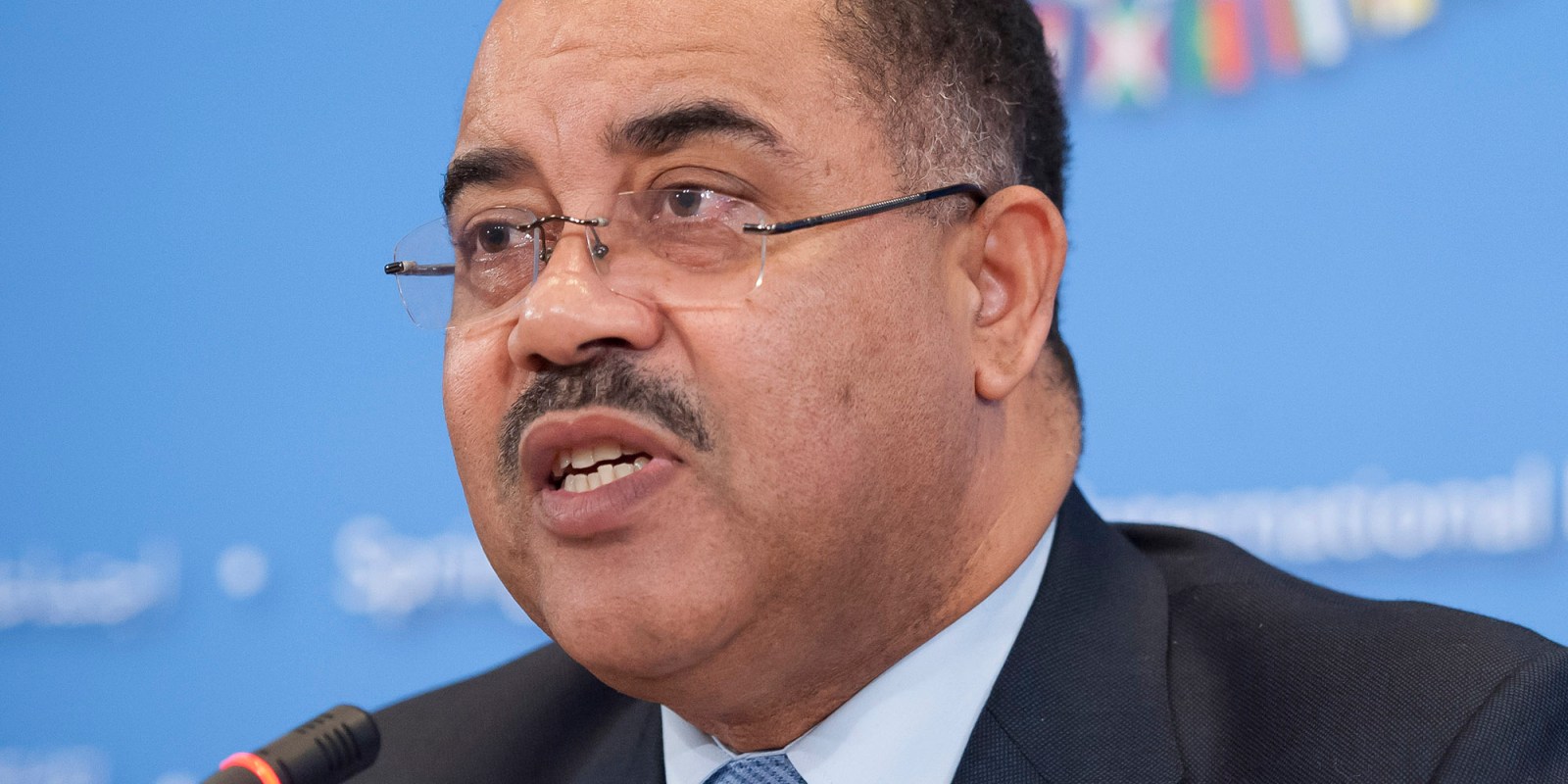 Manuel Chang, Minister of Finance of Mozambique, is awaiting a decision on whether he will be extradited to the US or Mozambique, having been in custody in South Africa since 2018. (Photo: Flickr / Ryan Rayburn)

The corruption trial won’t boost governance if those who designed and concealed the scheme are not prosecuted.

The high-profile corruption trial of Mozambican politicians and officials — followed on live television throughout the country — is drawing to a close with many questions outstanding. So far, it seems the top-level politicians won’t be held accountable for their role in the massive debt scandal that has cost the people of Mozambique dearly.

Former finance minister Manuel Chang, who signed the illegal sovereign guarantees allowing the contracting of $2-billion, is awaiting a decision on whether he will be extradited to the United States or Mozambique. He has been in custody in South Africa since 2018.

Armando Guebuza, who was head of state when the debts were contracted, is expected to testify in February in the ongoing trial that started in Maputo in August 2021. But he’ll appear before the court as a witness — not a defendant.

Guebuza’s inner circle, including his eldest son Armando Ndambi Guebuza, personal assistant Maria Inês Moiane and political adviser Renato Matusse, are among the 19 defendants being prosecuted for receiving millions of dollars in bribes. But Guebuza himself seems untouchable.

Testifying before the court, Guebuza’s subordinates cleared the former president. They claimed he wasn’t aware that they were receiving money from a company that won the highly lucrative contracts from state-owned companies. This seems unlikely.

Current President Filipe Nyusi was defence minister at the time, responsible for coordinating coastal protection projects. The Abu Dhabi-based naval shipyard Privinvest told a United Kingdom court that it paid nearly $1-million to support Nyusi’s 2014 presidential bid. The company claimed these were not bribes since political party contributions were legal in Mozambique. But the alleged funds weren’t paid directly to Nyusi. Instead, money was transferred to an offshore company, signalling some wrongdoing.

Despite evidence that Nyusi benefited from unlawful payments, he isn’t a defendant in the case and won’t even testify as a witness. The country’s political opposition has contested Nyusi’s absence from the trial.

Even without top politicians in the dock, new revelations show how some senior state officials’ failure to fulfil their roles enabled the debts to be contracted. This includes the former governor of Mozambique’s Central Bank, Ernesto Gove, who admitted he approved illegal debt contracts.

The governor’s behaviour is characteristic of political patronage regimes where appointees defend the interests of their bosses, even if they have violated the law and compromised the country’s future. Had Gove reacted differently to the manifestly illegal contracts, the debts that sank the economy could have been prevented.

In addition to political patronage, the highly corrupt nature of the Maputo regime facilitated the contracting of these debts. Despite warning the government about the risks involved, top state intelligence officers accepted bribes from Privinvest and remained silent.

Three state intelligence agency directors — the director-general, the director of economic intelligence and the director of studies and planning — have been indicted for receiving around $30-million in bribes to facilitate the contracts. The loans threw the country into a deep crisis, undermining medium to long-term governance and destabilising the economy, internal politics and security.

The biggest blow was dealt to the economy. The discovery of corruption in 2016 led to Western donors suspending development aid, and the immediate devaluation of the currency by more than 30%. Annual GDP growth dropped from 7% to less than half that amount, and the debt ratio grew to 113% compared to around 54% before the debt was incurred.

One study estimates that the corruption scandal may already have cost Mozambique at least $11-billion — almost the country’s entire 2016 GDP. Nearly two million people are believed to have been pushed into poverty. Mozambique relies on exploring and exporting natural gas discovered offshore in Cabo Delgado for its future economic development. However, a 2018 government document shows that the debt service will consume gas revenues for the first 10 years of production.

Hidden debts have also had disastrous effects on Mozambique’s domestic politics. Despite both belonging to the long-standing ruling Mozambique Liberation Front, the current and former presidents have fallen out, causing governance constraints.

The country’s security also suffered a setback. Part of the illicit loan was to purchase Ocean Eagle interceptor boats for a massive monitoring and coastal protection project. Some of the equipment was already in Mozambique while other components were in production by Privinvest when the current government stopped the project.

There are reports of partial use of some maritime security equipment acquired through the loans. But the loss of the integrated monitoring and protection system is a setback considering that Mozambique is struggling with organised crime and terrorism enabled by maritime logistics.

The debt trial has publicised the extent to which corruption and political patronage have undermined governance in Mozambique. It also seems evident that the main defendants — including the former directors of the state intelligence agency and the former president’s son — won’t escape jail and compensation to the state.

But so far the top politicians — those who decided to contract the debt and hide it from Parliament — are escaping justice. This tends to vindicate the view of Mozambique’s civil society forum that Chang won’t face real justice in Mozambique.

If the trial is to serve as a turning point for the rule of law, the conditions that enabled the illegal contracting cannot be allowed to prevail. Corruption indices remain high, with state officials serving their chiefs’ interests rather than respecting the law. The discovery and trial surrounding the hidden debts will do nothing for good governance unless the rule of law prevails in Mozambique. DM