Proteas bowlers shine in favourable conditions on day one 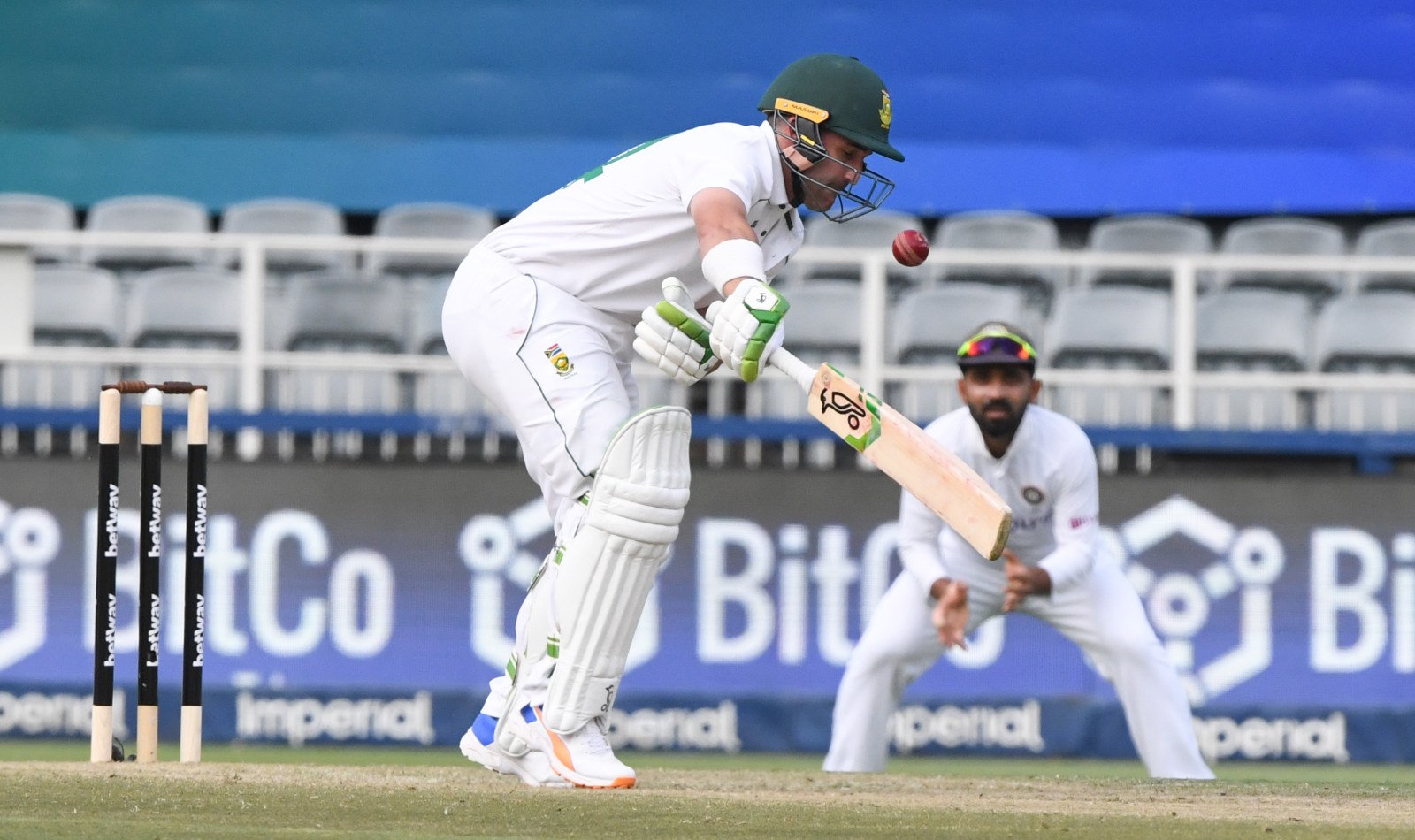 Playing in their first Test match since wicketkeeper, batter and former Test captain, Quinton de Kock announced his retirement from the format — citing his desire to spend more time with his young family — the Proteas were in a positive position after the first day of the second Test.

The usually bristling Wanderers Stadium – the Bullring – was quiet, with no spectators allowed due to Covid protocols. But had there been a frothing 30,000 South Africans in the stands, they would have had something to cheer as the Proteas’ bowlers dismissed India for 202.

At stumps the Proteas were 35 for one and have the chance to gain the ascendancy if they can score in excess of 300.

The extra bounce provided by the Wanderers pitch caused problems for the Indian batters as the mode of dismissal of all 10 of their wickets, being caught out, proved.

Left-arm quick bowler Marco Jansen was the star of the day, taking four for 31, a week after he took four in the second innings of the first test.

Jansen provided the first wicket of the day when he found the outside edge of Mayank Agarwal’s bat to break the opening partnership. Kyle Verreynne, who has taken De Kock’s place in the line-up, did the rest behind the wickets. Agarwal went for 26 in a 36-run first wicket stand.

After a three-year absence from international cricket, Duanne Olivier took his 50th Test wicket, the joint third quickest South African to the mark, in only his 11th match.

He reached the milestone after he took two wickets in two balls, right before lunch, which ensured that the Proteas went into the break on top. Olivier dismissed the two batters struggling for form in the Indian team in Cheteshwar Pujara and Ajinkya Rahane for three and a first ball zero respectively. Rahane recorded his first golden duck in his Test career.

India’s red ball captain, Virat Kohli missed out on playing his 99th Test match at the Bullring due to a reported back spasm. The resurgent KL Rahul has taken over the captaincy duties. The opening batter won the toss and elected to bat first, as the Indians did in the first Test.

India were naturally confident playing at the Wanderers as they have never lost a Test match at the venue in five previous matches, having won three and drawn two. While their first innings total was well below par, they will bowl last, which could be decisive. There is no doubt that the Proteas batters have to make a big first innings total if they hope to level the series.

After a valiant partnership between skipper Rahul and Kohli’s replacement, Hanuma Vihari, Kagiso Rabada made the breakthrough after lunch. A sharp back-of-a-length delivery, striking Vihara on his gloves which drew a spectacular catch from Rassie van der Dussen, under the helmet, at short fine leg. The result left India languishing at 91 for four.

Rahul, the leading run-scorer in the series, carried his form from the first Test match into this one as he notched up his 13th career Test half-century in the afternoon session.

Shortly after reaching the milestone, the stand-in Indian skipper was dismissed by Jansen. South Africa continued their brilliant fielding display, this time it was Rabada who moved quickly to his left from deep fine leg and dived forward to take the catch following an attempted hook shot by the skipper.

Jansen, who made his Test debut in the previous match, brushed off the first game nerves and was more consistent with his line and length this time around. The young fast bowler’s disciplined display brought reward just days after receiving a call-up to the one-day team.

The Proteas bowlers struck regularly as India failed to put together a partnership of more than 50 runs. Rabada and Olivier played uncannily similar supporting roles to Jansen as the pair took three wickets at 64 runs apiece.

An excellent lower order display of hitting by Ravichandran Ashwin, striking 46 runs off 50 balls, aided India in surpassing the 200-run mark, but his bowling will be more crucial as the match progresses.

The Proteas had to see out just under two hours of play before the end of play on day one. South Africa’s struggling opening batting partnership continued as Aiden Markram was once again dismissed by Mohammed Shami, the third time in three innings, this time struck in front for seven runs, adjudged LBW.

Keegan Petersen and captain Elgar withstood a barrage of world-class fast bowling by Jasprit Bumrah and Mohammed Siraj to see out the day.

With one ball left in his final over of the day, Siraj pulled up as he was about to deliver the ball and clasped at his hamstring. The hard-working bowler immediately strode off the field and his fitness will be assessed overnight.

Potentially losing one of their seam bowling units on a pacey Wanderers pitch could prove to be a problem for India. Conversely, it might provide an opportunity for the Proteas batters to capitalise on a potentially weary Indian attack on day two. DM