Ramaphosa talks tough on West African tour — but will...

Ramaphosa talks tough on West African tour — but will it help him in his fight back home? 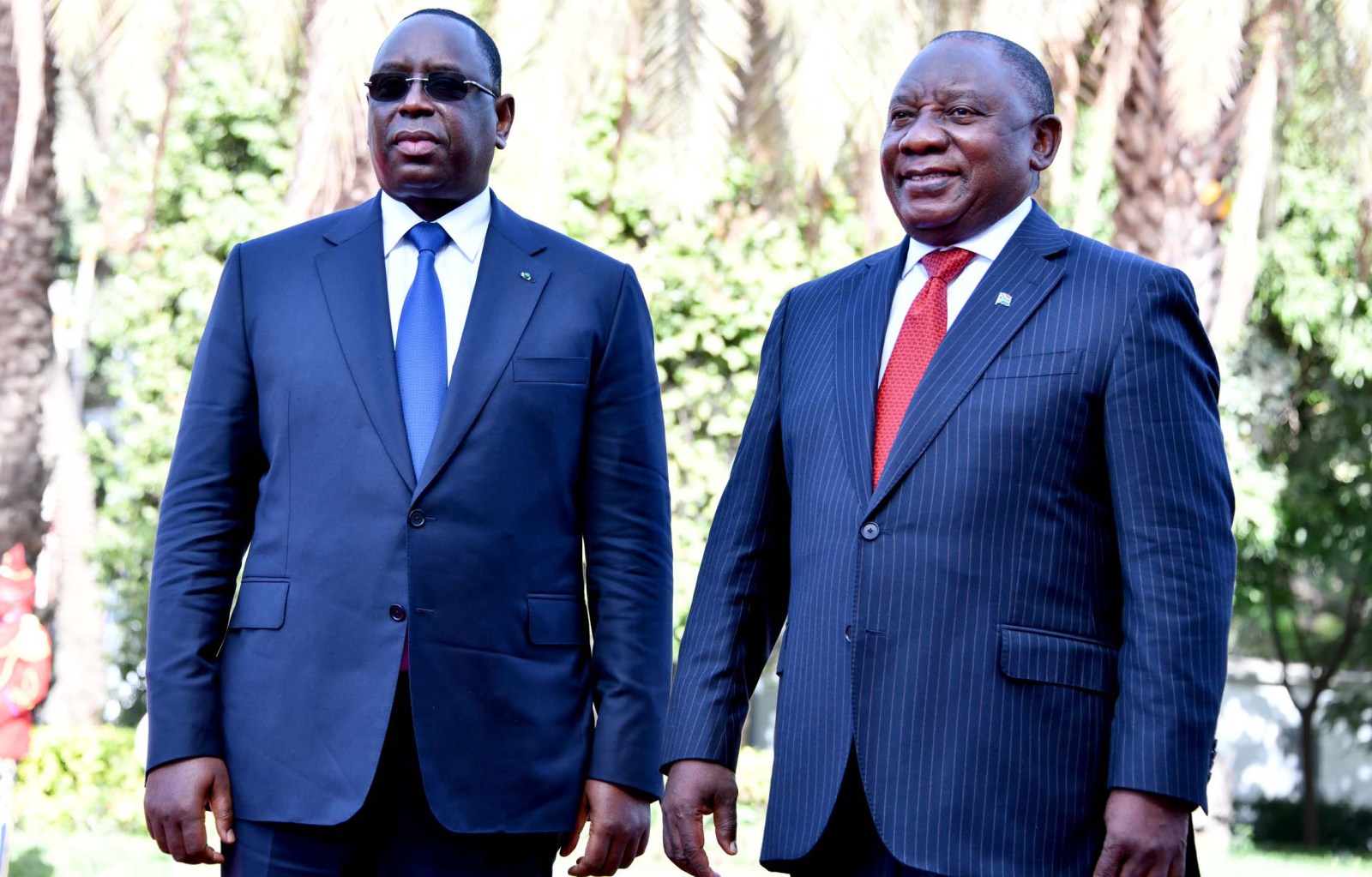 President Cyril Ramaphosa’s West African tour was not only aimed at re-establishing South Africa’s pan-African agenda — it could also paint Ramaphosa in a favourable light at home a year ahead of the ANC’s elective conference.

Headlines over his defiance against travel bans by countries outside Africa over the new Covid-19 variant topped President Cyril Ramaphosa’s week-long visits to Nigeria, Ivory Coast, Ghana and Senegal, that ended on Tuesday.

Ramaphosa, who is often criticised back home by his detractors for being too close to big businesses with ties to the West, flexed his muscles against countries which he had, until now, considered as “partners”, over their continued opposition to an intellectual property waiver on vaccine manufacture.

“[The world] says, ‘No, we know what is good for you, we just want you to do fill-and-finish [of vaccine doses], that’s it,” he told African and world leaders at the opening of the Dakar International Forum on Peace and Security on Monday.

“We say, ‘We no longer want that. You did that long ago when you colonised us, and when you raped and pillaged our countries’. We say ‘no’ now, we have the capability [to manufacture vaccines] and we want to make full use of it.”

He also hinted, to more applause and laughter, that Africa had just wanted to do business with the West on a respectful basis, but “maybe that is why we were colonised, because we respect too much, and [now] we say, ‘Respect us as well.’ ”

Some in Ramaphosa’s delegation told News24’s Qaanitah Hunter that this reminded them of his days in the 1980s in the National Union of Mineworkers.

Anthony Butler, in his biography of Ramaphosa, for example, quoted Ramaphosa as once, in a fit of anger, telling his arch opponent, the ageing Anglo American magnate Harry Oppenheimer: “We’re going to nationalise all of your mines!”

His Covid-19 utterances and the solidarity and goodwill shown by African countries that allowed the delegation in, despite Omicron fears, helped smooth over some strained relations and would also have been aimed at improving South Africa’s image from one of being violent xenophobes. They also come in the wake of a weak performance by the ANC in last month’s local government elections, something which Ramaphosa’s detractors in the ANC are using in an attempt to weaken him.

Ramaphosa lost out on a chance to fully assert himself as African Union chairperson last year when worldwide Covid-19 lockdowns and the grounding of flights made travel all but impossible, but he was subsequently appointed AU Champion on Covid-19 and was applauded on every African platform recently for his pronouncements on the pandemic’s inequalities.

On top of this, Madiba magic added a sheen.

At least three times during the trip Ramaphosa, an “inzile” who had surprisingly never set foot in Senegal and Ivory Coast — two of the most prominent countries in Francophone Africa — walked in Mandela’s footsteps.

Ramaphosa was elected ANC secretary-general in 1991, the same year Mandela was elected to the party’s presidency, and Ramaphosa was known to have wanted to succeed Mandela. Now he is often projected as having ambitions to fulfil Mandela’s liberation task by leading South Africa to economic prosperity.

In Ivory Coast, which has never seen a state visit by a South African leader for a number of complex reasons, Ramaphosa and his counterpart, Alassane Ouattara, used Mandela’s visit after his release from prison in 1992 as a goodwill reference point.

In Senegal, Ramaphosa accepted an honorary doctorate from the Cheikh Anta Diop University, where Mandela received his 29 years ago, and in Ghana he planted a tree in the Kwame Nkrumah Memorial Park in Accra near where Mandela planted a mango tree just over 30 years ago. Half of the name-board marking the mango tree is missing, but the museum manager said the place was under renovation.

Ramaphosa knew Anglophone Ghana and Nigeria well enough to venture a preference for Nigerian jollof rice when Daily Maverick pressed him on it — even though he must have known it would risk him Ghanaian wrath.

Other than pushing the African Continental Free Trade Agreement, improving the ease of doing business in especially Nigeria, and talking about peace and security, Ramaphosa also raised matters of strategic interest — one of which is the issue of Israel, for which the ANC might call him to account.

International Relations Minister Naledi Pandor said she and Ramaphosa talked to the leaders they visited about the matter of Israel’s accreditation to the African Union (AU), which happened a few months ago. Although AU Commission Chairperson Moussa Faki Mahamat has the right to accredit countries to the AU, South Africa led a number of member countries to object, saying that in the case of Israel, member states should have been consulted first.

“This is something we should agree to, because it continues to take up space in the AU,” Pandor told Daily Maverick. While Nigeria fully backs South Africa, Senegal’s President Macky Sall needed convincing, and it’s still unclear what stance he will take when he resumes the AU chair next year.

“Côte d’Ivoire was less certain over whether they should take a clear stand, but we explained the human rights perspective and why we believe it is wrong for the AU to take such a position [of accrediting Israel], so we will see where it goes,” Pandor said.

Kenya’s President Uhuru Kenyatta said following a state visit to South Africa last month that he believes AU member states should have been consulted in the decision to accredit Israel for the sake of Africa unity. Even though Kenya has close relations with Israel, Pandor said the fact that the country receives funding from Israel “should not mean that you lose your values”.

A source close to Ramaphosa said the most important country still left to lobby in this regard is Democratic Republic of the Congo. Even though its president, Félix Tshisekedi, will be stepping down as AU chair at the heads of state summit early next year, the country will still have a key say over the agenda and decisions — just as it did this year when Israel was accredited.

Ramaphosa’s counterparts likewise would have benefited from the visit.

Sall, for example, earlier this year refused to rule out running for a third term in 2024 following a 2016 constitutional reform that opponents fear he might use to justify this, much as Ouattara did a year ago in an election that was boycotted by the opposition.

However, William Gumede, executive chairperson of the Democracy Works Foundation, said if Ramaphosa really wanted to save the economy he should have gone to countries that could bring large investments and create a mass of jobs — and these are outside the continent.

“Africa is very far from his base in the ANC,” Gumede added. DM

Carien du Plessis was part of a group of nine media representatives from South Africa who travelled with President Cyril Ramaphosa to report on his visit.