This week we’re watching: the sometimes brutal business of ‘champion-raising’ – the story of Venus and Serena Williams 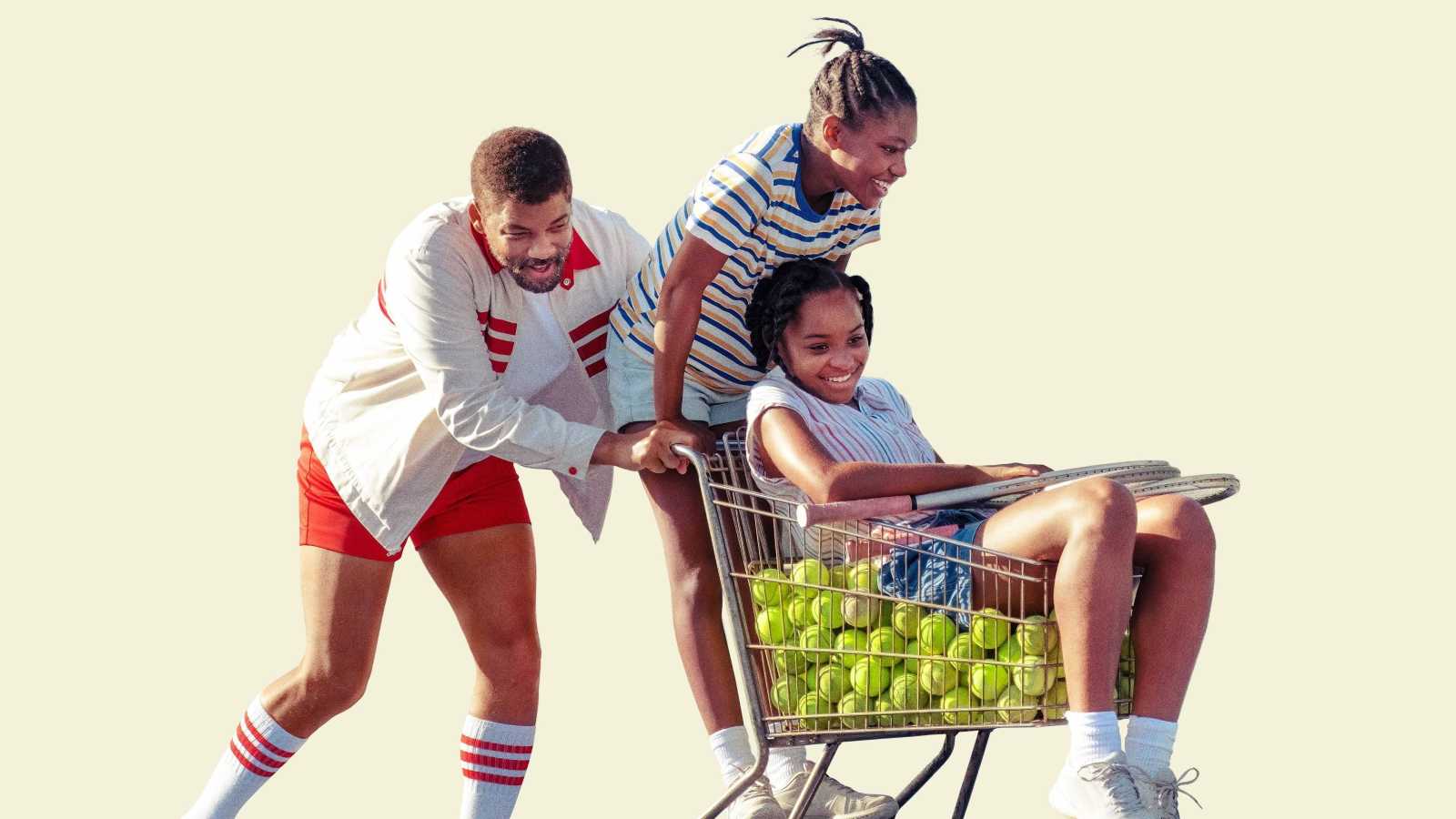 ‘King Richard’ tells the origin story of Venus and Serena Williams through the eyes of their ambitious father.

Richard Williams planned out his daughters’ entire careers before they were even born: the Grand Slams, the superstardom and the record-breaking greatness, and almost everything he planned came true. Venus became a tennis icon – the first African American woman to reach No 1 in the Open Era and the second of all time since Althea Gibson; and many consider Serena to be the greatest player of all time.

It’s a good story, and it makes for a good film, but the strength of King Richard is its portrayal of social friction, which is far more impactful than the tennis itself – without the time and that suspenseful tennis silence of actual matches, the curated action shots aren’t enough to compete with the drama of the real thing.

The first minute is the most uninspired of the entire film. Will Smith, as Richard, narrates nostalgically about his difficult upbringing alongside an inoffensive orchestral score, like that of countless B-rate movies of the Nineties. It’s baffling that writer Zach Baylin couldn’t think of a more interesting way to kick things off.

Thankfully, there’s no other narration in the film, and a peppering of Nina Simone and other bluesy tracks adds some colour to the grey score.

Once we’ve made it through the opening minute, we find Smith walking alongside uninterested white men at country clubs, propositioning them with his elaborate plans and homemade pamphlets, an image that immediately takes Smith fans back to his desperate sales scenes in The Pursuit of Happyness.

Each prospective patron shrugs him off with patronising hostility and dismissive comments like: “You ever think about basketball?”

The Williams family had it pretty rough. Richard’s wife, Oracene (played by Aunjanue Ellis), worked all day as a nurse, while Richard worked all night as a security guard, both of them coaching the girls in between.

You get a sense of how vulnerable they were, and how much responsibility Richard carried, from a grippingly tense scene in which he gets beaten up by a group of men who lurk around the dirty tennis courts the Williams girls would practise on, catcalling and harassing them.

Smith holds the gravitas of the burdened father effortlessly. We’d expect nothing less. Speaking in a thick Louisiana drawl and looking dorky in his tiny shorts and knee-high tennis socks, he settles into the weariness of an older man – wounded, yet stubbornly optimistic, convinced by his own grand charisma.

In the trailer, you can already get a sense of Smith’s transformation and prowess, but the most noticeable thing about Saniyya Sidney and Demi Singleton as the young Williams sisters is their absence from the spotlight. This may be a film about Venus and Serena’s origin stories, but all the focus is on their larger-than-life father.

With the benefit of knowing how extraordinarily famous and successful they become, we can easily predict how Venus and Serena’s underdog arcs will go. Their breakthroughs are feel-good moments, but because of the focus of the storytelling, your excitement is for Richard, rather than the sisters themselves.

Venus is depicted with some agency around the time she goes pro, but still given minimal character development, and the story continues to unfold from Richard’s point of view, even when she was doing all the work. Even if his passion and effort were major factors in his daughters’ success, so was their own, and none of it would have been enough if not for their raw talent and a whole lot of luck to get the ball rolling.

Whenever someone questioned Richard’s actions, he’d use his 78-page plan for his girls as a shield to deflect criticism, even though it’s clear that he improvised a lot of the time. He seemed neurotic, so protective and passionate about his girls that he was unable to relinquish the mentor role even to the point of arguing with professional coaches about his daughters’ stance. This is admitted by the movie, but only up to a point.

Producers Tim and Trevor White decided to consult the Williams family about the making of the film out of respect and to ensure accuracy. The caveat of collaborating with the subjects of a biographical film is that, evidently, the more involved they become, the less impartiality is possible.

Isha Price, one of Venus and Serena’s sisters, became an executive producer, so that the presence of the Williams family was always looming, ensuring that Smith’s layered portrayal of Richard never ventures past redemption.

Richard’s gaggle of girls are perpetually giggling to hammer home the notion that his hardcore coaching wasn’t over the line. Even when he forces them to train in the pouring rain, they laugh gleefully.

The highlight of the film is a lyrical monologue delivered by Ellis as Oracene, in which she dissects Richard’s narcissism, obsession with control and numerous hypocrisies during the climactic conflict of the film.

Oracene also played a huge part in training the Williams sisters (particularly Serena) but stuck in her supportive role, she’s denied the recognition she deserves, as is the underutilised actor who plays her.

While the White brothers may have sought out the Williams family’s blessing and involvement out of respect and accuracy, they have inadvertently traded one ethical concern for another – an arguably simplified glorification of Richard’s parenting. If not for the Williams family’s influence, their patriarch’s potential flaws are likely to have been portrayed more holistically, and King Richard would have been a better film for it. DM/ML

King Richard is available in cinemas and on HBO Max.