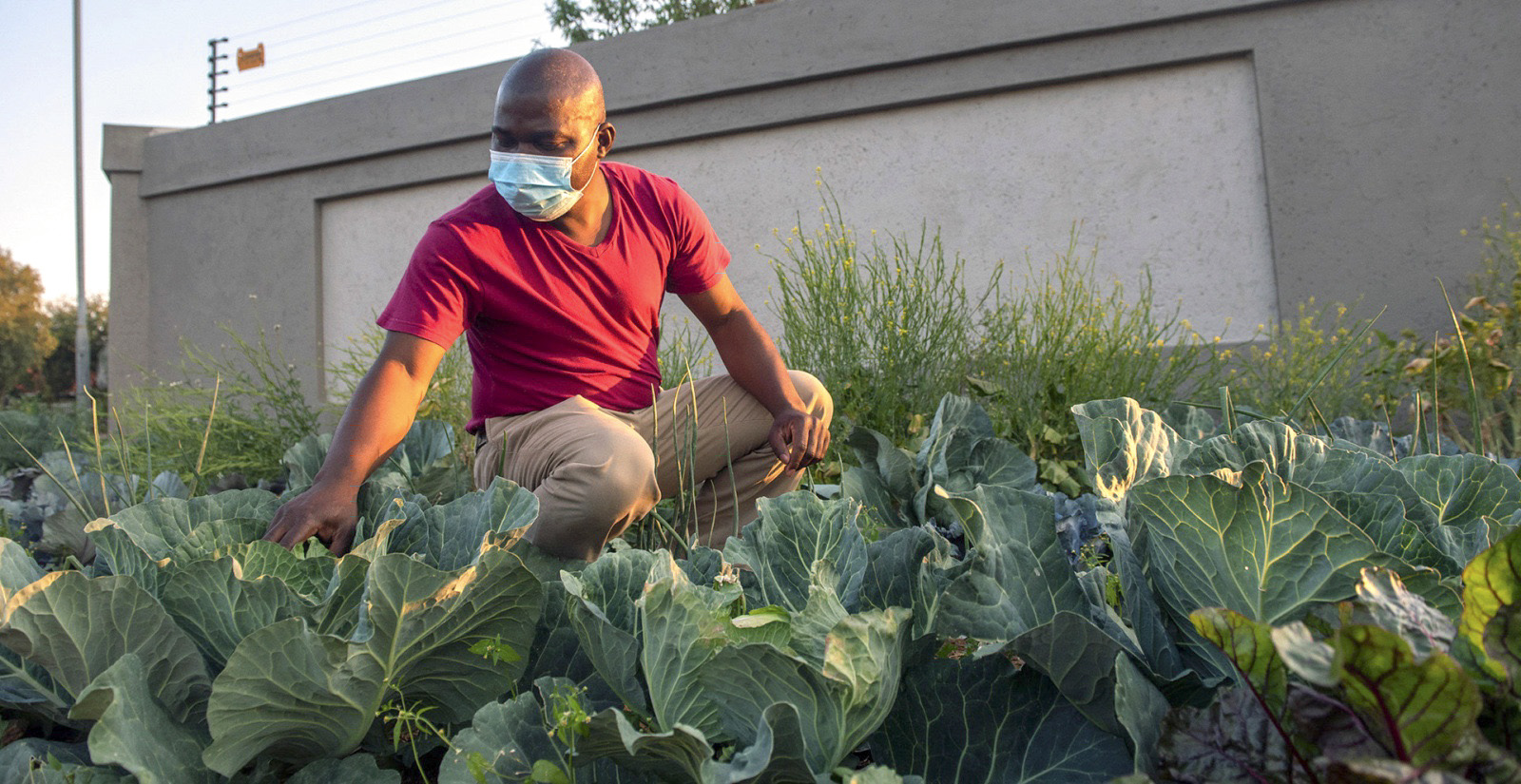 The ‘Cabbage Bandit’ is off the hook, but says he and his family need time to process the trauma. Metro police had pressed charges against Djo BaNkuna for planting vegetables on his pavement, instead of grass, trees and flowers.

The withdrawal of the case against Djo BaNkuna comes after threats and eventually the unleashing of the wrath of the law on the Pretoria resident who grows vegetables on his pavement instead of beautifying it with flowers, lawn or trees.

On 14 September, the Tshwane metro police served BaNkuna with notice over his use of municipal property to grow vegetables. BaNkuna was given two options: Either he appeared in the Wonderboom Municipal Court on 23 November 2021, or he pay a fine of R1,500.

On 30 September 2021, the metro police department dropped charges that he allegedly intentionally interfered with municipal property, but he still faced a traffic fine.

“There is no crime that BaNkuna committed. All he committed is an offence in terms of the Road Traffic Act which we issued him a fine that he can either pay within 30 days and get 50% discount off or contest the fine in court,” said Tshwane metro police spokesperson Isaac Mahamba.

BaNkuna refused to pay the fine and intended to challenge the matter in court.

“My case is nolle prosequi. On 17 November 2021, I received a letter from the acting director for Municipal Courts Prosecution notifying me about the withdrawal of the case arguing there was no case against me and that I did not break any by-laws by planting cabbage and onions rather than grass and roses.

“This was after I submitted my representations on 28 September 2021 arguing that the municipal amenities bylaw that was cited on my R1,500 fine was desperate and irrelevant as there was no such a public amenity at the corner of my property. My house is not a public amenity. I decried the blatant abuse of power by the Tshwane Metro Police Department, especially by Mr Elvis Ndlovu, his team; Mr Jordan Griffith and Mr Isaac Mahamba as well as the City of Tshwane Mayoral Office.”

Although the case has been withdrawn, BaNkuna says it has traumatised him and his family.

“My family has been harassed, victimised and abused. What if I did not have access to good legal representation? What if I buckled under the tremendous intimidation and paid the unlawful fine? I would be having a criminal record for a lawful act.

“Many powerless and innocent citizens suffer as I did without any legal support. Abuse of government administrative power is the ultimate violation of the rights and freedom of citizens. I do not advocate for people to break the law. But as citizens and patriots, we must guard against unbridled abuse of state power and resources by those that we entrust with such powers. I do not wish to fight to the death. I could sue and raise a dust storm. But that is not me. I hope that lessons were learned from this saga by all the parties.

“I hope that a new approach is adopted by the TMPD and the City of Tshwane where citizens are approached cordially and humanely in the spirit of batho pele — people first,” said BaNkuna.

Food gardeners across the nation have rallied behind BaNkuna to offer him and his family support, with some calling for mass vegetable planting in solidarity while others have raised funds for his legal representation. Some lawyers offered to provide legal services pro bono.

President Cyril Ramaphosa has promoted pavement gardening in the past, saying, “We will ensure the unrestricted development of urban and pavement gardens where crops can be planted to increase food security.” Ramaphosa made the comment during the ANC’s election manifesto launch in Tshwane on 27 September.

BaNkuna has extended his gratitude to all his supporters saying, “My patriots, once again thank you for the loud support. Without your vigilance, I would have been a certified cabbage criminal. To my lawyer, advocate Puseletso Loselo, thank you for the fantastic pro bono work. I am forever grateful.” DM/MC