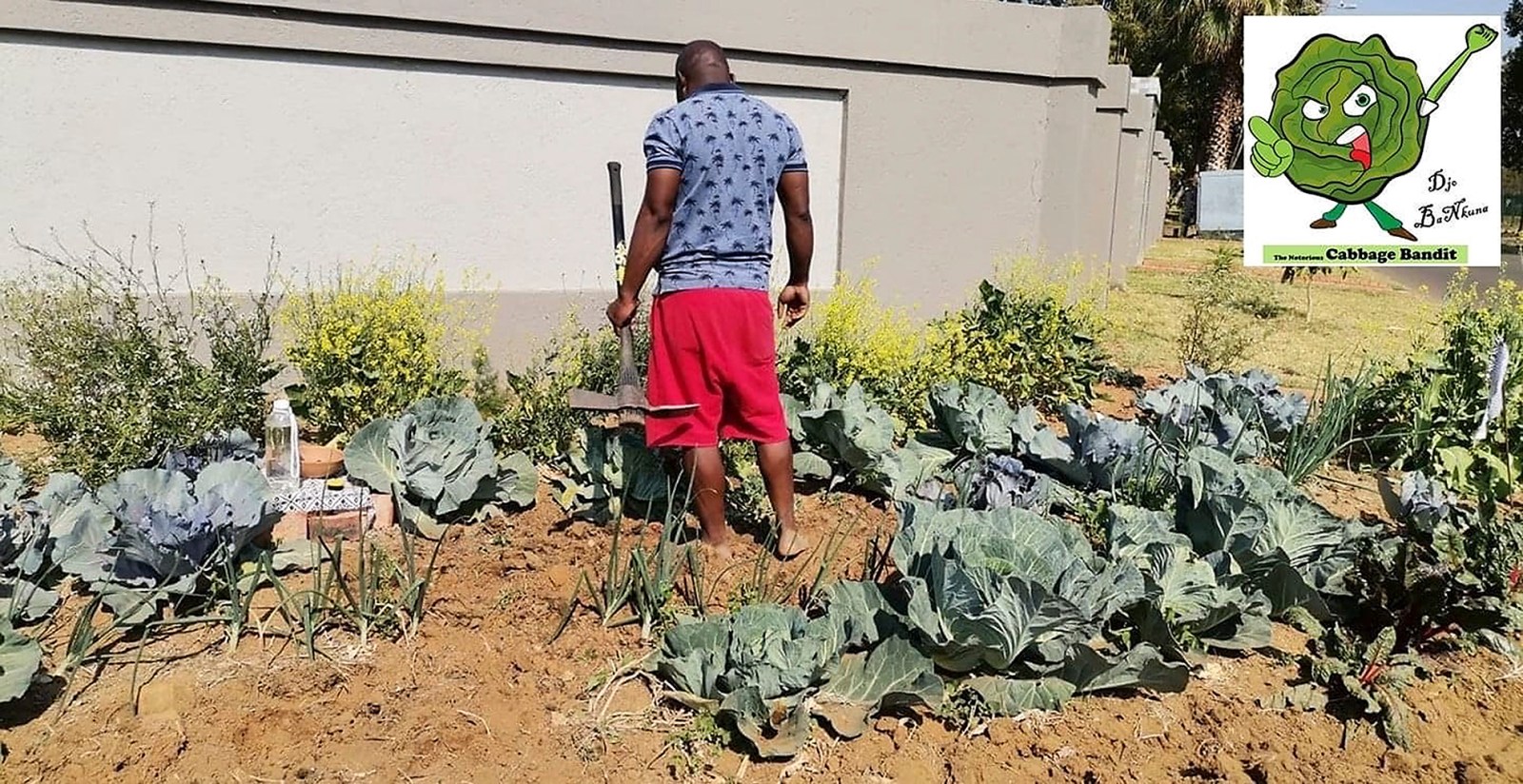 Djo BaNkuna says a metro police station commander told him that vegetable gardens belong inside yards and cabbages are not allowed to be grown outside.

Djo BaNkuna, a resident of Theresa Park in Pretoria North, says that last Thursday he was threatened with arrest by Tshwane metro police officers for planting vegetables on his pavement instead of grass, flowers or trees.

BaNkuna says the police threatened: “If you don’t remove this garden by Tuesday [14 September] we have to unleash the law on you.”

He suspects some residents had reported to the metro police that the garden attracts vagrants to whom he gives food when he has a surplus.

BaNkuna told Maverick Citizen that ever since he started the garden he has only had compliments from neighbours and passersby.

On Thursday, he says, “I was sitting here working from home. A police van with two armed metro police stopped at my gate to tell me that planting vegetables on my pavement was not allowed. I thought they were joking, but they emphasised how serious this offence was and that the pavement is municipal land and I can’t plant vegetables.”

BaNkuna says the metro police further gave him three options to choose from:

BaNkuna says he went straight for option one – to seek permission from the city council to continue planting vegetables on the pavement.

“The reason I established that vegetable patch in 2019 was to meet some of our immediate needs, but also save a bit of money from my side because vegetables are really expensive. Also, my wife is a social worker in Soshanguve… she meets all sorts of people with different problems and hunger is among these, so the vegetable garden comes in handy.”

On Friday morning BaNkuna and his wife, Lorrika, headed to the Tshwane municipality council offices to seek permission. They met bylaw officials who told them they do not issue any permits to plant vegetables on pavements. Instead, they were told they can plant anything there at their own risk.

“Johan Welmans, councillor at the City of Tshwane, told us we could continue with our pavement vegetable patch, but should the municipality want to do anything to the planted land they will not ask for permission because, after all, it’s their land.”

On their way back home from the municipality BaNkuna and his wife  decided to stop at the metro police offices to give feedback.

“Yerr! It was a very bad mistake from my side. Upon arrival at Winternest my wife and I were rudely ushered to the angry metro police station commander, Mr Elvis Ndlovu.”

BaNkuna says the commander told them that vegetable gardens belong inside yards and cabbages are not allowed to be grown outside.

BaNkuna says the metro police stopped at his house again on Sunday to remind him of the Tuesday deadline. He was, however, not home.

“I am waiting for tomorrow (Tuesday) to see what is going to happen. If tomorrow they say there is no law against cabbage but if the commander in Winternest does not like it I will remove it.” DM/MC