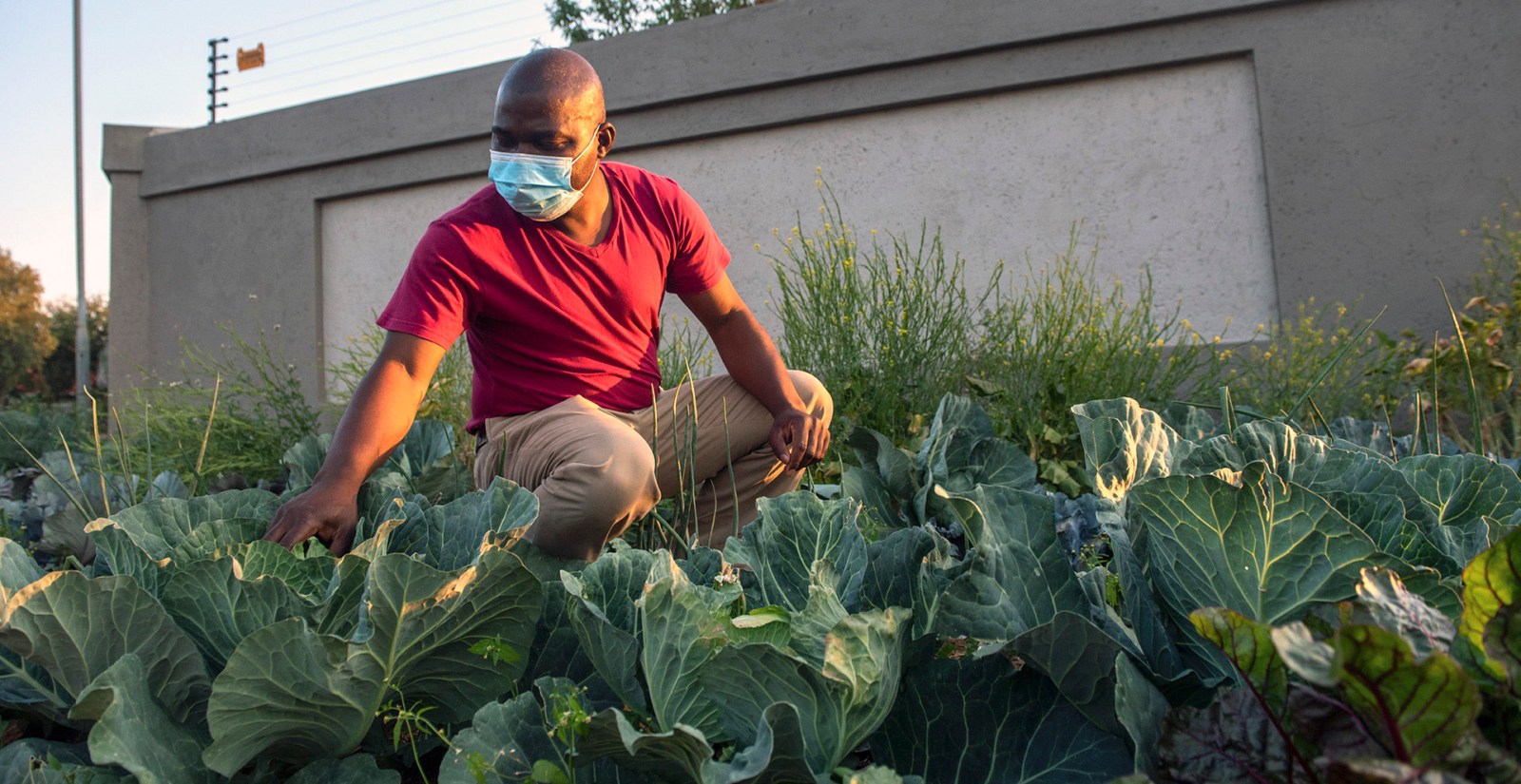 With less than eight weeks to his court date, Djo BaNkuna says he has replanted the ‘tricky’ patch on his pavement with greens that may draw less attention.

Fresh from his skirmish with the Tshwane metro police, South Africa’s Cabbage Bandit, Djo BaNkuna, has replanted vegetables for a new season on the disputed piece of pavement, but says they may be more acceptable.

BaNkuna has been tending his pavement patch since 2019, with neighbours and passersby giving only compliments. He says the reason he established the veggie patch was to meet some of his family’s food needs, but also to save a bit of money as vegetables were expensive. And he hoped to help his wife — a social worker who he says deals with many societal problems, including hunger — to provide food for some of her clients.

It all changed on 9 September, when cops raided BaNkuna’s veggie patch. He was told by the Tshwane metro police that it was illegal to plant vegetables on the council-owned pavement. BaNkuna remains defiant and refuses to back down.

Undeterred by his brush with the law, BaNkuna, who has since harvested his cabbages and onions, has now planted potatoes, green peppers and strawberries. “I have chosen to replant with these crops because they are not easily noticeable,” he said.

While BaNkuna says he has adjusted to his unfounded fame without suffering any mental strain, his wife Lorrika has been concerned.

“My wife has been so worried about the criminal charge against us, and what will happen to the impoverished people around Tshwane who are currently benefiting from the vegetable patch.”

The urban farmer says his wife’s worries have been eased by their lawyer, who made it clear that the section of the by-law the police used to charge them does not prevent them from planting vegetables.

President Cyril Ramaphosa has meanwhile promoted pavement gardening, saying, “We will ensure the unrestricted development of urban and pavement gardens where crops can be planted to increase food security.”

Ramaphosa made the comment during the ANC’s election manifesto launch in Tshwane on 27 September.

In the meantime, the Tshwane metro police department has cleared BaNkuna of the alleged “criminal charge” of intentionally interfering with the property of the municipality.

“There is no crime that BaNkuna committed. All he committed is an offence in terms of the Road Traffic Act which we issued him a fine that he can either pay within 30 days and get 50% discount off or contest the fine in court,” said Tshwane metro police spokesperson Isaac Mahamba.

“Should he not pay the fine or query it in court on the specified dates, it becomes a warrant in our system indicating a failure of compliance.”

According to BaNkuna, his cabbage banditry has struck a chord with many people. Some are calling for mass vegetable planting in solidarity, while others have raised funds to cover his legal costs. Others have offered these services to him pro bono.

BaNkuna says he has opted for a pro bono legal representative and has donated the money raised for his legal fees to an orphanage in Tshwane, where he usually donates his fresh produce.

BaNkuna said he had met prosecutors involved in his case and, while unable to divulge details, said it was unlikely the case would make it to court.

“But let’s see what happens,” he said. DM/MC