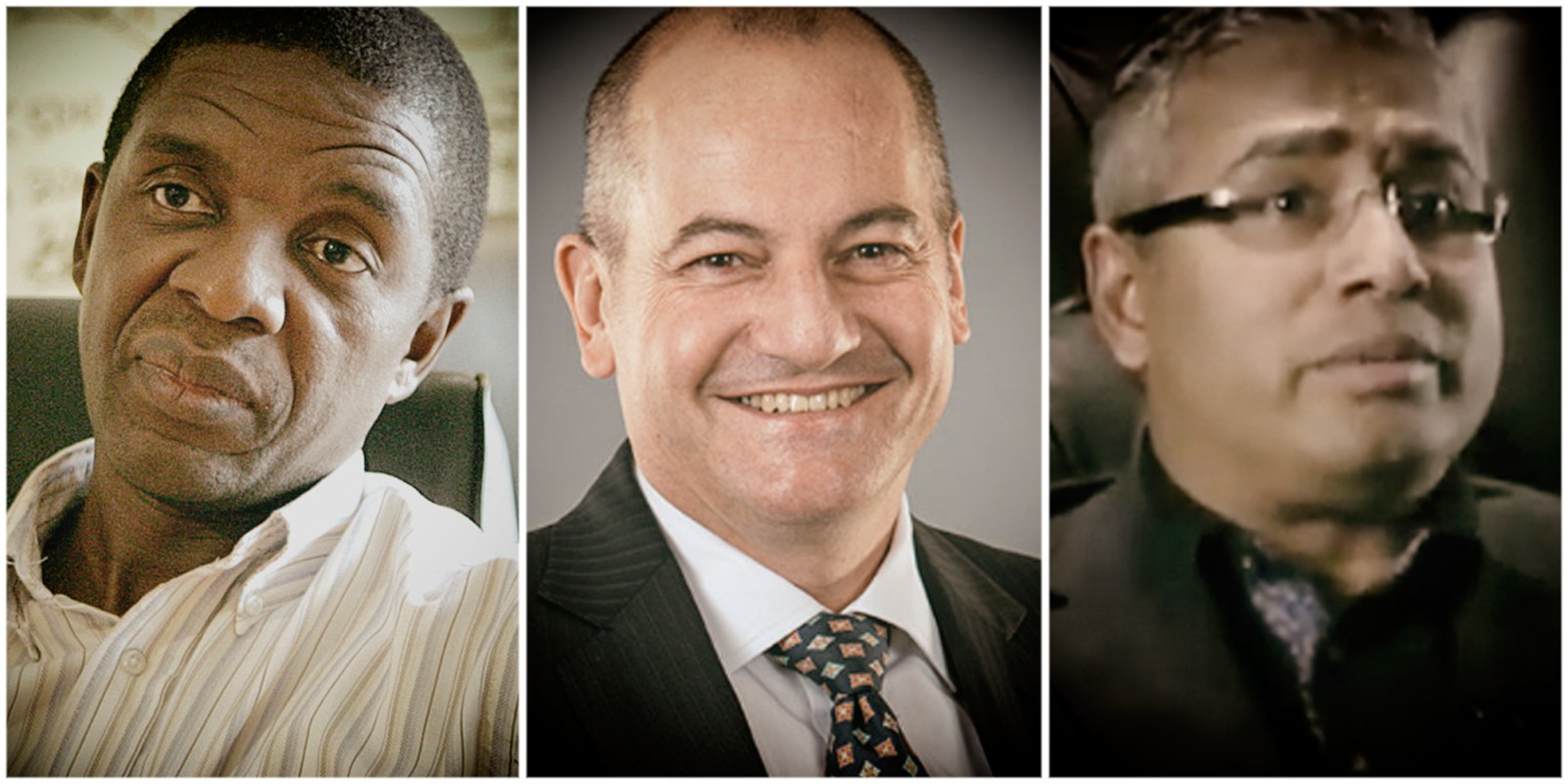 Regiments Capital came out guns blazing in its opposition to the National Prosecuting Authority’s appeal against an order that crushed the State’s efforts to restrain more than R1bn in assets as the ‘proceeds of crime’.

The National Prosecuting Authority’s appeal against a high court order that discharged a draft restraint of more than R1-billion in Regiments Capital assets unfolded much like a dry run for what will likely be one of State Capture’s most anticipated criminal trials.

A mini-marathon, the hearing took place over five days last week with Geoff Budlender SC appearing for the State.

Although it has no bearing on the appeal, they flagged, repeatedly, why there is yet to be an arrest or indictment two years since the prosecuting authority announced its intention to bring charges of fraud, corruption and money laundering against Regiments and its owners.

An additional twist relates to whether the Regiments assets may be out of the NPA’s reach due to a set of unusual circumstances around the company’s liquidation status: In short, Regiments was liquidated but then obtained an order to set aside that liquidation — and the South African Revenue Service is taking this ruling to the Supreme Court of Appeal.

The NPA obtained an interim order to preserve Regiments assets as the alleged proceeds of crime in November 2019.

This was done in terms of section 26 of the Prevention of Organised Crime Act (Poca) and relates to payments of alleged kickbacks to Gupta-linked companies following deals at Transnet and one of its pension funds.

Last year the High Court in Johannesburg discharged that draft restraint on the grounds that the NPA had failed to make certain material disclosures during its initial ex parte application.

The NPA is now appealing against that order and hopes to convince a full bench of the High Court in Johannesburg that the initial court had erred.

It wants the provisional order confirmed, for a related application to increase the quantum of the restraint to be granted and for R639-million that Regiments had repaid to the Transnet Second Defined Benefit Fund (TSDBF) to be factored into the overall amount to be restrained.

Overall, Regiments and the various related parties would like to see this restraint wiped out and so force the NPA back to the drawing board with a new application.

They want this appeal to be dismissed with the cost of eight counsel.

Between them, Wood and the Regiments defendants argued against the NPA’s right to appeal, its application for a variation of the quantum and its bid for a joint and several orders against the parties.

What about the Guptas?

Estelle Kilian, arguing for Wood, took issue with the State’s failure to state where the Guptas, the “masterminds of the criminal enterprise”, fit into its case.

There is no reference to the Guptas being co-accused in this case or their slice of the cake based on the State’s contention that the gross benefit to the parties in this criminal conspiracy collectively benefited to the tune of R1.6-billion.

The three businessmen were originally partners in Regiments Capital, but fell out after Nyhonyha and Pillay rejected a Gupta offer to take up a stake in the company.

The State maintains the meeting was the foundation for a kickback agreement whereby Regiments paid Essa and Moodley a substantial portion of fees earned at Transnet and the fund.

The court was taken through five points of alleged non-disclosure by the NPA. Those included a settlement with the TSDBF, another to repay Transnet R180-million, an order emanating from litigation between Nyhonhya and Pillay and Wood that may have provided safeguards for external creditors and the State’s alleged failure to inform the initial court of an email offer by Nyhonyha and Pillay to assist the NPA’s investigation.

The chronicles of Regiments

While Regiments, its owners and their respective family trusts each argued their own case during the appeal, the parties were also “aligned” on some issues.

McKenzie, for the Regiments subsidiaries, focused on the State’s prospects of a conviction on charges of fraud, corruption and money laundering.

McKenzie said if they had to go on trial tomorrow, they’d walk out due to what they reckon are substantial deficiencies in the State’s case.

He then took the court through a series of “gaps”, “speculation” and “hearsay” evidence in respect of the State’s intended criminal case and furthermore:

Regiments claims the NPA’s case against it hinges on the 2012 meeting that allegedly thrashed out the arrangements for the cash-for-deals system whereby Regiments paid up to 60% of its income earned from Transnet to the Gupta-linked companies.

But McKenzie told the court that the State simply “can’t come home” on that meeting because they believe it is borne out of “inadmissible” hearsay on the part of Ian Sinton.

Sinton was subpoenaed to testify at the State Capture Commission in early 2019 about the bank’s decision to terminate various Regiments accounts and provided extensive details of discussions with Pillay and Nyhonyha during which they allegedly told him of the meeting.

Apart from denying criminality, the court heard that Nyhonhya and Pillay would say that they never benefited from the alleged dirty deals, partly because their shares in Regiments are held via their family trusts.

The State, having initially charged that these trusts are in fact their alter egos, scoffed at this line of defence.

Budlender said the test for who holds assets is ultimately who the real beneficiaries are.

And on that score, he said the court had not heard from the defendants to explain their relationship with those trusts.

It is overwhelmingly clear that the three, through their family trusts, are the true owners of Regiments Capital — the beneficiary of the alleged criminal proceeds, the court heard.

Budlender also hit back by highlighting other evidence that he said, on its own, justify a restraint order. That is that Pillay and Nyhonyha previously said the 2012 meeting had served as the basis for R274-million in payments to Essa and Moodley for the mere introduction to McKinsey.

“There is a reasonable prospect that a court will find this deeply suspect arrangement to be corruption,” Budlender told the court.

In addition, Regiments and all its directors acted on this arrangement — they did not distance themselves from it.

As an example, he cited an email that Wood at some point had sent in response to Moodley’s reminder for payment; saying, “a deal’s a deal”.

There is also an extraordinary claim by Nyhonyha that the money paid to Essa and Moodley was “market-related”.

Again, said Budlender, this only serves to strengthen suspicions.

Budlender said when challenged by Standard Bank’s Sinton on how Regiments had managed to stay profitable while dishing out exorbitant facilitation fees to Essa and Moodley, they allegedly told him that the rate McKinsey had agreed to with Transnet was 400% more than what they would ordinarily have charged.

‘They never sought to deny that they had told Sinton this and nor did they attempt to explain it,” Budlender told the court.

Similarly, they failed to respond to evidence by Wainer that their calculations of a R20-billion saving for Transnet — something that entitled them to a R78-million success fee — was “bogus, manifestly wrong and peculiar” and difficult to ascribe to an innocent mistake.

On their own, these few pieces of evidence, Budlender said, were enough to satisfy a court that the NPA had a reasonable prospect of succeeding with a corruption case.

Vincent Maleka for Regiments tackled the NPA on its reference to “urgency” when it applied for the interim order.

It was a priority in the “in tray” and that is why they rushed to court urgently fearing the dissipation of assets.

Yet, there is no indictment, two years down the line.

Budlender addressed this, later on in the proceedings in response to a question from the bench by saying while it was a “fair” one to ask, it has no bearing on this appeal.

The Regiments defendants would have the option to set aside a restraint for various reasons, including the absence of a prosecution.

The court is sitting as an appeal court and there is no evidence before the judges to decide on a delay.

It is not a matter for this court, Budlender emphasised.

Judgment was reserved until 2022. DM