LGBT migrants in South Africa: religion can be a blessing, and a curse 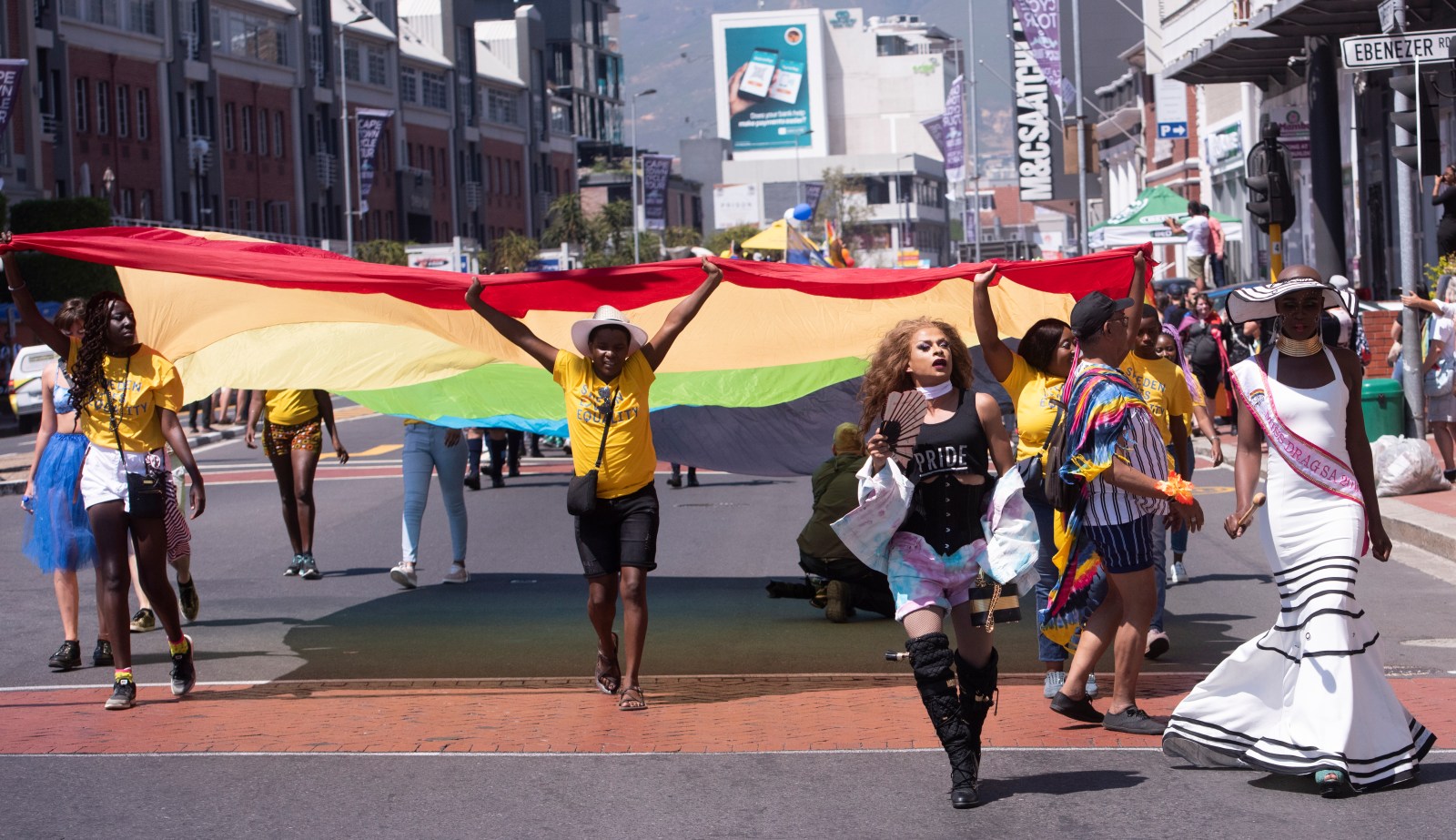 Moral panics over sexual and gender rights are often shaped by religious beliefs. In many countries, political, cultural and faith leaders use religious rhetoric to justify exclusionary practices and constrict the space available to lesbian, gay, bisexual and transgender (LGBT) activists.

The politicisation of religion in Africa is now well documented. It is a strategy used to maintain the idea that heterosexuality is the only natural and normal expression of human desire.

What is less often spoken about is the positive role that religion plays in the lives of LGBT Africans, including refugees. Even less attention is given to religious communities that welcome and celebrate LGBT people.

In my new book, Seeking Sanctuary: Stories of Sexuality, Faith and Migration, I explore both dynamics.

The book records a multi-year oral history project with the LGBT Ministry at Holy Trinity Catholic Church in Johannesburg. Since 2009, the ministry has opened its doors to LGBT people of all faiths and nationalities, and it remains popular with migrants, refugees and asylum seekers. As well as providing spiritual nourishment, the ministry offers a safe space in which LGBT people can receive support, build community and advocate for their rights.

In documenting the lives of the ministry’s members, I hoped to understand how their faith has evolved over time and how religion has shaped their experiences of displacement. I also spoke with church leaders about the role religious institutions can play in combating homophobia, transphobia and xenophobia.

South Africa has long hosted LGBT people fleeing persecution. Many are seeking protection from violence, prosecution and harsh criminal penalties. Others come from countries where homophobic and transphobic attitudes remain pervasive, even when there are no specific laws targeting sexual and gender minorities.

Those who reach South Africa hope its progressive laws will shield them from the experiences left behind – beatings, extortion, familial abuse, forced marriage or simply having to hide their identities, desires and relationships.

For many, this dream of freedom remains unfulfilled. Research shows that LGBT migrants, refugees and asylum seekers struggle to find housing and jobs, and are regularly subjected to physical, sexual and emotional abuse. They also encounter discrimination from government officials, police officers, medical personnel and others tasked with providing care and support.

As the stories in my book show, religion is a major reason why LGBT Africans leave their countries of origin. It also contributes to the discrimination they encounter in transit and in South Africa.

Religious objections to sexual and gender diversity can even undermine a person’s ability to claim asylum. Recently, a Zambian man was denied protection because he identifies as both gay and Christian – something the Refugee Status Determination Officer deemed impossible.

Yet, religion can also be a source of comfort and strength, offering LGBT migrants, refugees and asylum seekers a theological foundation from which to claim their identities and rights.

Religion as a driver of displacement

Thirty people were interviewed for this project. They came from a wide array of countries – Cameroon, Ethiopia, Lesotho, Nigeria, South Africa, Uganda, Zambia and Zimbabwe – and identified with a variety of faith traditions, yet all reported feelings of shame and guilt in their formative years.

This inner turmoil was attributed to their religious upbringing and the negative comments to which they were exposed. Some shared memories of religious leaders expressly denouncing LGBT people, while others recalled a general culture of homophobia and transphobia legitimised on religious grounds.

In extreme cases, participants were subjected to direct violence from religious leaders:

The teachers [at the madrasa] would punish me for being feminine. At first they would just use words to make me feel bad, but over time they began to beat me. They would say that Islam doesn’t tolerate boys like me. – Eeyban (Ethiopia, gay man, p. 87).

Religious leaders’ sanctioning of homophobia and transphobia can have profound impacts. It can make LGBT people believe they are sinful and diseased, and can encourage discrimination from families, communities and governments. In many cases, it establishes a culture of impunity for perpetrators of violence.

Religion as a source of comfort

Many shared positive memories of attending religious services and described their faith as integral to their sense of self. Very few saw a contradiction between their spiritual beliefs and their sexual orientation or gender identity. Instead, they offered up theological arguments for diversity:

“The Bible tells us that love is the most important thing, that we can’t know God if we don’t know love, so for me it is important to honour the desires that God has blessed me with. – Nkady (Lesotho, lesbian woman, p. 206)”

The Biblical commandment to love without judgement was also used to critique religious leaders’ inaction:

This shift from perceiving religion as an oppressive force to one that can promote inclusion was attributed to participants’ involvement with the LGBT Ministry. Meeting progressive faith leaders helped them make peace with their identities and find strength in their beliefs.

In much of the literature on LGBT displacement, religion is presented negatively. It is seen as little more than a reason why LGBT people move. My book argues for a more nuanced reading of faith, sexuality, gender and migration. The stories show that LGBT Africans are interpreting scripture in ways that reflect their aspirations, values, needs and experiences, while also buttressing their demands for justice and equality.

It is crucial that researchers, activists, state officials and faith leaders expand their understanding of the relationship between religion and displacement. This will help them think differently about the experiences of LGBT migrants, refugees and asylum seekers. It also serves as a reminder of the positive contribution that religious institutions can make in the fight against prejudice. DM/ML

Seeking Sanctuary is published by Wits University Press.
This story was first published in The Conversation.

John Marnell is a doctoral researcher at the African Centre for Migration & Society (ACMS), University of the Witwatersrand.