Your smile’s cosmic history: we discovered the origin of fluoride in early galaxies 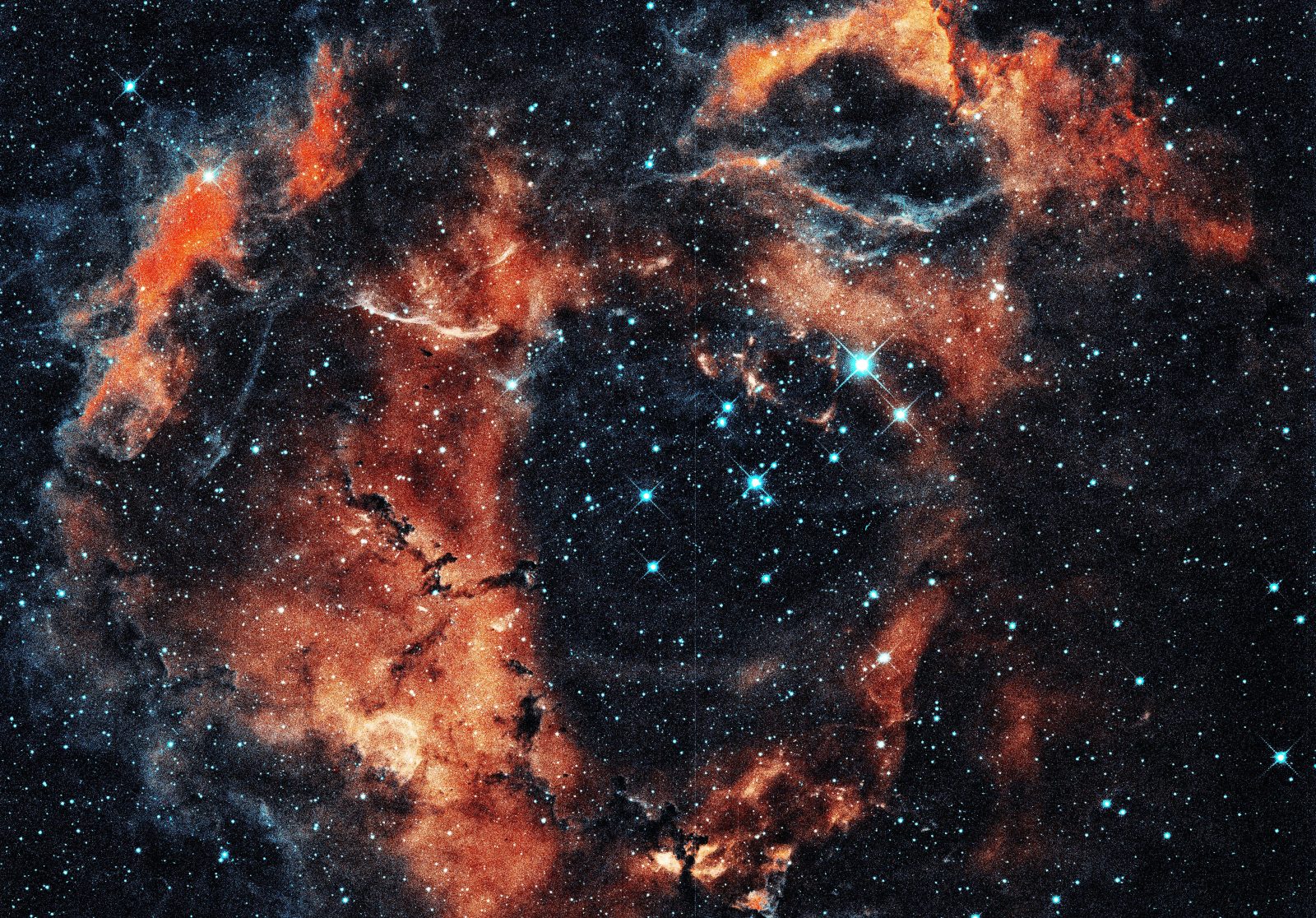 Look at the ingredients on a tube of toothpaste and you will probably read something like “contains sodium fluoride”. Fluoride, as you probably know, is important for healthy teeth. It strengthens enamel, the hard, protective layer around a tooth, and so helps prevent cavities.

You may not think too deeply about toothpaste. But like all things on Earth, from the majestic to the mundane, fluoride – and the story of a smile – has a cosmic origin. Now, my colleagues and I have published a paper in Nature Astronomy that sheds some light on it.

Virtually all natural elements were formed long ago in the history of the universe. Hydrogen is the oldest element: it formed very shortly after the big bang, about 14 billion years ago. Within a few minutes of the big bang, the light elements helium, deuterium and lithium were also formed in a process called big bang nucleosynthesis. Since then, nearly every other element has been forged in processes associated with the life and death of stars. But those stars were not always around.

We still don’t know exactly when the first stars ignited in the universe, but it probably didn’t happen for about 100 million years or so after the big bang. Before this, the universe was filled with a fog of hydrogen, mingled with the mysterious, invisible substance astronomers call dark matter. This fog was not smooth, but rippled – slightly denser in some places. It was these regions that started to contract, or “collapse”, due to gravity, to form the first galaxies. Where the gas got dense enough, stars ignited and lit up the universe.

The following few billion years was a time of rapid growth: the rate of star formation in the universe rose sharply until it reached a peak, 8 to 10 billion years ago. Ever since that “cosmic noon”, the overall rate of star formation in the universe has been in decline. That’s why astronomers are so interested in the early phases of the history of the cosmos: what happened then shaped what we see around us today.

While we have quite a lot of information about how the growth of galaxies “ramped up” in terms of their star formation, we have relatively little insight into their chemical evolution at the earliest times. This is important because, as stars live and die, the elements they produce become dispersed throughout a galaxy and beyond. Many years later, some of those elements can form new planets like ours.

We observed a distant galaxy called NGP-190387 with the Atacama Large Millimetre/sub-millimetre Array (Alma) – a telescope that detects light with a wavelength of around one millimetre. This allows us to see the light emitted by cold dust and gas in distant galaxies. The data revealed something unexpected: a dip in the light at a wavelength of exactly 1.32 millimetres. This corresponds exactly to the wavelength at which the molecule hydrogen fluoride (HF), comprising a hydrogen atom and fluorine atom, absorbs light (taking into account a shift in wavelength that happens due to the universe’s expansion). The deficit of light implies the presence of clouds of hydrogen fluoride gas in the galaxy. This light has taken over 12 billion years to reach us, and we see the galaxy as it was when the universe was 1.4 billion years old.

This is exciting, because it provides information about how galaxies first became enriched with chemical elements shortly after they first formed. We can see that even at this early time, NGP-190387 had a high abundance of fluorine. Although we have observed other elements in distant galaxies, such as carbon, nitrogen and oxygen, this is the first time fluorine has been detected in a star-forming galaxy at such a distance. The greater the variety of elements we can observe in early galaxies, the better our understanding of the process of chemical enrichment at that time.

We know that fluorine can be produced in different ways: for example, in star explosions called supernovas and in certain “asymptotic giant branch” stars – red supergiant stars nearing the end of their life, having burned most of the hydrogen and helium in their cores and now swollen in size.

Models of how elements form in stars and in supernovae can tell us how much fluorine we should expect from these sources. And we found that the abundance of fluorine was too high in NGP-190387 to be explained by supernovas and asymptotic giant branch stars alone. An extra source was needed, and this is probably another type of star called a Wolf-Rayet. Wolf-Rayet stars are quite rare – there are only a few hundred catalogued in the Milky Way, for example. But they are extreme.

Wolf-Rayet stars are a phase in the lifecycle of very massive stars – with more than ten times the mass of our Sun. Approaching the end of their short life, these stars burn helium in their cores, and are millions of times more luminous than the Sun. Unusually, Wolf-Rayet stars have lost their envelope of hydrogen via powerful winds, leaving the helium core exposed. They will eventually explode in dramatic core-collapse supernova explosions. When we added the amount of fluorine expected from Wolf-Rayet stars to our model, we could finally account for the dip in light from NGP-190387.

This adds to a growing body of evidence that shows that the growth of galaxies was surprisingly fast-paced in the early universe: a frenzy of star formation and chemical enrichment. Those processes lay the foundations for the universe we see around us today, and this work provides new insight into the detailed astrophysics at play, over 12 billion years ago.

But perhaps the main take away is that it shows that the story of your smile is a tale as old as time. DM/ML

James Geach is a professor of astrophysics and Royal Society University Research Fellow at the University of Hertfordshire.