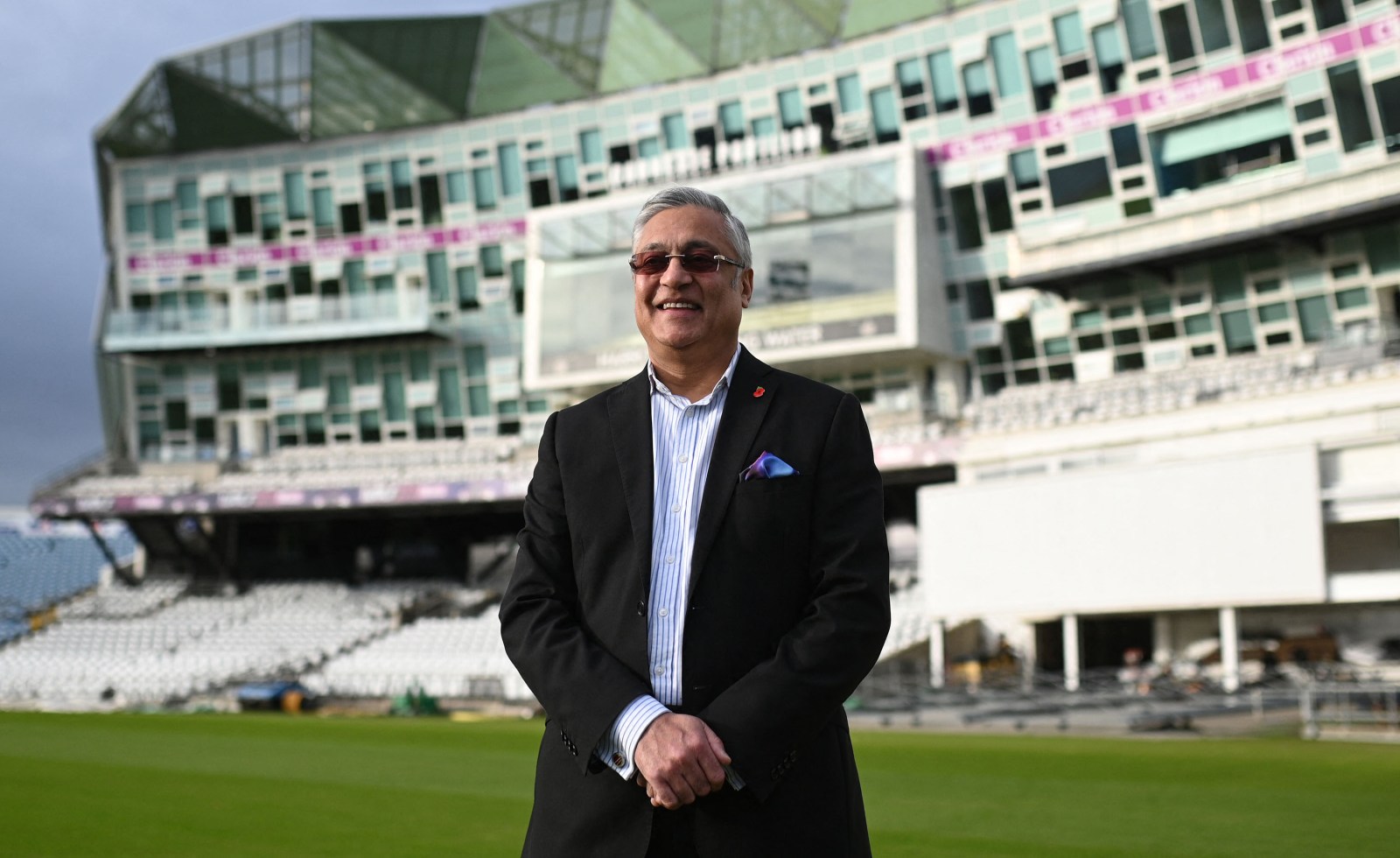 The club have been suspended from hosting internationals by the England and Wales Cricket Board and lost key sponsors after widespread criticism of their failure to act on a report that found Rafiq was a victim of “racial harassment and bullying”.

Speaking at a news conference Patel, who replaced former chair Roger Hutton, who resigned on 5 November, praised 30-year-old Rafiq for speaking out.

“Azeem is a whistle-blower and should be praised as such. He should never have been put through this,” Patel told reporters.

“We’re sorry for what you and your family have experienced and the way in which we’ve handled this. I thank Azeem for his bravery in speaking out. Let me be clear from the outset, racism or discrimination in any form is not banter.”

Rafiq, who is of Pakistani descent and is a former captain of the England Under-19s, said in September 2020 that he had received racist abuse and was made to feel like an outsider at Yorkshire, and that he had even contemplated suicide.

The Yorkshire investigation into Rafiq’s claims reportedly found that a derogatory term used about his Pakistani heritage was regularly used but concluded it was “good-natured banter”.

Patel said that anyone believing that the expression was banter would be shown the door. Admitting he had not read the whole of the report, Patel said what he had seen made him feel “uncomfortable”.

“It makes me feel the process wasn’t as well completed as it should have been,” he said.

Patel outlined the steps he had taken since becoming chairman, including settling the employment tribunal with Rafiq without a nondisclosure agreement (NDA) and establishing a whistle-blowing hotline for victims of discrimination.

He also said the full report into Rafiq’s allegations would be shared with those with a “legal interest”, including Rafiq’s lawyers, the England and Wales Cricket Board and MPs.

Patel said he was determined to rebuild trust in Yorkshire and return the club to the pinnacle of English cricket.

“This episode highlights the huge amount of work that still needs to be done,” he said. “There is a clear need for urgent and seismic change starting from within…

“This club should be the pinnacle of English cricket, and as a proud Yorkshireman myself, it pains me to see it in this situation. I believe there should be a period of truth and reconciliation to get to the bottom of our culture and our processes, to learn from our mistakes and re-establish trust.”

“It should not have taken the rest of the club a year to realise I would not be silenced through an NDA,” he said. “I spoke out because I wanted to create change at the club. I brought a legal claim because the club refused to acknowledge the problem and create change.” Reuters/DM168