Diverse voices of the people are not being heard, claim...

Diverse voices of the people are not being heard, claim civil society groups 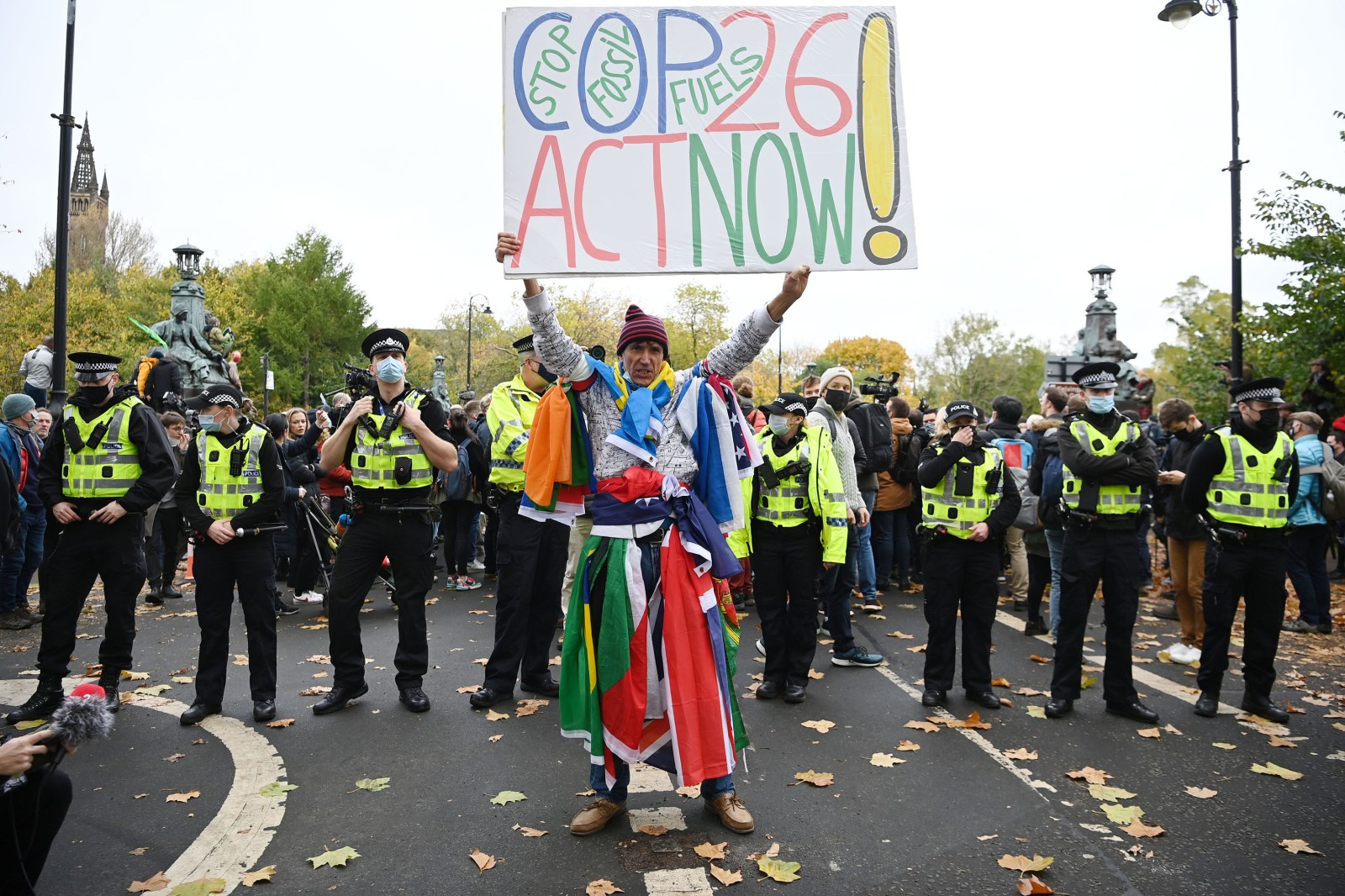 The current Conference of the Parties (COP) has been dubbed the most ambitious by many, but also the weirdest, as the United Nations’s climate negotiations take place under “strict” Covid-19 restrictions, with control over meeting rooms limiting the voices of civil society organisations to only one or two observers per delegation.

The conference has almost 40,000 registered participants, 11,734 of those belonging to nongovernmental organisations (NGOs) labelled as observers. The role of the observers in the negotiating rooms between the 197 country representatives is to maintain the transparency of the negotiating process and ensure that civil society is well spoken for.

“After reassessing room capacity, the secretariat has come up with an initial measure for Monday, 1 November 2021, which consists of the participation of only one delegate per Party for each meeting room. We appeal to your understanding and flexibility to allow this measure to be tested in consideration of these exceptional circumstances,” the UN climate change secretariat said.

Thando Lukuko, a node coordinator for the South African Climate Action Network, told DM168 that, for the first three days of the conference, a ticketing system was used, leaving most observers unable to enter the meeting rooms where negotiations were taking place owing to the World Leaders Summit that took place earlier this week.

In a quick move to rectify the limitation placed on the number of people who could enter a negotiating room, COP26 placed the restrictions on hold on Tuesday evening after feedback from countries and consultation with the UK COP26 presidency, enforcing the new regulations from Wednesday onwards.

Despite this, there have been delegation members who have tested positive for the virus. However, COP26 president Alok Sharma said in a press briefing that the number was not substantial, without sharing the exact figure.

“But there’s a provisory there as well,” Lukuko said, referring to the lifting of restrictions. “If the negotiation room has sufficient space for the parties, [who] are the ones who are doing the negotiations, then parties and observers are allowed into the room. But if, for whatever reason, there isn’t enough space for the party members, then they would ask the observers to step outside so that the parties can have space in the room to engage on the issues. That is the one challenge.”

The coordinator said that the limitations were to avoid an outbreak of Covid-19 and that security stood at the door to limit the observers. He added that, although the restrictions had been done away with, there were still limitations for observers.

He highlighted that there were closed sessions reserved solely for parties, at which no observers were permitted, which was the usual practice. However, limiting the observers in open sessions was unusual.

Restrictions also included daily testing for Covid-19 and reporting results online. Lines snaked to gain access into the main area, with queues taking about an hour, especially during the World Leaders Summit on Monday and Tuesday. In a rush to get into the venue, participants were packed tightly together as they tried to get ahead and go about their COP26 business, creating a breeding ground for the virus.

The daily Covid-19 results reporting is also a matter of ticking a box on an online form, with no way for officials to be able to differentiate between fact or falsehood. The lack of physical distancing also defeats the purpose of measures such as restricting the presence of observers.

“The UK government hasn’t done a good job of planning all this, to be honest with you. It could have been done much better. It is the current situation right now. But traffic seems to be reduced much less than it was in the first three days,” Lukuko said.

Sonia Phalatse, economist and researcher at the Institute for Economic Justice, told DM168 that she noticed there were two COP meetings under way.

“On the one hand there are world leaders and well-to-do folk who clearly have access to exclusive negotiations and spaces. In this COP26 they have been able to paint a rosy picture of the future because of their access to the media. On the other hand, there is the other COP, where many voices are drowned, invisible and overlooked. It is sad that most of these voices are young people/African diaspora/Global South more broadly,” Phalatse said.

The researcher said COP26 was the first she had attended and that, given the urgency highlighted by the Intergovernmental Panel on Climate Change, she thought there would be greater inclusion of diverse voices in negotiations.

Global South people, mainly made up of black and brown people, have been largely excluded from the negotiations owing to visa restrictions. This is despite the fact that Global South people are the ones disproportionately affected by the climate crisis, which the Global North is highly responsible for.

The limited numbers of people from the Global South was evident in the venue, which was mainly filled with white men in suits, with a small percentage of people of colour peppered in the crowds – a reality also reflected in the newsroom media centre.

As negotiations continue into their second week after a week of ambitious announcements that have not been backed by implementation measures, some remain sceptical about the “ambitious COP” materialising and fear that the conference may be yet another talk shop. DM168

Diverse voices of the people are not being heard, claim civil society groups