Rocky roads, take me home: ANC’s long-term fate may be decided in 2024 — and it won’t be a smooth trip 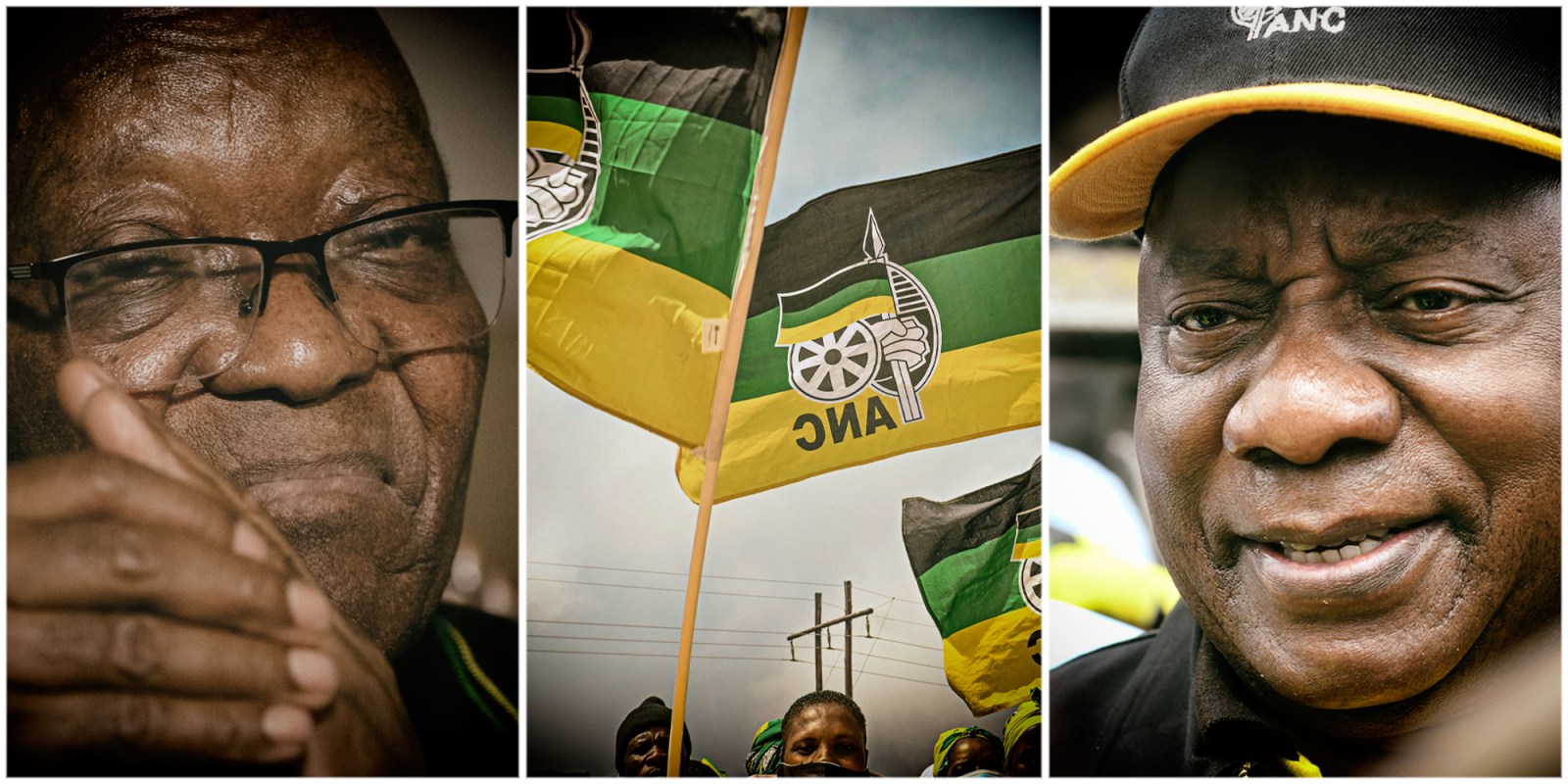 Political parties will have to improve the lives of people to win votes. This would certainly be the best way for the ANC to retain national power. But it may find there is too little time to reverse the ride.

It is now likely that over the next two-and-a-half years our politics will be dominated by the simple but complex question of whether the ANC will be pushed below 50% in the 2024 local elections. While, to some, it may seem obvious that it will not win the absolute majority, based on the 46.04% of the national vote it won in these local elections, it is not a certainty. In fact, it is impossible to say whether the ANC will lose or not. What is clear, though, is that, for arguably the first time in our democratic history, there is now proper electoral accountability.

There are now certain key dynamics that could determine what happens. It is clear that the ANC itself will have to respond to the slide. This could even include using government power to attempt to increase its support. Also, there is still no other party in the country that can gather together a national coalition of interests across our society in the way the ANC can.

While it is tempting for many people, particularly those in opposition parties, to treat the outcome of this election as if it were a national election, that is probably misplaced. In the 2016 local elections, the ANC clocked 53.9%, but in the 2019 national election, it won 57.5%. This suggests that there is a significant differential between local and national elections for the ANC vote, though some will point out that the face on election posters was that of Jacob Zuma in 2016, and was replaced with more popular Cyril Ramaphosa in 2019.

This time there was also a pandemic and a low turnout. Those are not guaranteed to happen next time around; in fact, it is likely that there will be a huge effort by all parties to get supporters out to vote, which may well work to the ANC’s advantage.

Also, it could simply be a different election. This time around the ANC had been the centre of scandal and the nation had heard three years of testimony about the ANC’s record in government at the Zondo Commission. The pandemic-related corruption must have horrified and repulsed many voters. There can be no doubt that almost everyone is poorer than they were because of the pandemic. Some of these losses may have been reversed by 2024.

Of course, the key to how the ANC does in 2024 will be its own behaviour, particularly around corruption and service delivery.

The ANC’s leadership has said several times since Monday’s elections that this serves as a signal to speed up its renewal, with more promises to clean up its act.

But these promises have been made many many times before. Even Zuma promised to act against corruption, as ridiculous as it may sound. Ramaphosa’s promise to do the same has been undermined by the shocking PPE corruption that possibly has exceeded anything we have seen before in monetary terms and certainly in terms of the sheer egregiousness of the governing party’s conduct.

While there are several possibilities around whether the ANC can renew itself, it is most likely that the conduct of different factions will diverge wildly.

Some may well try to push for renewal, to avoid corruption and take the statements of the ANC’s leadership seriously.

Others may feel that there is now a deadline looming until the party is pushed out of power, and thus they need to prepare for lean years while they can.

Considering how many people in the party will have lost jobs as councillors in this election, there may be a huge push to take what can be taken, now.

This may well make voters’ perception of the ANC even worse than it is now.

This issue also gets to the heart of the other, bigger problem in the ANC, which is the impact the losses in this election will have on its internal dynamics. The end of abundance is bound to increase the pressure on these disputes and raise tensions in the party even further.

While some in the ANC may blame its leader President Cyril Ramaphosa for this result, others will argue that it is really the result of the RET faction’s conduct over the past many years.

Already Zuma was reported over the weekend in the Sunday Times as saying that members of the ANC should rise up to defend it from the current leadership, who he clearly blames for this result.

In some ways, perhaps the biggest problem the ANC now faces is that, for many years, it has refused to hold those guilty of wrongdoing in its ranks accountable.

How this debate is managed and how it ends could play an important role in what happens in 2024, even though it still seems unlikely at this stage that Ramaphosa could be voted out at the 2022 conference, simply because there is still no obvious contender who could go against him.

But that conference could be crucial in other ways.

A feature of ANC NEC elections has been that people implicated in wrongdoing have often been voted into the party’s most important structure. Tony Yengeni has been re-elected many times despite a conviction for corruption.

Even after being convicted of hitting a woman, Mduduzi Manana was elected to the NEC in 2017. Malusi Gigaba, Faith Muthambi, Zweli Mkhize and many others are now on the NEC, despite strong evidence they were involved in corruption.

Should they all be elected to the NEC next year, it will be hard for the ANC to even start claiming it is truly renewing itself (especially if the Zondo Commission does make findings against them, which looks almost certain from this perspective).

In some ways, perhaps the biggest problem the ANC now faces is that, for many years, it has refused to hold those guilty of wrongdoing in its ranks accountable.

Now, voters are doing it for them.

Once this dynamic has been introduced it will be very hard to reverse.

However, the ANC is still the party in the national government, and the results of this election may well dramatically change some debates.

The arguments around the basic income grant are perhaps the best example of this.

Up until now, it has been a debate based on principles — should the state ensure no one starves, should everyone receive some money, how does the government afford it, could it result in the government running out of money, and so on.

Now it is likely to be inherently politicised. The brutal maths of a basic income grant is that few people will reject receiving money from the government. There will be an obvious, and massive, temptation to use it as a vote-winner.

This temptation might well extend to other things — you can imagine an ANC leader promising to force the introduction of the National Health Insurance scheme to claim private hospitals are open for all, or to say that everyone should receive a permanent job under the Expanded Public Works Programme.

This could turn into a recklessly populist time for our country, particularly if some provinces have long-lasting impacts on a fiscus already under severe strain.

But even that kind of approach is not guaranteed to work, simply because there is now so much cynicism in our politics.

That means parties will actually have to improve the lives of people to win votes. This would certainly be the best way for the ANC to retain national power.

The next elections are due in early 2024. The ANC may simply find that there is just not enough time. DM