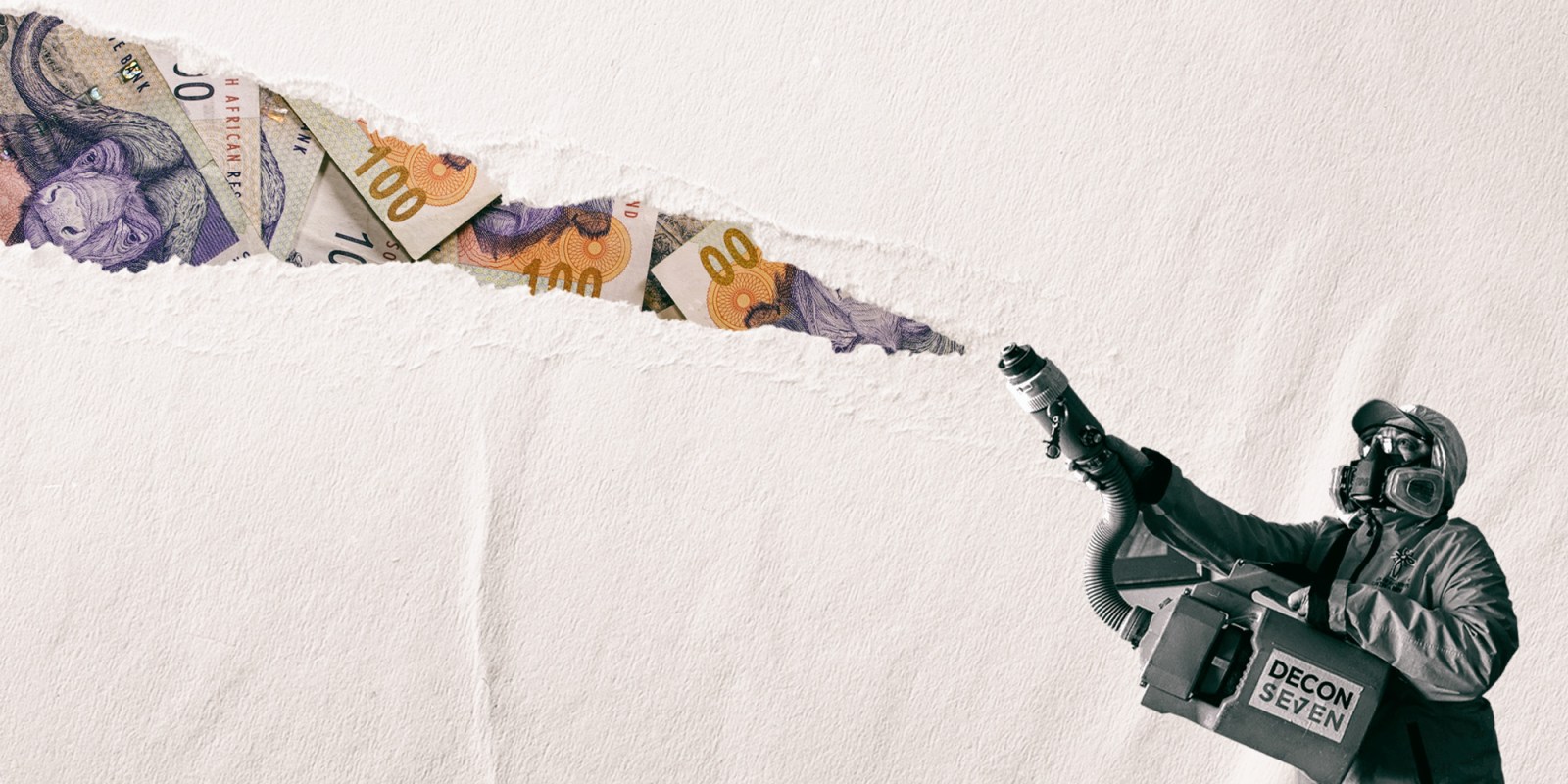 Two important state institutions on Friday dropped unexpected media statements that suggest that the net is closing in on some of the fogging and PPE disinfectant companies exposed, over past months, by Maverick Citizen’s investigations.

First came a statement from the Directorate for Priority Crime Investigation (the Hawks), which announced an “investigation under way” into fraud and/or corruption by the SAPS “in the procurement of PPE [personal protective equipment] between April and July 2020”.

This is a surprising turn of events after police spokesperson Brigadier Vishnu Naidoo has repeatedly claimed that the SAPS had been cleared of irregularities concerning the R1.6-billion it spent on PPE in 2020.

In recent weeks our investigation has focused on one company in particular, Red Roses Africa, which netted R515-million from the sale of gloves and disinfectant alone.

However, from the reports of the SAPS head of internal audit, Major-General DT Nkosi, it is clear that Red Roses was by no means the only company that made money by price gouging on the costs of PPE.

Confirming this, Hawks spokesperson Brigadier Nomthandazo Mbambo said that “evidence is being collected against a number of companies; of which search and seizure operations were conducted and the seized items & articles are now being analysed.”

We have requested the Hawks to provide further information about which companies, but have not yet received a response.

Maverick Citizen has also learnt that Nkosi, the SAPS internal auditor, was recently demoted by the National Commissioner, General Khehla Sitole, and may be being investigated for leaking internal reports about the PPE grand corruption.

According to a letter of 28 September, signed by the Deputy National Commissioner, FN Vuma, (which we have seen) Nkosi has been reassigned to be head of Auxiliary Services, a transfer she is believed to be challenging. She has already been replaced by Major-General CM Matlou.

The letter’s signator, Vuma, is no less mired in controversy and allegations of corruption than Sitole.

Sources say that Police Minister Bheki Cele tried to stop the restructuring, but that Sitole proceeded in defiance of him. In a tweet, journalist Nomsa Maseko said that Sitole had demoted Nkosi “despite being ordered not to do so by Bheki Cele”.

Then, in another significant move, the South African Revenue Service (SARS) also announced on Friday that it had “recently been focusing on 52 non-compliant companies that received R1-billion in contracts for the supply of personal protective equipment (PPE) and other Covid-19 related services”.

Like the Hawks, in its statement SARS avoided naming names, but it reported that “11 companies have been convicted, seven cases are currently on the court roll, 29 cases are with the National Prosecution Authority (NPA) for the drafting of charge sheets and/or warrant of arrests, while five case dockets are being processed by the Hawks.”

SARS claims to have already “recovered R170-million in unpaid taxes linked to PPE contracts, and R500-million in assets (including cash) are under preservation orders”.

These latest developments come on top of news that the Competition Commission and the Special Investigating Unit are separately investigating Red Roses Africa. This flurry of action is perhaps a hopeful sign that impunity may not be the name of the game in PPE corruption. DM/MC