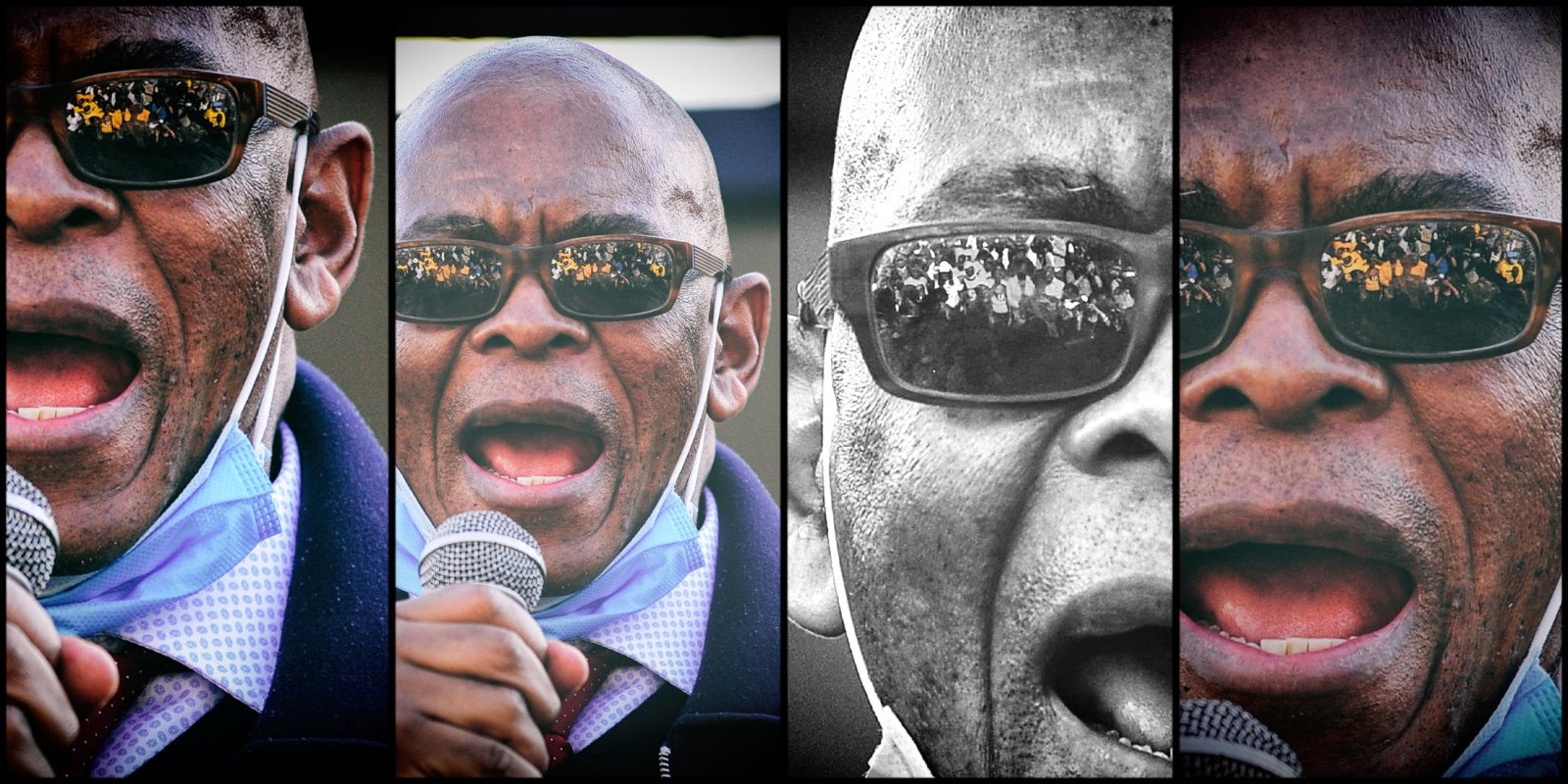 While the currents of the ANC can ebb and flow swiftly, there have been moments when the turn of the tide was impossible to stop. And so it may be with the current gush of events surrounding the party’s suspended secretary-general, Ace Magashule.

The latest decisions by the ANC’s National Working Committee (NWC) appear to show suspended Secretary-General Ace Magashule going down a one-way street from which there is no return – and it’s largely his own actions that have got him there.

On Tuesday ANC Deputy Secretary-General Jessie Duarte delivered a statement on behalf of the NWC. In its statement, the NWC asked a “national presenter” (a sort of prosecutor for the party) to investigate the conduct of Magashule, Tony Yengeni and Carl Niehaus while they were supporting former president Jacob Zuma last week.

The NWC has also appointed a task team to head the ANC in the Free State. This is to be chaired by one of the first ANC members in that province to speak against Magashule, and his great nemesis, Mxolisi Dukwana.

Just that appointment on its own may well be the ultimate symbol of defeat for Magashule.

In its statement, the NWC says that it, “condemned the unbecoming, divisive and defiant behavior of cdes Secretary General Magashule, Tony Yengeni and Carl Niehaus during the recent court appearance of former President Jacob Zuma. The NWC instructed the National Presenter to look into these breaches of discipline and to investigate charges in line with the ANC Constitution and Code of Conduct.”

As Duarte explained the process, the presenter (who is a real person) now has 60 days to investigate, look at evidence, and make a decision about the behaviour displayed by Magashule, Yengeni and Niehaus. This decision is the presenter’s alone.

After that, if there is a decision to press a case against them, it will go to the ANC’s disciplinary machinery.

In the past, this process has resulted in the expulsion from the party of Julius Malema and Bantu Holomisa. Both went on to form their own parties, but both were very different from Magashule.

Of course, this process is not possible to predict. In political parties, disciplinary processes usually are, more than anything, a measurement of the political support of the person being disciplined, even if there is a legal framework to these processes.

And the timescale is difficult to predict – the case against Malema took years to complete.

A disciplinary process sucks up time, energy and political power. Those being disciplined tend to focus on staying alive politically. This makes it hard for them to campaign against anyone or to concentrate on their own agenda. The scarlet letter could become very difficult to avoid.

It may be difficult for Magashule to mount any effective defence. There is no evidence of strong political support for him and at least some of his own moves were well-publicised. Virtually the only people in the party who have spoken in defence of Magashule are Yengeni and Niehaus. And very few people speak up for them (of course, that does not mean no one will: MKMVA leader Kebby Maphatsoe and Ekurhuleni Mayor Mzwandile Masina might just summon up the courage).

During her briefing, Duarte made the point that one of the frustrations of the movement is that people who have a voice in the National Executive Committee make comments on social media. It is probable she was talking about both Yengeni and Niehaus.

Yengeni, of course, served time in prison for taking bribes during the Arms Deal.

And Niehaus is a liar and a fraud.

Magashule is already facing possible disciplinary action for his attempt to “suspend” President Cyril Ramaphosa as leader of the ANC, and has not yet apologised for this – quite the opposite – he could well face more charges.

So, while he is busy defending himself and trying to stay in the ANC, he could be distracted from the fight against his suspension as secretary-general.

Meanwhile, in what may be a bigger humiliation, Magashule’s old foe Dukwana is now going to take charge of the ANC’s provincial task team in the Free State.

There can be no doubt that Dukwana has played an important role in the fall of Magashule.

While there have been several ways in which the public has been informed of Magashule’s alleged corruption in the Free State (including of course the excellent book Gangster State by Pieter-Louis Myburgh), testimony at the Zondo Commission has played a key role in moving the narrative against him.

And this was led, to an extent, by Dukwana.

As early as April 2019, he testified against Magashule and the extent of the allegedly corrupt networks he controlled.

And when Magashule’s allies supported him during his arrest and during the process leading up to the ANC’s “step-aside” resolution, Dukwana spoke up loudly against him. This ensured that it was not just Magashule’s version of events that led the narrative.

It is obvious that Dukwana was not acting alone. He had support, and from a high level. This allowed him to speak and to play the role he did.

Now, he’s been rewarded with this position for his persistence.

To deepen the humiliation, the person Magashule installed as Free State premier, Sisi Ntombela, has been relegated to the position of deputy convenor. Which means that she may have to take political instruction from Dukwana.

Of course, in a task team there are many members, but just this one appointment appears to signal who has the most power within it.

All of this leaves Magashule – and Yengeni and Niehaus – with limited options.

If they speak in public, almost in any way, they could be rightfully accused of breaking ANC rules again, and this could add to the number of charges they ultimately face.

And if Magashule apologises now for trying to “suspend” Ramaphosa as ANC leader, he will be accused of doing so only to save his own skin and of showing a lack of principle.

Should he continue with his court case challenging his suspension (based on an affidavit described by law professor Pierre de Vos as “a mess… [that] advances many nonsensical arguments”), he could lose and face even more humiliation, while having angered the ANC for what many saw as a breathtaking display of hypocrisy.

And yet, if he drops the legal action he may be giving up the only possible lever he could have in the longer battle.

It’s clear that the roads he can travel are mostly dead ends and that his influence is likely to wane even further, particularly in the Free State. Dukwana, who has known Magashule and his network for years, may be well-placed to roll back the (still allegedly) corrupt networks that have been installed there.

In addition, Magashule and Co may soon be cut off from ANC resources, pointing to a bleak future for the fallen secretary-general and his ever-shrinking cohort of supporters. DM