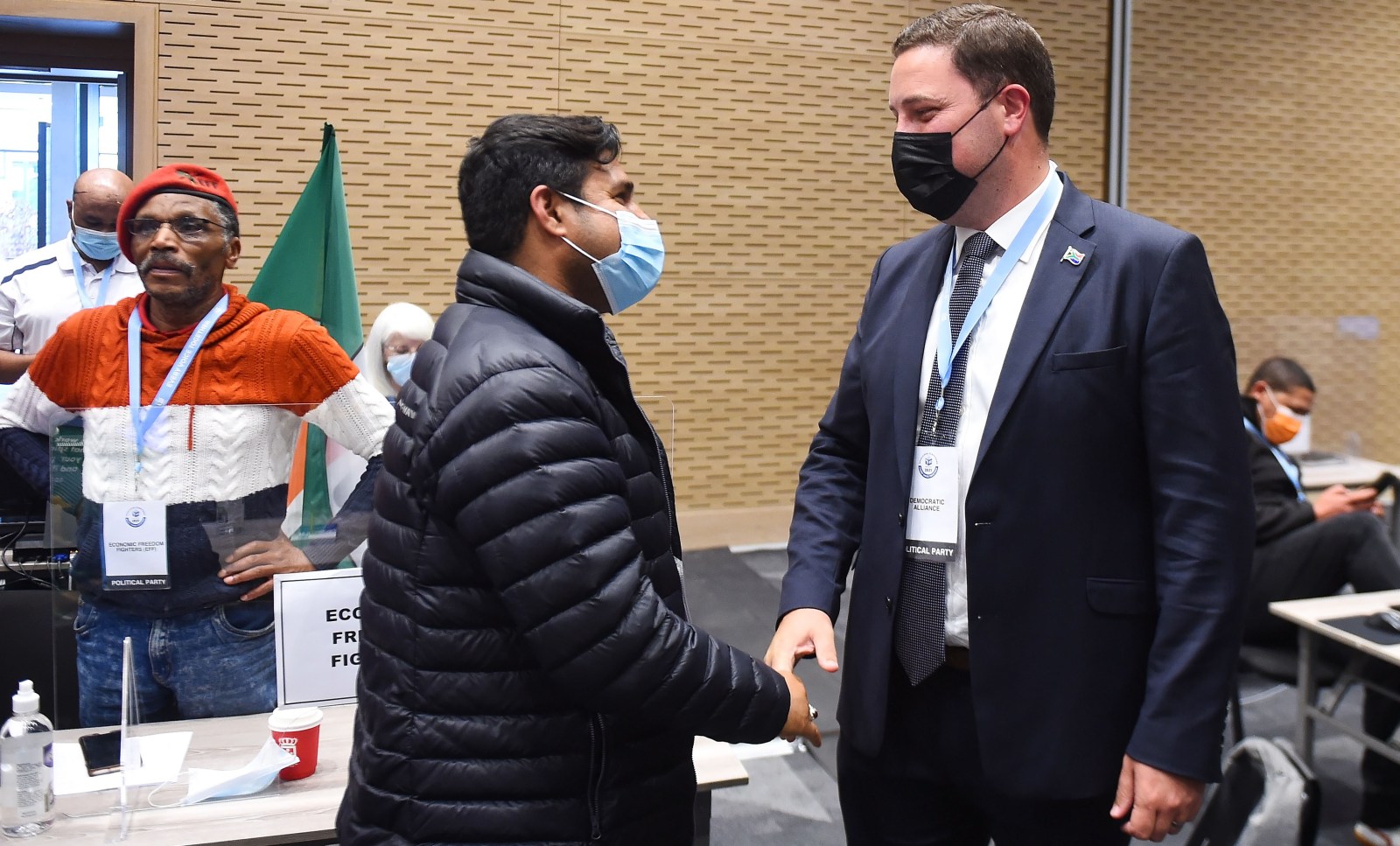 Western Cape results show an unprecedented 16 out of 30 municipalities are hung councils. The race now is to determine who enters into coalitions to secure municipal control.

There are 16 hung councils in the Western Cape – half of the province’s total municipalities.

How councils will form depends on “who is going to go with whom”, said Gouws.

DA provincial leader Albert Fritz told journalists at the Western Cape IEC results operational centre that potential coalitions would first have to be worked through the DA’s federal executive, the party’s highest structure, and thereafter specifics would be worked out.

The DA retained the Cape Town Metro, with 58.22% of the vote,  and also Stellenbosch at the cost of two seats; in Drakenstein (Paarl) it retained control, but with seven fewer seats.

The ANC – the runner-up party in the province, said it too would be discussing possible agreements. Like the DA, the ANC lost significant support. In 2016, the party had 26.22% support in the province. In 2021, support dipped to 20.41%.

ANC provincial convenor Lerumo Kalako said the party would lead its delegation to begin a “process of engaging other political parties with a view to investigate possibilities of coalition governments”.

“The ANC will work tirelessly and consider coalitions with a clear focus on improving service delivery to the citizens of the Western Cape who have emphatically made their voices heard through the votes,” the party said.

GOOD, which won 36 council seats across the province and could have a say in many hung councils, said it would over the coming days be considering its position in the Western Cape to determine “whether it will better serve voters by forming coalitions or providing constructive opposition”.

Other potential kingmakers in the province include the Patriotic Alliance, the Freedom Front Plus, Cape Coloured Congress, Plaaslike Besorgde Inwoners and the EFF.

Gouws said right now, “parties need to clean up their mess”. Pointing out an example, she pointed to the promises of lifestyle audits in the ANC, which have not yet been conducted.

Gouws also warned of a shift to ethnic voting. Pointing to minority interest parties such as the Cape Coloured Congress and the Freedom Front Plus, she said this was “dangerous to democracy” as these political parties were not non-racial.

Meanwhile, Western Cape Premier Alan Winde and MEC for Local Government Anton Bredell explained that within 14 days, new councils will have to elect a speaker and then a mayor. In a joint statement with Winde, Bredell urged parties to come together to finalise representatives including mayors and speakers. In addition, Bredell said councils could count on his support and that his door is open to any councillor or municipal representative who needs support or advice.

The Department of Local Government had set up a help desk to assist with any advice or legal concerns, “and will continue to provide ongoing support to all municipal councils throughout this transitional process”, said Bredell.

The province is expected to host a meeting with all executive and district mayors, currently scheduled for 22 November.

Winde said he is looking forward to meeting newly elected mayors. “It is important that we all work together to ensure that we deliver the jobs, basic services, safety, and well-being that every single person in our province deserves,” he said, adding, “the next five years must be about quality, corruption-free service delivery to our communities so that we keep on moving the Western Cape forward”.DM