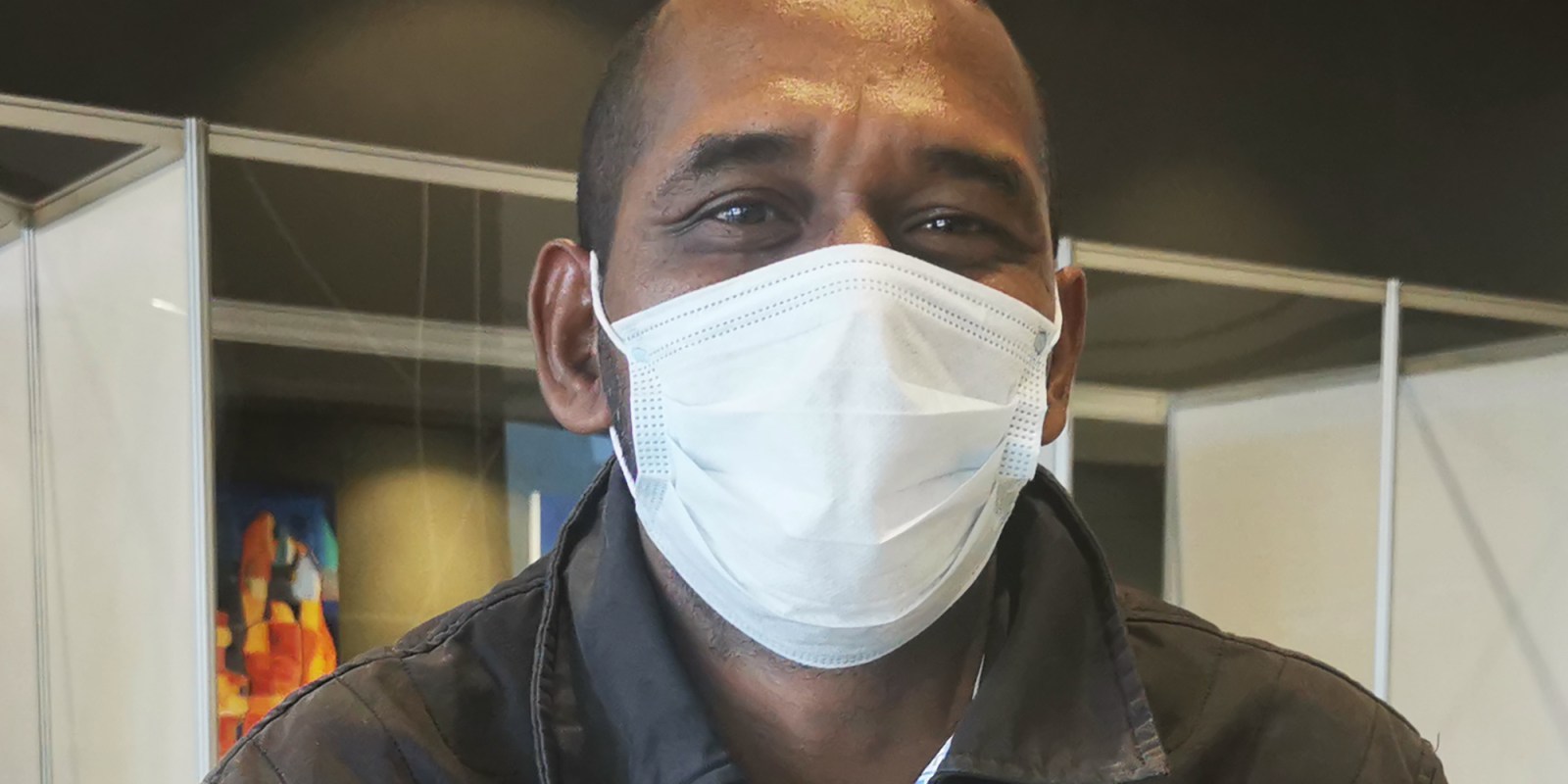 Fadiel Adams, leader of the Cape Coloured Congress, which is currently in fourth place as vote counting continues in the City of Cape Town on Wednesday, 3 November 2021. (Photo: Suné Payne)

In the council race for the City of Cape Town, the Cape Coloured Congress is in fourth place at this stage of vote counting. Party leader Fadiel Adams says that with votes trickling in, particularly from predominantly coloured areas such as Mitchells Plain, the party could be third by the end of the day.

“This will be the five most nervous years the DA has ever faced,” said Fadiel Adams on Wednesday, 3 November as vote capturing and verifying continued in the City of Cape Town.

Adams is the leader of the Cape Coloured Congress (CCC), which is currently the lying fourth as the the vote capturing and verifying process for the 2021 municipal elections enter the home straight.

By noon on Wednesday the party had recorded 33,021 votes, or 3,76%. This puts it in fourth place after the incumbent DA (62,27%), ANC (13, 26%) and GOOD (4,47%). But, Adams told Daily Maverick: “I can guarantee you third place today. Mitchell’s Plain still has to come in. Right now we’re running neck and neck with GOOD, but we pounded GOOD all over Mitchells Plain, so third place is sealed.”

The CCC formed out of the Gatvol Capetonian movement which spread across Cape Town over the past few years, advocating for the coloured community. However, the party only registered formally with the Electoral Commission (IEC) nine months ago, after the elections body rejected the “Gatvol Capetonian” name. EWN reported the IEC’s Brian Heuvel as saying the name “may cause offence to certain sections of the population”.

Speaking to Daily Maverick, Adams said the results were “surreal” and it was still sinking in for the party. “When you go into an election without a track record, without the right breeding, with R70,000 to spread across 52 wards, you shouldn’t be in this election,” he said.

At this point the party was looking to win 11 seats in the city council, although vote capturing and verifying were still ongoing.

How did the party get such a show of support? “I think it was time, we didn’t invent fire… we told coloured people, while we don’t have all the answers, we know exactly what the problem is and we are going to start fixing it,” said Adams.

But would the party fix things in Cape Town?

“Well, we get into council first and then we start stamping our own authority. The City of Cape Town will never again have 30 vacancies and employ 29 black Africans in particular not with us there. Never again will they build 400 houses and give 15 to coloured people – that’s why we’re there, to put an end to this madness,” said Adams, who has been described as “coloured nationalist”.

During its first political contest, a by-election in Ward 20 (Delft) in April 2021, the party won 19%, dipping into both DA and ANC support.

When asked what the party would do in the city council if it were in power, Adams said: “I’d have an impact assessment done so that we can see what damage 27 years of BEE, homelessness, unemployment and gangsterism and drugs – all of which the state has a hand in – has done to the coloured community. Because only once we know the full extent of the damage can we work on a workable solution.”

He added: “If you look at all the issues that we list, the government has a hand in it and it is our plan to hold the government to account… this will be the five most nervous years the DA has ever faced.”

Final results for the Western Cape are expected to be released by 3pm on Wednesday during a briefing at the provincial results operational centre in Century City. DM