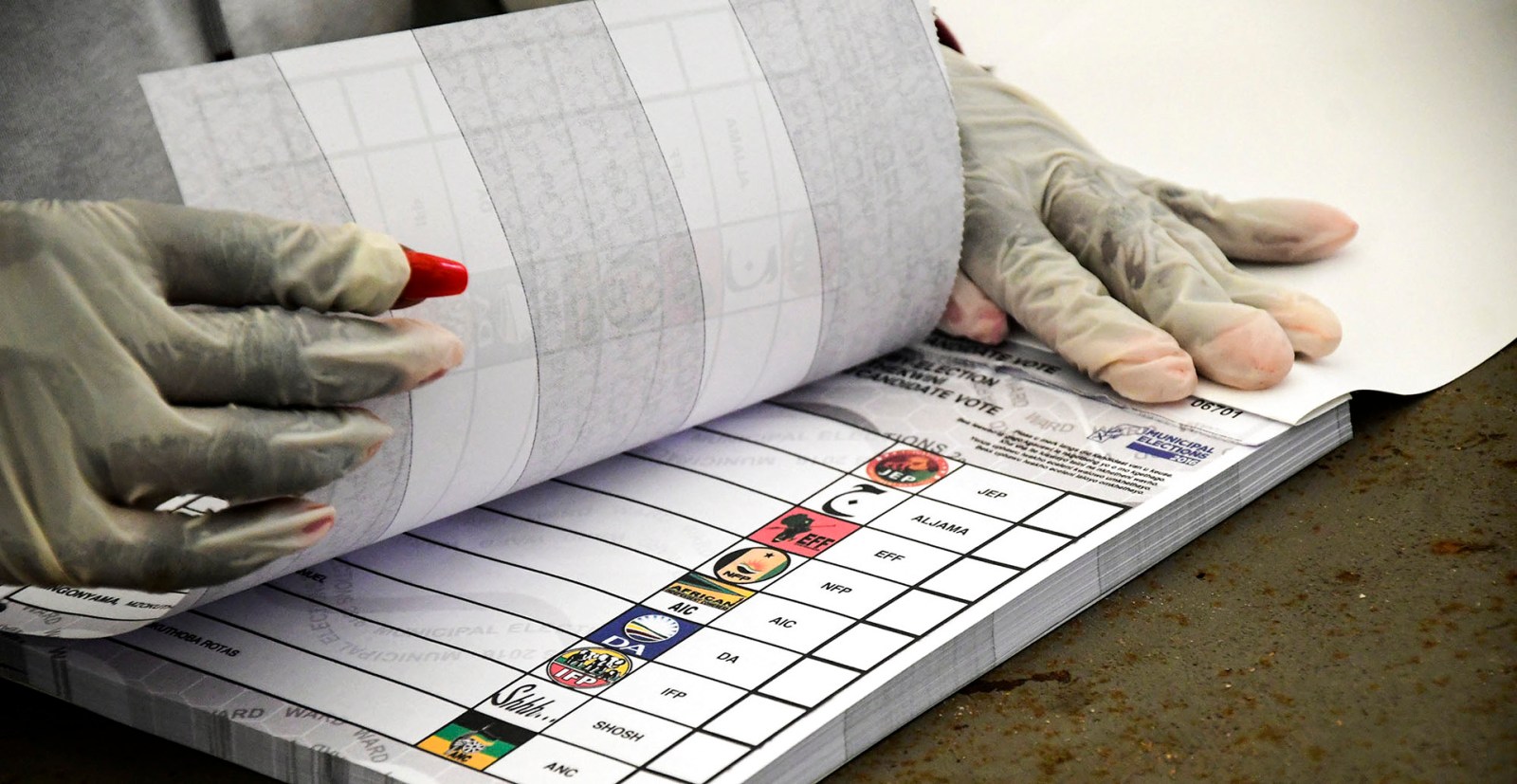 The DA was again stymied by losing votes to smaller parties appealing to coloured voters. (Photo by Gallo Images/Darren Stewart)

By-elections take on extra significance from now, with the date for the country’s local elections set for 27 October. The announcement by President Cyril Ramaphosa was made on the same day as 14 by-elections were held, including in the Western Cape where the DA continued to lose ground to special-interest parties.

Tricky challenge at ward polls for ANC, DA and EFF

There was a scenario that South Africans could wake up on Thursday morning with the ANC and its coalition partners removed from power in Knysna and Beaufort West. But the party retained the Beaufort West seat and won the Hornlee seat in Knysna from the DA.

The DA was again stymied by losing votes to smaller parties appealing to coloured voters, and was also affected by a former DA ward councillor retaining her seat as an ANC candidate.

In by-elections late in 2019 there was a clear pattern of former DA voters lending their support to parties like GOOD in George and Vredenburg, and the Patriotic Alliance and Al Jama-ah in Johannesburg.

This trend continued in the Western Cape during the latest round of by-elections as the DA lost support to the Patriotic Alliance in Beaufort West and the Cape Coloured Congress in Delft, Cape Town. While the ANC continues to battle in Cape Town, parties like GOOD, the Cape Coloured Congress and Al Jama-ah will surely see the DA losing a number of its proportional representation councillors in the 2021 local government elections in Cape Town.

Ward 20 is in the corner of Delft where the R300 road meets the N2. The DA runs up the numbers in Eindhoven and Voorburg and traditionally carries one of the two Delft voting stations. The ANC’s bedrock of support is in Delft South and the part of Delft where the factories are situated.

The DA might have kept the rest of the chasing pack away by some distance in this by-election, but there were certainly some concerns at party headquarters. The party shed ground to a new party, the Cape Coloured Congress in its strongholds in the ward. The Cape Coloured Congress grew out of the Gatvol Capetonian movement and has strong links to Delft. The party got 31% in Eindhoven, with the DA getting 58%, well down from the 91% it won in 2016. It also got 28% and 29% in the two Voorbrug voting districts, with the DA getting 69% and 721% respectively. In both of the Voorbrug voting districts, the DA got over 90% in 2016.

The Cape Coloured Congress’s strong performances in these voting districts saw it surge to a second-place finish ahead of the ANC and the EFF. It was not all doom and gloom for the DA in Ward 20. It was able to win a Delft South voting district off the ANC, and its chief rival in the city, the ANC, lost close to half its percentage support in the ward.

The EFF benefited from voters’ antipathy to the ANC in the ward as it finished on 13%. The party won 45% of the vote in the voting district situated around the Delft factories. In 2016, it only got 6% of the vote there. The ANC’s vote share fell from 84% to 51%.

The ANC continues to struggle in the City of Cape Town. The DA will know that the fact that GOOD did not take part in this by-election spared it from finishing with less than 50% of the vote. The party will have to deal with both GOOD and the Cape Coloured Congress in the 2021 local government elections in Cape Town.

Turnout was 29% (58%) – slightly higher than for a typical Cape Town by-election.

Hornlee is on the outskirts of Knysna, next to the N2 road which links Knysna with Plettenberg Bay. This was the second by-election in the ward since 2016. The previous ward councillor, Lorraine Opperman, defected from the DA to the ANC.. It must also be noted it is the ward where the Congress of the People (COPE) did the best in the 2019 elections. The ward has strong links to Knysna mayor Ricky van Aswegen. He is from COPE and works with the ANC in a coalition. If the DA had retained this ward then Van Aswegen and the ANC would have lost control of the council.

The ANC had a smashing victory on Wednesday night, a far cry from its third-place finish on the provincial ballot in 2019. Many Hornlee voters felt that Opperman was badly treated by the DA. They rallied behind her and her popularity ensured that the ANC, COPE and Knysna United Congress had the numbers to continue governing in Knysna.

In the traditional DA stronghold of the Koinonia Church voting district, the ANC again got 49% of the vote. Here it attracted DA voters as well as supporters of the other above-mentioned parties, well up from the 27% it received in the 2019 by-election. It was a stark contrast for the DA whose support here dipped from 53% to 39%.

This has been a competitive ward in the past few by-elections, but the ANC has always had a sure path to victory. The Kwa-Mandlenkosi voting district has more registered voters than the DA bastion of support in the town centre. If the ANC gets its supporters to the polls in Kwa-Mandlenkosi, the ward will be retained.

There were two additional factors in this by-election. Former ward councillor Sinki Motsoane was expelled from the ANC for disobeying party instructions. He ran as an independent. Truman Prince, the veteran strongman of Beaufort West politics, ditched the colours of the ANC for the light-green hue of Gayton McKenzie’s Patriotic Alliance.

The DA was not able to use this crowded field to its advantage. Turnout was significantly down in the town centre, meaning that despite two former ANC councillors affecting the by-election, the DA’s inability to drive its base out prevented any chance of a DA upset. The party also lost support to the Patriotic Alliance in the town centre as its vote share declined from 75% to 60%, with the Patriotic Alliance getting 24%.

Expect Truman Prince and the Patriotic Alliance to loom large at the 2021 local government elections in Beaufort West. If they come close to replicating this result, they will have a strong chance of being the next kingmakers of Beaufort West. DM