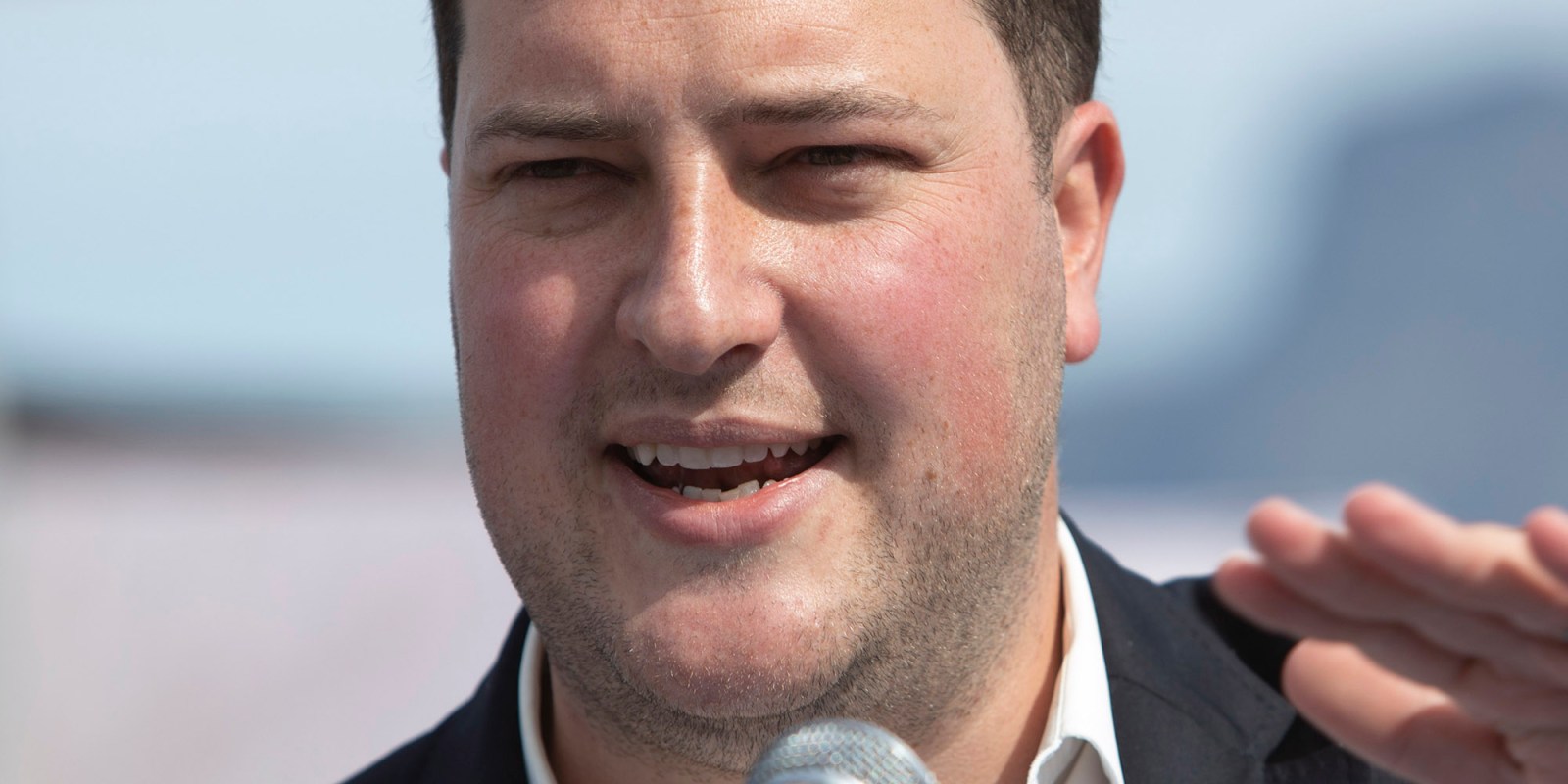 He might be only 34, but Hill-Lewis is a long-serving member of the DA, having been part of the first DA Students Organisation at UCT. (Photo: Leila Dougan)

By the end of November, DA MP Geordin Hill-Lewis will be sworn in as Cape Town’s mayor – the youngest mayor in the city’s history at 34.

Geordin Hill-Lewis said he was “very excited” about becoming Cape Town’s mayor. “There’s two weeks to go before the inauguration and before council starts, so there’s time to do preparation – there’s some time to catch up on sleep and there’s some time to really focus on priorities,” he told journalists this week.

On Thursday, results from the 2021 local government elections confirmed the DA won the most votes in the City (1,058,008 or 58,22%). As a result, the party has 153 seats, one of which will be taken by incoming mayor Hill-Lewis. This will be the fourth straight election victory for the DA in Cape Town since 2006.

At 34, Hill-Lewis, a resident of Edgemead in the city’s northern suburbs, will become the city’s youngest mayor to date, according to the DA.

He might be only 34, but Hill-Lewis is a long-serving member of the DA, having been part of the first DA Students Organisation at UCT. He has also worked as chief of staff to Zille, a former Cape Town mayor and current DA chairperson. Hill-Lewis has been a DA MP since 2011, sitting on the oversight committees of public service and administration and trade and industry. In 2019, he became the DA’s shadow minister of finance.

Speaking to journalists, Hill-Lewis said voters gave the mandate to the DA for another five years and the party would be “doing more in Cape Town to protect residents from the consequences of failing basic services at a national level in electricity, safety and policing, in public transport”.

Another mandate would be to do more to improve the lives of the poorest of the poor in the city. “We want Cape Town to be a city of hope in South Africa that every person can be proud of, and we want to earn the faith and trust that our voters have shown us on Monday.”

See these Daily Maverick articles about the challenge Hill-Lewis inherits when it comes to policing:

And the state of Cape Town:

The (Un)Fair Cape: There’s a way to go before the poor see some of Cape Town’s sparkle.

The ANC, which will be the official opposition in council, told Daily Maverick it accepted the elections as a “true reflection of the will of the people”. The party, through provincial head of communications Sifiso Mtsweni, congratulated Hill-Lewis: “We hope that in this term the DA-led City of Cape Town places the interests of every citizen of the city, especially the poor, in its confidence and that service delivery is accelerated. Ours is to continue to build on the electoral support we received and continue being an effective opposition in the city.”

GOOD’s mayoral candidate, Brett Herron, who has often clashed with Hill-Lewis over affordable housing and spatial planning in the city, congratulated the incoming mayor. He said the DA moved its position on issues such as the location of affordable housing (which led Herron to quit the party in 2018), “but in this campaign we have forced them to shift that position to an overt promise to use public land, including city land, to address spatial justice issues”.

Herron added that Hill-Lewis would need to deliver on election promises:  “This will be the true test of his worthiness to be the mayor of this city… whether he can deliver what he promised unequivocally.

“He is a die-hard party insider so we have to assume that his commitments come with the support of the inner circle of the DA. Despite this he will still have to navigate the divisions within his caucus on issues of spatial and social justice. We will support any efforts he makes to deliver a more spatially and socially just city.” DM