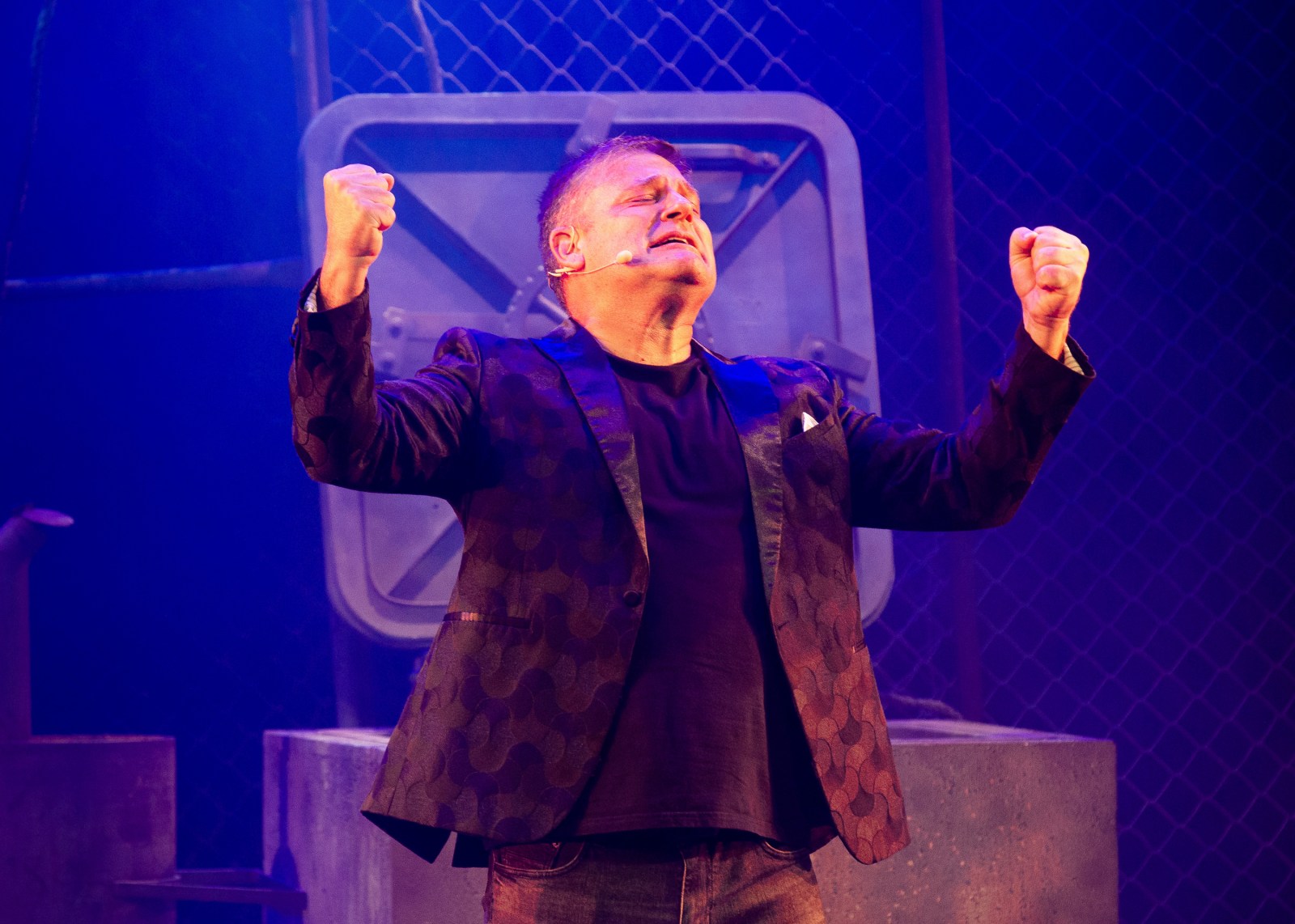 Back on stage at Montecasino in Johannesburg, the comedian is bursting with confidence and exuberance.

Alan Committie is bursting with confidence and exuberance, and as delighted to be back as the audience is to be watching him perform.

In the doomsday period since his last one-man comedy show, the world has given Alan Committie plenty of fresh material. It’s created a pent-up demand for belly laughs and camaraderie, as well as brought back the palpable joy of sitting in an audience and experiencing a live performance once again.

The stage of Apocalaughs Now! is made of grey detritus, the remains of a decaying world; here, abandoned boxes, tyres and wire mesh, there other indistinguishable rubbish. The comedian quips: Mad Max wasn’t a movie, it was a documentary.

The pandemic and multiple lockdowns have given Committie much to talk about and his new show moves between the cigarette and booze bans, to former US president Donald Trump, all the way to South African viral hit-song, Jerusalema. But that’s not all: if he manages to bring laughter into what has been and still is a difficult time – in one instance, Committie gets inspired by the musical group Stomp, which originated in 1991 in Brighton in the UK, the comedian records some beats on the fly, a broom in hand, intertwining physical comedy with verbal gymnastics – he also explores deeper questions, life lessons, and the gratitude at how we made it through.

Apocalaughs Now! is directed by Christopher Weare and it swings along at a merry pace. Committie plays with the audience, throwing jokes, sometimes adding: “Some of the jokes aren’t for you, they’re for me, I have to entertain myself as well.”

For people already acquainted with his shows, there’s some comfort and reassurance in hearing a familiar line, which he slots into every performance. Perhaps it subliminally reminds us that although so much has changed, some things can be recovered. Like the regular slot where he gives us one of his madcap grammatical deconstructions on a flipchart. This time we get Armageddon, which he ingeniously ties back to the various offerings that our political parties threaten to deliver.

The show is audience-interactive, mainly with the first-row seaters – so expect some teasing if that’s where you sit. But even then, Committie has a quick-witted retort that makes the audience part of the joke, not the butt of it; it’s a warm technique that draws the audience closer to him instead of making them nervous about being chosen to participate.

Another of his great skills is weaving earlier threads back into the conversation; it gives the show a flowing continuity while also allowing the audience to laugh again – this time from a different angle – at a joke. DM/ ML