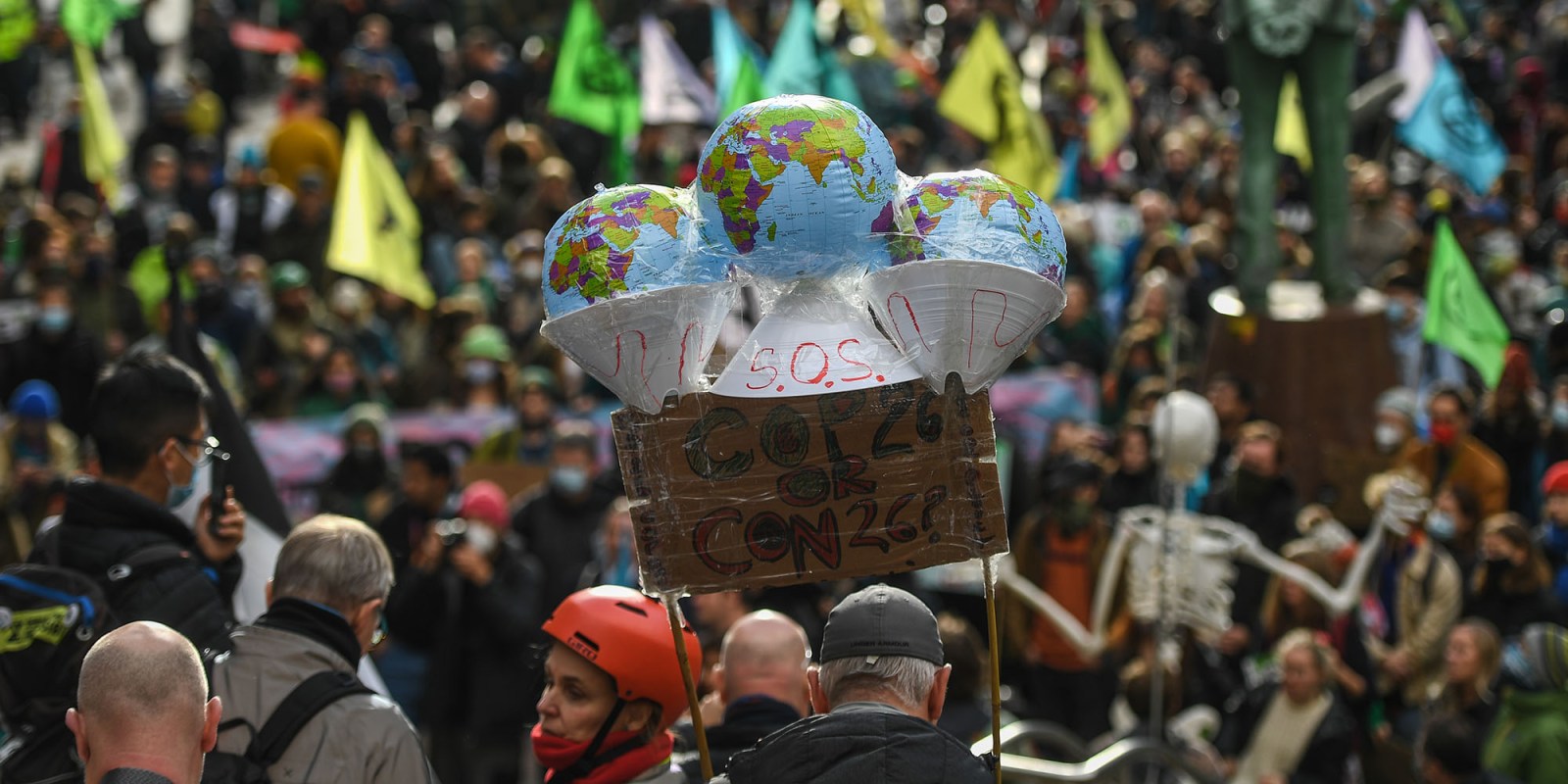 Protesters during an Extinction Rebellion rally on 3 November 2021 in Glasgow, Scotland. While world leaders met to discuss the climate crisis at the COP26 Summit, many climate action groups took to the streets to protest for real progress on action to curb global heating. (Photo: Peter Summers / Getty Images)

Countries in Africa and Small Island Developing States experience extreme weather events disproportionately to other regions. This has led to developing nations putting their heads together to come up with the financing needed to deal with the consequences of climate change.

The world’s most vulnerable regions — Africa and Small Island Developing State (SIDS) — have launched a coalition to attract funding to help half a billion farmers to implement regenerative agricultural practices in the next 10 years.

Africa experiences temperatures that are climbing at twice the global rate, while SIDS are vulnerable to rapidly rising sea levels and increasingly violent hurricanes.

The coalition is a public-private partnership consisting of businesses, investors and cities to address climate vulnerabilities while accelerating decarbonisation rates and building resilience. Key to vulnerable countries and SIDS achieving their climate action agendas are funding and mobilisation.

Central to the agenda at the COP26 conference taking place in Glasgow, Scotland, is securing breakthroughs across regions that will maintain a lower than 1.5°C  global average temperature increase while building resilience for millions of people affected by climate change.

The climate action agenda is being led by two UN climate champions, Nigel Topping and Gonzalo Muñoz, who have managed to increase the number of parties committed to halving their emissions by 2030.

The partnership is a mixture of stakeholders in finance, philanthropy and leaders in their respective fields. The first partnership announced was the Africa Green Finance Coalition (AGFC) which will see 43 nations from across the continent encouraging green investment to help speed up environmental policy changes to attract private and public capital.

The initiative will officially be launched at COP27.

According to Ayaan Zainab Adam, CEO of Africa Capital Partners, the African continent has a $2.3-trillion investment gap in its infrastructure that needs addressing.

“The AGFC should help get much-needed capital flowing to climate-resilient and low-carbon infrastructure in strategic sectors such as energy, transport, logistics, agriculture and sustainable and low-carbon mining and manufacturing. This initiative will helpfully facilitate investment transactions across multiple countries requiring blended finance structures,” said Adam.

In addition to the BoA facility is the Climate Finance Network launching in eight Pacific Islands, namely Fiji, Kiribati, Papua New Guinea, Samoa, the Solomon Islands, Tonga, Tuvalu and Vanuatu. They will be the first to receive climate finance advisers to assist with building financial capacity.

Regen10 is a system accelerator platform seeking to achieve regenerative food systems in the next decade across 50% of world food production. Regen10 will also ensure $60-billion per year to finance the transition to reverse nature loss in accordance with the Paris Agreement.

In order to achieve system change in agriculture, the platform will bring together NGOs, businesses, investors, farmers and policymakers to accelerate development within the sector. The platform will also seek to lessen the impact of food systems on the environment and seek to halt and reverse nature loss, build resilience and enable farmers to earn decent incomes while doing so.

In Malawi, where droughts and pests destroyed crops during the 2020/21 farming season, 65,000 farming households were affected. Farmers who usually harvest 15 50kg bags of maize were only able to harvest one.

Recently, however, the UN World Food Programme gave struggling households a cash payout of $2.4-million through a crop index insurance policy — one of the largest of its kind.

“To keep 1.5°C alive, we must cut global emissions five times faster than we have over the last decade, which requires transformative action that simultaneously builds resilience and puts the most vulnerable communities at the heart of the conversation,” Topping said. DM/OBP