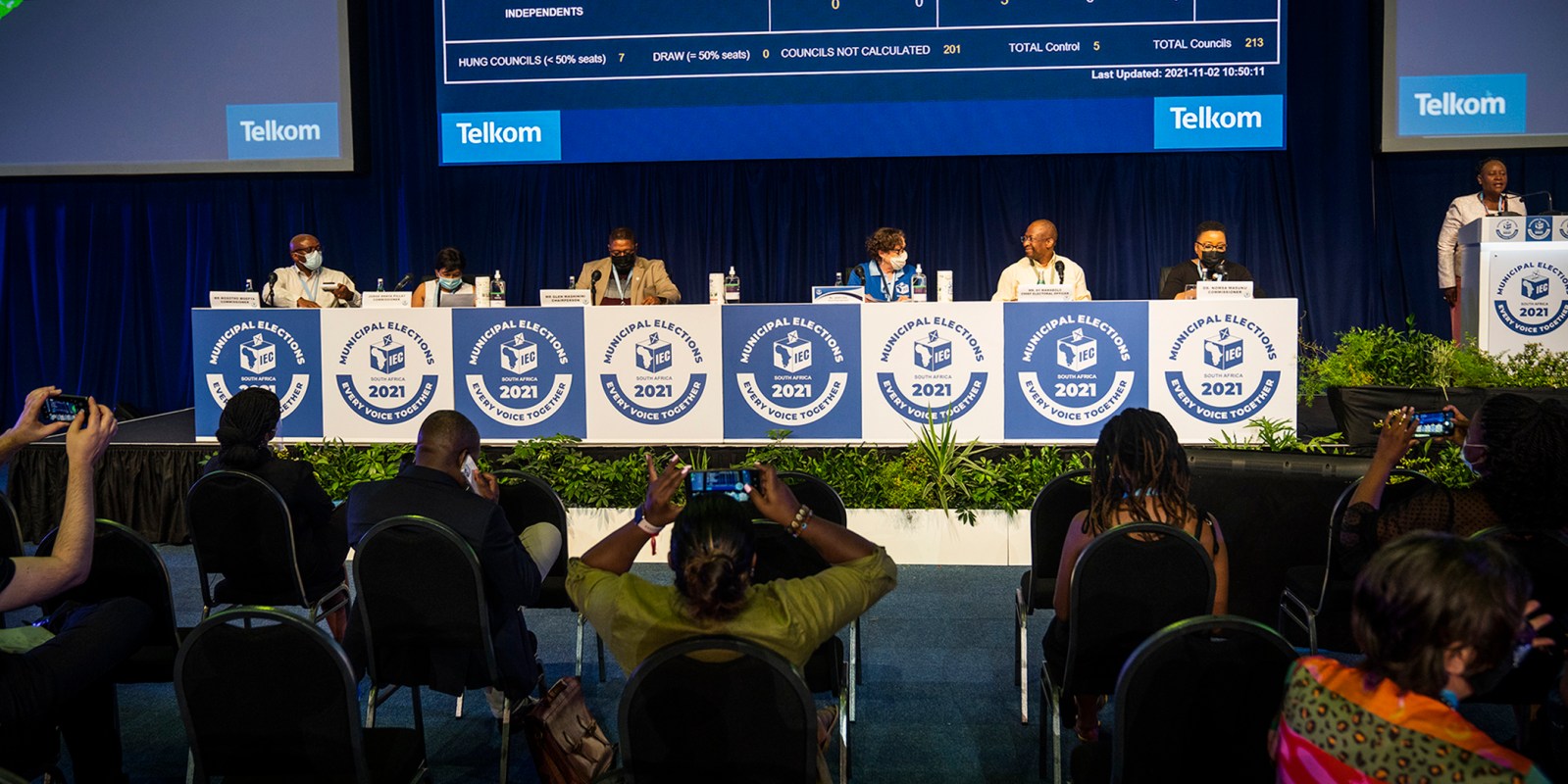 The 10 percentage point drop in voter turnout — 57.94% in the 2016 municipal poll to 47.43% in 2021 — according to the figures late Tuesday morning, signal continued plummeting public trust in public elected institutions and electoral democracy.

The IEC has sidestepped clear comment on the historically low voter turnout until its formal media briefings, perhaps in the hope of a last-second improvement. Then it was more of defensiveness.

“It is important to realise that voter turnout is a multifaceted phenomenon influenced by different factors. Some of the elements that motivate voters to go relate to factors outside of the purview of the Commission such as disruptions to services, levels of trust in political institutions.”

Commissioner Mosotho Moepya at the same media briefing later added the final voter turnout would emerge station by station in a meandering response that effectively said ‘the figures are the figures’ and ‘they are not final until they are’. “Eventually we will aggregate them (ballots) at national level.”

Instead, the IEC tried to turn the tables on the unusually harsh criticism from several politicians and political party leaders this time around. Such “unwarranted attacks” could damage the IEC and its credibility.

And while politicians may well point to snarl-ups with the new voter management devices (VDMs) and presiding officers’ logistical miscalculating how many ballots were needed from the central depot for their respective stations, words have yet to turn into meaningful action.

The IEC has received only three complaints regarding the conduct of the elections. No details were provided.

Regardless of how the voter turnout may be spun — even if maybe a couple of more percentage points are added — voters’ decision to not even bother casting their ballots presents an indictment on politicians, public representatives and how (little) electoral democracy serves them, and their daily lives.

The failings of municipalities, from corruption to lack of services like refuse collection, dignified sanitation or clean water, are there for anyone and everyone to see. Year after year, the Auditors-General of South African in their annual reports have highlighted misspending, maladministration and how wrongdoing fail to attract consequences because of lack of administrative and political integrity and leadership.

If anything, this 2021 local government election has shown the continued slide of trust in public institutions. It should not be a surprise — various polls like Afrobarometer and Ispos have tracked over time the declining public trust in institutions from Parliament, government, the police to councils, which at 24% in one poll stand around the same level as opposition parties.

Some of the politicians on the floor of the IEC Results Operations Centre (ROC) expressed concern. But then it was usually qualified also by saying “It’s still early” — with a firm eye on the leader board that hangs over the centre.

The ANC has control of eight councils, according to the IEC but it was the DA leader John Steenhuisen who made the announcement that Kouga in the Eastern Cape has stayed blue.

By lunchtime, the ANC had secured 440 seats across South Africa, with the DA second at 170 seats. Then a large gap before the EFF showed 13 seats on the tally board so far, followed by the Freedom Front Plus at 10 and IFP at seven.

The numbers will change as the votes are counted, reconciled, sent through to the national ROC for independent audit verification and all that.

The usually well-oiled IEC elections machinery is somewhat creaky. The watch is on if any matter is significant enough to impact the vote.

But the voter turnout remains a damming indicator of public trust in politicians and their parties and the games for political control.

In Cape Town, some of the wards in ANC strongholds like in 2016, again recorded low turnout. That has boosted the DA’s changes to potentially surge beyond the mid-50 percentages. But overall, turnout stood at 46.44% on the IEC’s results pages late on Tuesday morning.

Turnout in Johannesburg was a crippling 38.76%, but this number may yet increase as the township voting stations — that often come out late to vote — are reconciled and tallied.

Ethekwini, the ANC’s largest region in South Africa, recorded a turnout of 50.98% on Tuesday morning, which bears watching. The North West, politically fraught and faction riven, showed the lowest turnout at 43.17% late on Tuesday.

The numbers may shift a little yet, but the 2021 local government elections are on route to recording a historic low in voter participation in electoral democracy.

The message to politicians and elected public office bearers like councillors is clear — voters may be poor but they’re not stupid, and it’s not good enough to turn up with a fancy election campaign show once in five years. DM