Why the global methane pledge is a big deal for the cli... 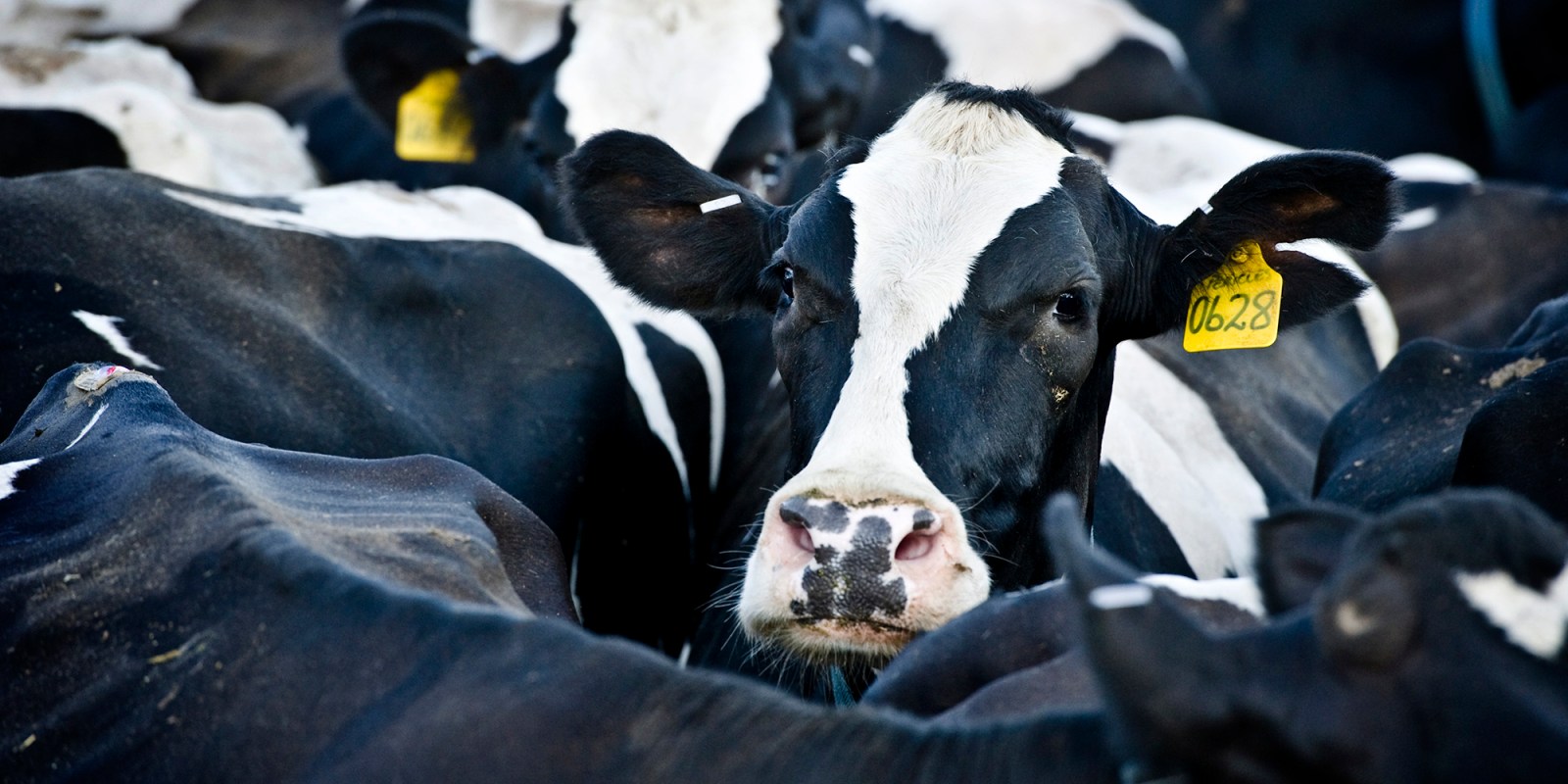 As leaders at the United Nations climate summit in Glasgow, Scotland, thrash out how to rein in catastrophic levels of global warming, one of the most important deals is taking place on the sidelines.

The Global Methane Pledge — a collective commitment to cut emissions of the potent greenhouse gas 30% by 2030 -– is signed by more than 80 countries so far, representing more than two-thirds of the global economy. It’s perhaps the biggest single thing governments can do to keep alive the goal of limiting global warming to 1.5 degrees Celsius above pre-industrial levels. 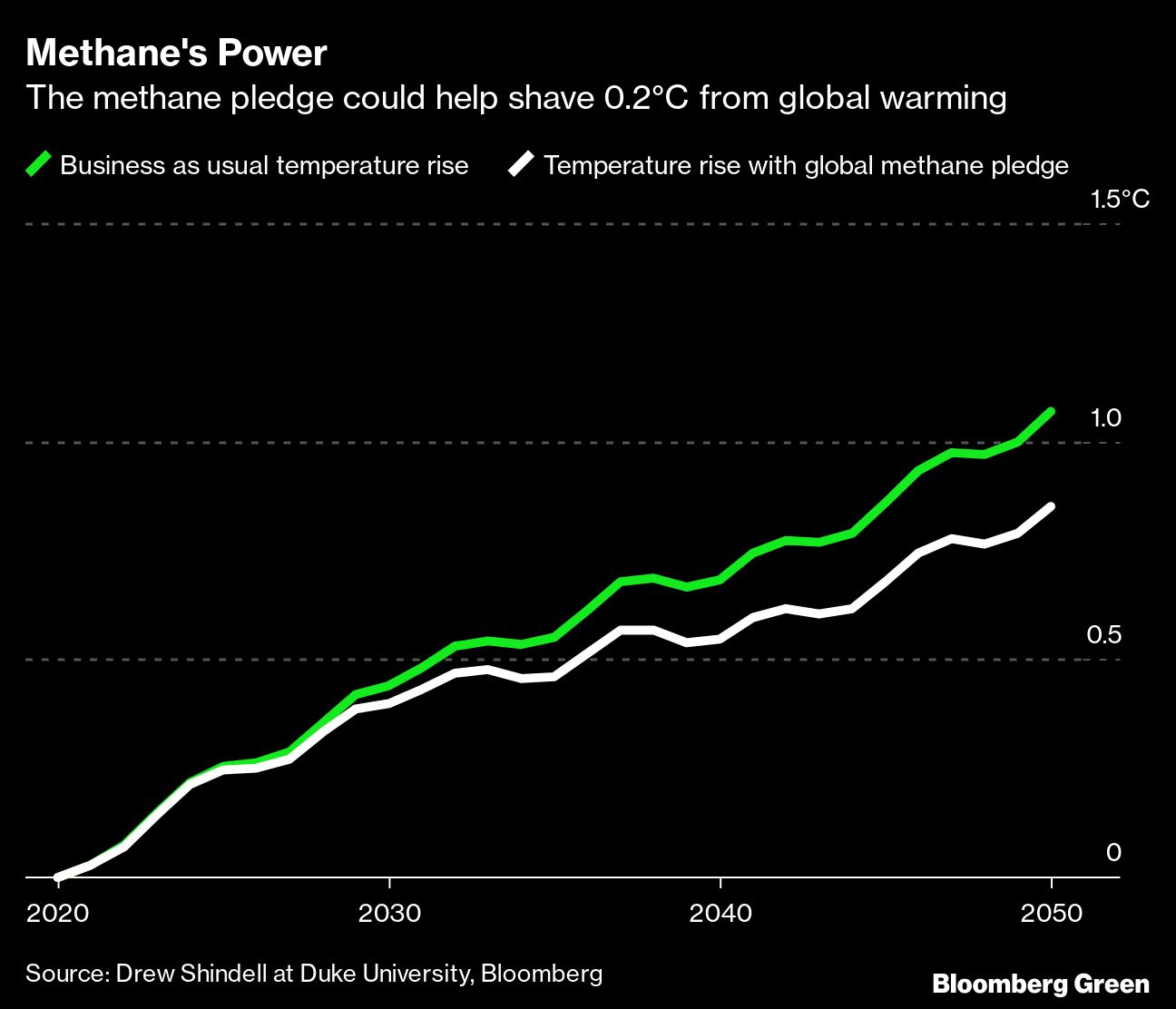 Methane traps more than 80 times the heat that the same amount of carbon dioxide does in its first two decades in the atmosphere. But it degrades rapidly, meaning that action taken now can have an almost-immediate cooling effect on the Earth’s temperature.

The pledge, put forward by the U.S. and the European Union, targets a 30% reduction relative to 2020 levels. U.S. President Joe Biden is expected to mention the pledge Monday when he speaks before other heads of state at the COP26 summit. Fulfilling that goal could shave 0.2°C off global warming by mid-century. That may sound small, but it could make a huge difference in the severity and frequency of extreme weather events. 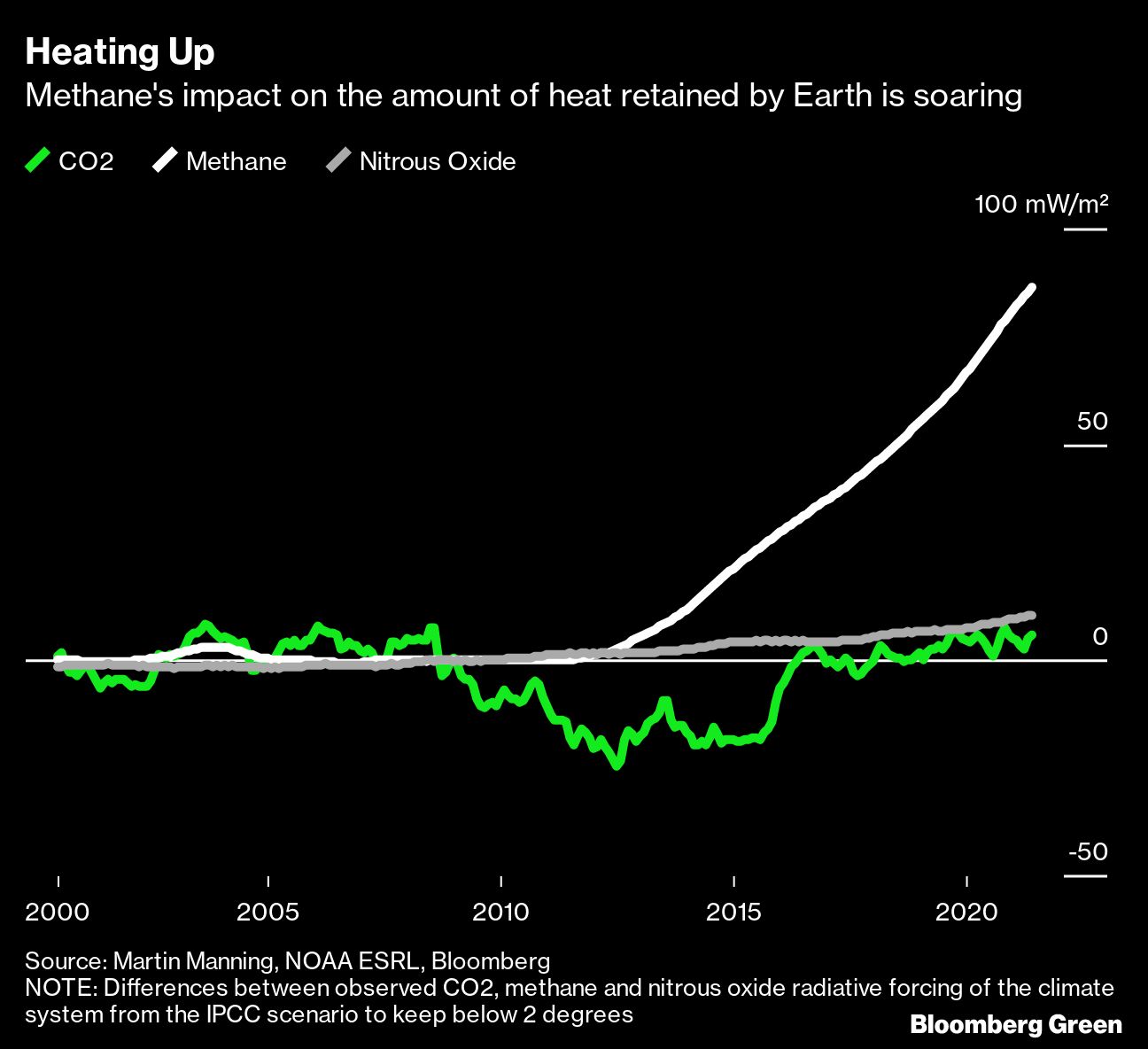 Methane, according to the Intergovernmental Panel on Climate Change, accounts for about a quarter of all the heat trapped in the atmosphere since the pre-industrial era. That makes reducing its emission an essential component of energy sector decarbonization.

Atmospheric levels of methane have risen 150% during the past two centuries. By comparison, global CO2 levels have risen about 50% in the same period. The pace of increase for methane has quickened in the past 50 years, with the oil and gas industry making the biggest contributions.

“Greenhouse gas measurements are like skidding into a car crash: the disaster gets closer and closer but you can’t stop it,” said Euan Nisbet, a professor of earth sciences at the Royal Holloway University in the U.K. “Especially worrying is the extreme growth of methane – the strongest growth in the measurement record.” 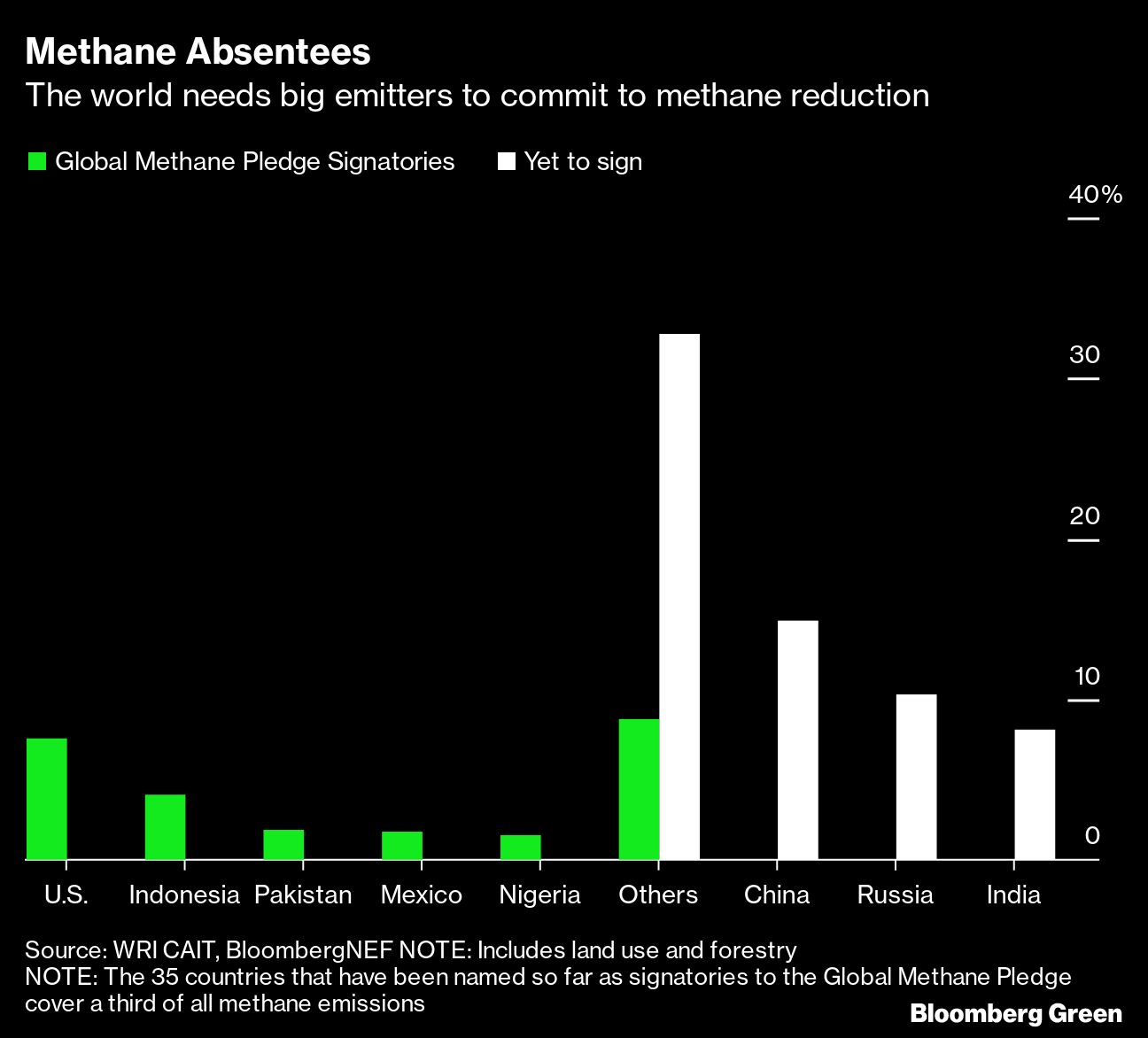 Dozens of key countries and regions signed the pledge, yet many of the top emitters haven’t. The U.S. and the EU represent the two largest consumers of natural gas, so any efforts they make to curb leaks domestically and within their supply chains can have a huge knock-on effect.

The EU is set to propose legislation this year that likely will address methane emissions generated by suppliers. It estimates that only a quarter of those are released within the bloc’s borders. The U.S. is working on regulations that will levy a methane fee on oil and gas producers of as much as $1,500 per ton.

But holdouts include China, Russia and India, which combined generate about a third of methane emissions. Russia has shown some interest in a global effort to address the methane issue, according to the U.S., and it emphasized that the new Nord Stream 2 gas pipeline to Germany will be one of the cleanest ever. 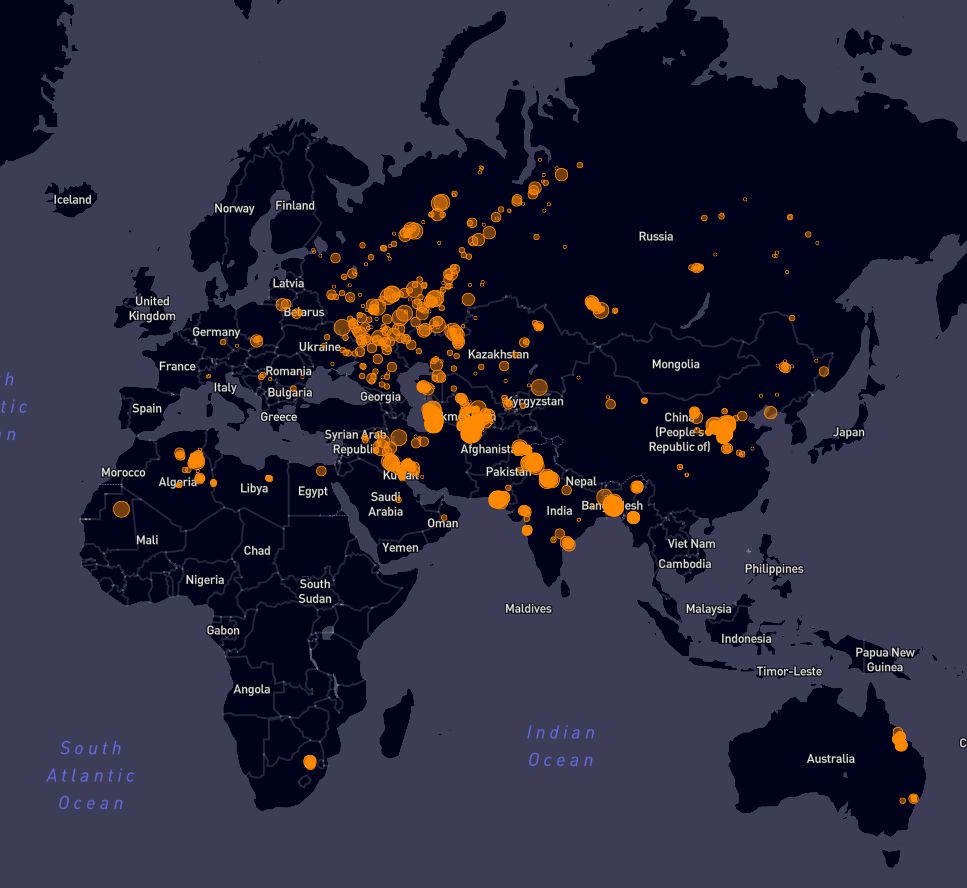 Committing to a noble goal is one thing, but sticking to it is another, especially when methane is notoriously difficult to detect and measure. In recent years, satellite imagery has become a key pillar in detecting large-scale expulsions from pipes, landfills and storage stations. Super-emitting events were identified in Russia, Iran, Turkmenistan and Australia — countries that haven’t signed the pledge.

Still, those mega-releases only account for about 10% to 15% of the methane pollution from the fossil-fuel industry, according to geoanalytics firm Kayrros SAS. Satellites are less adept at capturing smaller leaks due to the higher resolutions required, and it’s harder for them to detect emissions on windy days. There also are significant gaps in the data for equatorial regions, where cloud cover is higher. In Russia, there are voids during the winter, when days are shorter, and close to the North Pole, where light reflection from snow can obscure the imagery, BloombergNEF said.

That should change by 2030. A new class of satellites is planned for launch to expand coverage and improve precision in measuring emissions.

Methane also can be spotted at ground level by an industry-standard infrared camera. It’s found continuous leaks from facilities across the continent, such as in Romania and the U.K., but cannot reliably calculate the amount expelled into the skies. 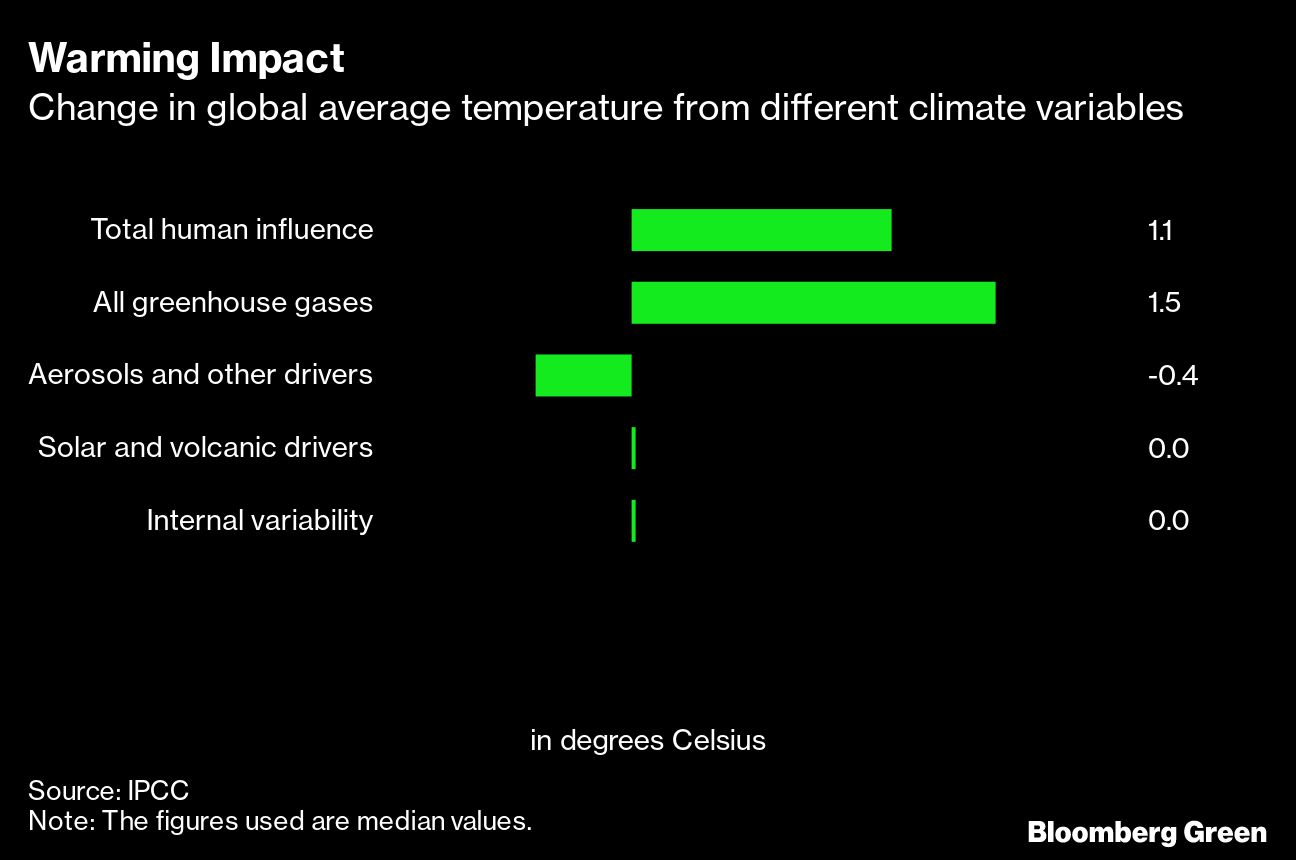 Methane is one of the easiest and cheapest climate problems to solve since fixing leaks doesn’t require huge advances in technology. It’s also a gas that can be captured or stored underground — and sold as the primary component of natural gas, which has soared in price in recent months.

One key finding of the IPCC’s landmark report in August was that humans already have pumped enough greenhouse gases into the air to warm the planet by about 1.5° C, even though the observed warming is about 1.1° C. That’s because fine-particulate pollution released by the burning of fossil fuels is actually having a cooling effect. Thus, phasing out the use of coal, oil and gas could have a short-term warming effect — something that cutting methane can mitigate if reductions are made simultaneously.

Unlike COP21 in Paris in 2015, world leaders aren’t meeting at COP26 in Glasgow to sign a major accord. Instead, they’re trying to ensure that the agreement signed in Paris is put into practice, setting the world on course to limit global warming ideally below 1.5° C. That’s why the headline-grabbing outcomes from Glasgow likely will be unflashy compacts such as the Global Methane Pledge. DM/OBP

By John Ainger and Akshat Rathi for Bloomberg