COP26 summit opens: Focus on how to hit 1.5°C target — and billions in funding 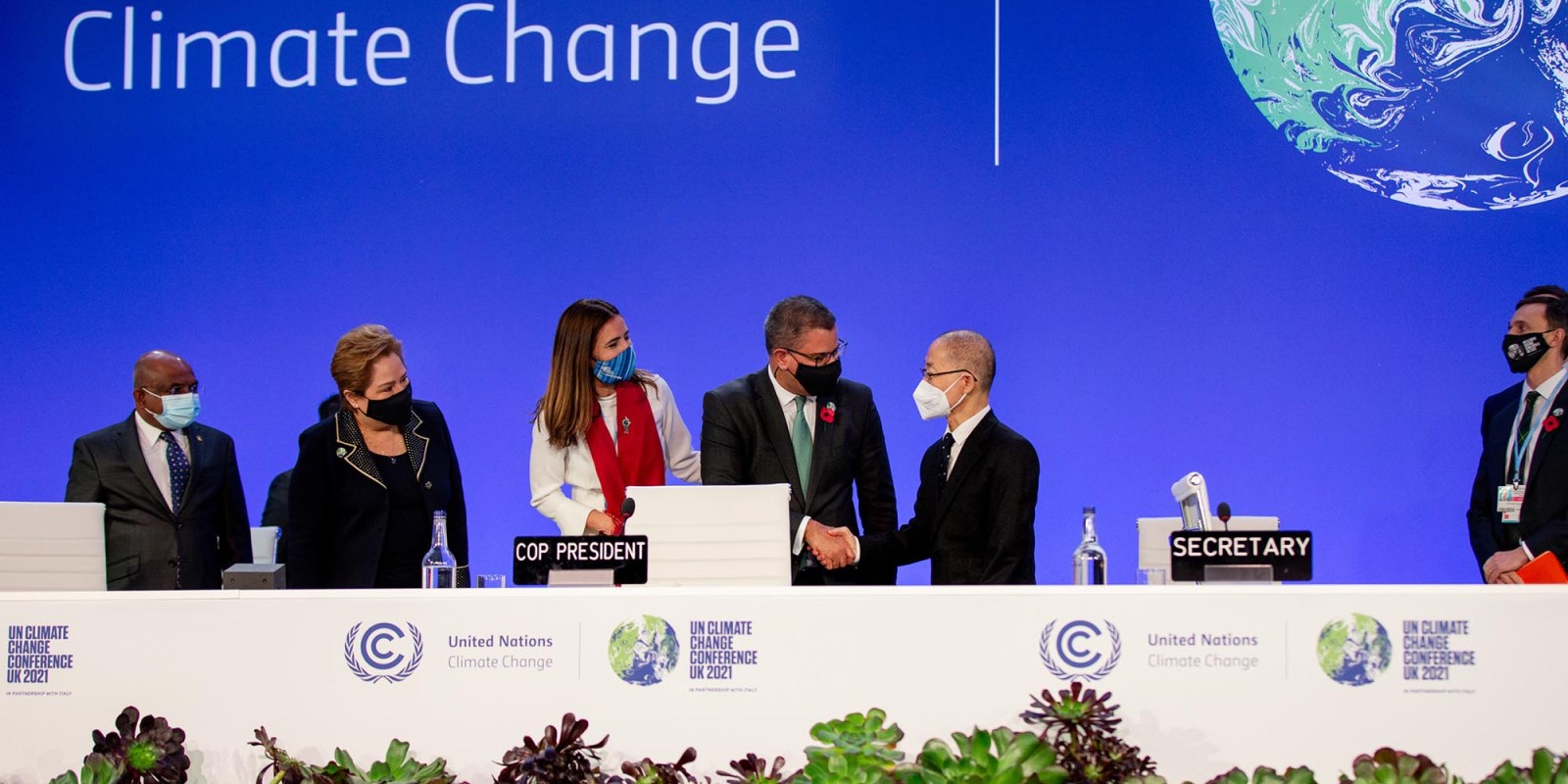 World leaders gathered in Glasgow, Scotland, to discuss how best to meet the promises made in Paris, 2015, at COP21. Led by COP26 President Alok Sharma, the negotiations will centre on how to avoid a global temperature increase of more than 1.5°C.

The outline is clear and so is the mandate to keep within the 1.5°C target. The mission now is to deliver, and that is exactly what the UN climate change negotiations COP26 will seek to achieve in the talks, which officially began on Sunday.

COP26, hosted in Glasgow, Scotland, and led by the UK’s Alok Sharma, seeks to achieve net-zero carbon dioxide emissions by 2050, adapt to protect communities and natural habitats, mobilise finance and make a united effort to finalise the Paris rulebook, while accelerating climate action.

The climate negotiations took off as the World Meteorological Organisation (WMO) said in a report released on Sunday that extreme weather events were the new norm — the past seven years were the warmest on record, with sea-level rise at an all-time high and oceans warming, with continued acidification.

A few months ago the Intergovernmental Panel on Climate Change (IPCC) released a similar report, called a “code for humanity”.

“[The IPCC report] made it clear that the lights were flashing red on the climate dashboard… it makes clear that human activity is unequivocally the cause of global warming, and we know that the window to keep 1.5 degrees is closing,” said Sharma in his opening speech.

Neither President Cyril Ramaphosa nor Department of Forestry, Fisheries and the Environment (DFFE) Minister Barbara Creecy was at the opening. Creecy is expected at the end of the week, before the “high-level segment” which is the last week of the negotiations, department spokesperson Peter Mbelengwa told Daily Maverick. The rest of South Africa’s delegation is at the meetings.

In an effort to maintain warming below 1.5°C and to set out its ambitions ahead of COP26, South Africa updated its Nationally Determined Contributions (NDCs), reducing its carbon emission targets to align with the goals of the Paris Agreement. The country’s revised emission targets range between 350 to 420 metric tonnes of carbon dioxide equivalent (Mt CO2-eq), and it brought forward its net-zero goals from 2050 to 2030.

While the country’s ambitious targets set it ahead of the curve, South Africa still lags in transitioning from coal to cleaner renewable energy. The country has touted non-renewable resources such as gas and nuclear as a solution to its energy needs, which are about 80% reliant on coal.

Happy Khambule, a senior political adviser for Greenpeace Africa, said that while South Africa had a COP26 position that well represented the concerns of the African continent, it lacked a specific focus on South Africa’s needs, such as the funding of the just transition.

“We do need to have a more straightforward as well as pragmatic approach to the just transition. It is, in the current negotiations, relegated to a political level and not necessary in the negotiations themselves,” Khambule told Daily Maverick.

On Friday, Ursula von der Leyen, president of the European Union (EU), said in a statement the EU would launch a Just Transition Partnership with South Africa at COP26. The partnership is in unison with the US, UK, Germany, EU and France. The announcement comes more than a month after several countries’ climate envoys visited South Africa to discuss a R76-billion funding plan for a just transition.

“The idea is that the countries support South Africa to phase out coal faster, and to go earlier and faster into developing renewables. We are still working on that, but I am confident that we are going to launch this new proposal and then this partnership could become a template on how to support just transitions around the globe,” Von der Leyen said.

Albi Modise, chief director of communications at the DFFE, told Daily Maverick that the EU had not briefed South Africa on the just transition partnership in relation to financial and other support. The country’s transition is expected to cost about $10-billion.

“In other communication, we have stated that as a country we look forward to developed countries fulfilling their obligations to supporting developing countries in achieving their mitigation and adaptation initiatives,” Modise said.

Developed nations meeting their climate finance pledges is among South Africa’s top priorities for COP26. The country also hopes to use the negotiations to meet its adaptation and mitigation targets, which need climate financing to be achieved.

Sonia Phalatse, a feminist economist and researcher at the Institute for Economic Justice, told Daily Maverick it was notable that South Africa would be calling for more climate financing from developed nations. Creecy previously said $750-billion for developing nations would suffice as a foundation for climate financing.

“While getting as much finance (particularly from developed, high-polluting countries), it is equally important that this does not saddle developed nations with more debt through high-interest loans. SA should push for greater grant finance,” Phalatse said.

Developed nations have failed to meet their climate financing commitments — achieving about $80-billion of their target of $100-billion per year until 2020.

Sharma said in his first COP26 press briefing that COP26 would look at mobilising the private sector to meet the developed nations’ funding gap, which is said to require trillions of dollars.

The G20 summit that concluded in Rome on Sunday ahead of COP26 saw the world’s leading economies gather on global issues and make pledges, but no ambitious commitments on climate.

A recent report by the United Nations Environment Programme showed that countries’ combined NDC efforts were leading the planet towards a 2.7°C global average temperature increase. The report made it clear that countries needed to meet their NDCs to stave away the increase, which comes with devastating consequences.

The evidence is overwhelming and growing, as is the anxiety of many developed nations on how to handle growing climate concerns. The negotiations are dubbed the most ambitious yet and the expectation is that funding announcements are what will make it so ambitious. For South Africa, this is a high priority for the country to meet its COP26 goals and achieve its NDCs. DM/OBP

COP26 summit opens: Focus on how to hit 1.5°C target — and billions in funding