Bold, unified continental climate action at COP26 and beyond the only choice for Africa’s future survival 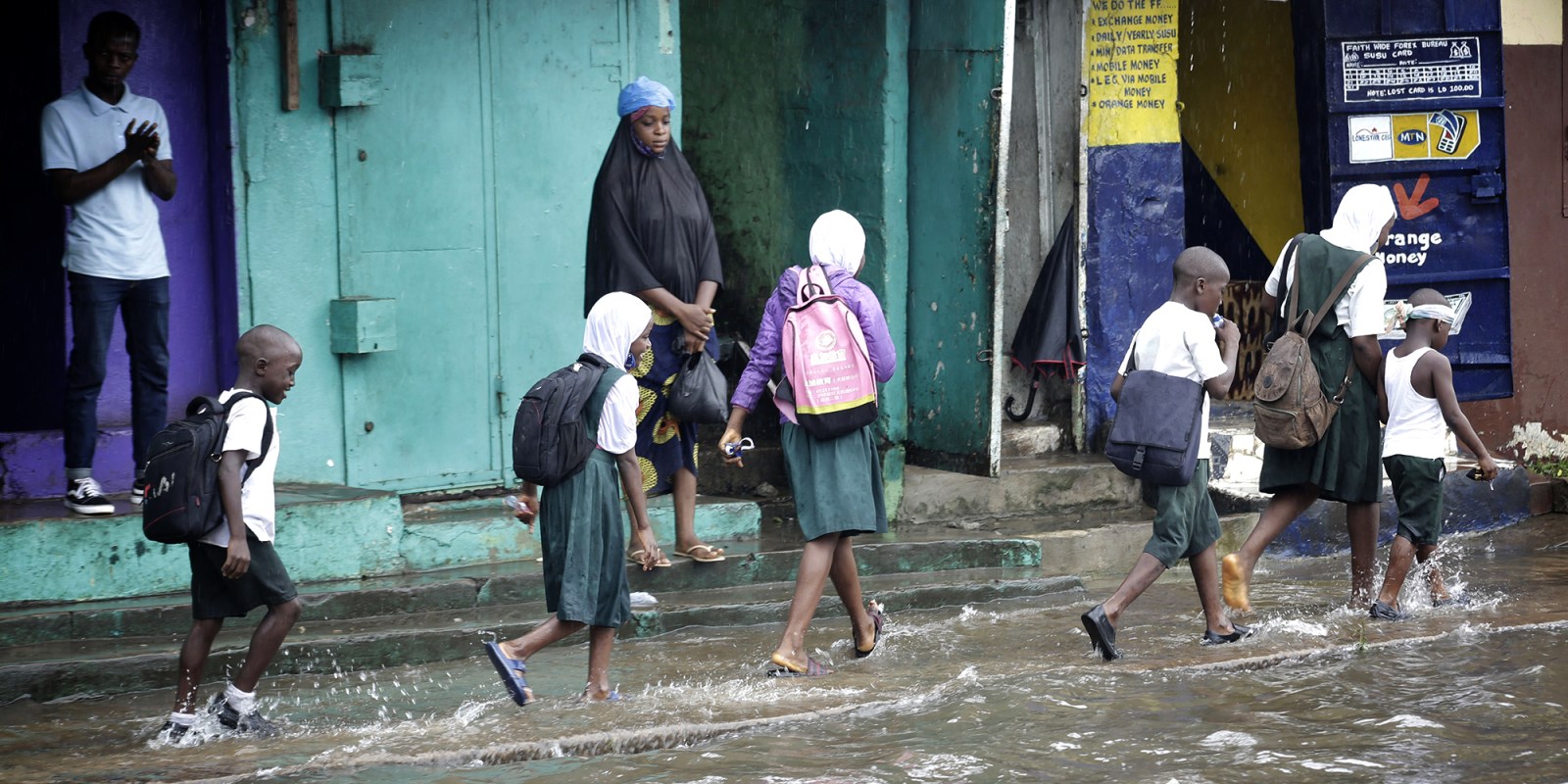 There are one billion children today living at extremely high risk from climate change and other environmental threats. The lion’s share of this one billion is in Africa and other low-income parts of the world. Growing up and living in a healthy environment is not a favour that our children are asking for — it is their right.

For the second time in 12 months, environment ministers attending the African Ministerial Conference on Environment (Amcen) pledged to accelerate green growth. It is an ambitious pledge for economies that have been battered by Covid-19, which has paralysed global supply-chains, reversed GDP growth rates in Africa and thrown back development efforts.

Nevertheless, green growth is within reach, and, importantly, it is already being pursued. Transformative solar and wind farms can be seen in Morocco. In Rwanda, the Africa Centre of Excellence for Sustainable Cooling and Cold Chain is increasing famers’ revenues and fostering low-carbon development. Ethiopia is planting 20 billion trees and it is sending out one billion seeds to its neighbours.

Regionally, the Economic Community of 15 West African States (Ecowas) has adopted cleaner fuels standards and is already implementing regulations for importing used vehicles. Both measures will help lower greenhouse gas emissions and clear up air, with a direct impact on people’s health — air pollution was responsible for 1.1 million deaths across Africa in 2019.

Continentally, the Africa Green Stimulus Programme is being pursued. It prioritises smart investments in infrastructure, technology and nature-based solutions. It combines domestic financing with regulatory standards, as well as market-based instruments, including green bonds and SDG bonds.

Despite all these efforts, the harsh impacts of climate change will continue to be felt everywhere, especially in Africa. They will persist, even if global emissions drop. African countries should not be expected to rapidly mitigate emissions and adapt to the climate crisis all on their own. Advanced economies must use COP26 in Glasgow next month to finally catch up and mobilise the $100-billion they have pledged, on an annual basis, to address pressing mitigation and adaptation needs of low-income countries.

That needs to be the minimum. $6.9-trillion is needed per year until 2050 for infrastructure investment that meets development goals and is aligned with a low-carbon, climate-resilient future.

While pressure is high on countries to deliver on their Paris commitments, in parallel, we must enable them to do so. Some are still advancing coal, oil and gas exploration and mining. That’s no longer because fossil fuels are cheap. In coal-dependent South Africa, for example, an accelerated transition to renewable energy may save the country R100-billion ($6.6-billion).

The transition is where many countries (including high-income ones) struggle, mostly — 52 out of 54 African countries have ratified the Paris Agreement, but up to 70% of African governments lack an implementation investment plan. Supporting the transition from one economy to another is where global cooperation is most needed. Encouraging infrastructure investments to enable broad and clean access to the grid is where the international community can and must help.

Africans across the continent also remain exposed to the worst effects of climate change. The UN Environment Programme (Unep) and others can help with solutions. One such alternative is to foster South-South collaboration to better adapt to climate-related challenges, from food security and water management to clean energy and pollution. Another example is the Great Green Wall project, which involves indigenous and local knowledge, regional cooperation and global financing to stop desertification from Senegal to Djibouti. The UN Decade on Ecosystem Restoration will offer many more opportunities to protect and rebuild some of the continent’s vital natural equilibrium.

Future generations need to grow up in a world that is safe and — at the very least — no worse off than the one we found. Yet there are one billion children today who are living at extremely high risk from climate change and other environmental threats.

The lion’s share of this one billion is in Africa and other low-income parts of the world. From birth, they experience heatwaves, flooding, cyclones, lead and air pollution, vector-borne diseases, unsafe food and water. The next generation cannot be expected to excel in education, business and nation-building in a toxic world. Growing up and living in a healthy environment is not a favour that our children are asking for — it is their right, now officially recognised by the UN Human Rights Council.

Vaccine allocation and distribution in low-income countries continues to move at an unbearably slow pace, but we will eventually overcome the pandemic. However, if we don’t do so in a way that addresses the triple planetary crisis of climate change, biodiversity loss and pollution, we can wave goodbye to long-term economic growth, sustainable development, and the chance of leaving our children the world they deserve.

With COP26 almost upon us, African countries have an opportunity to lead by example and make ambitious pledges that would make a global impasse less likely. Unep and the entire international community system have a critical role: to provide policy, facilitate knowledge sharing and promote dialogue, inspire innovation, and mobilise the private sector to make the green investments that align with Africa’s own green ambitions.

At the next Amcen, we hope to see leaders being able to translate plans and pledges to real action, leaping over fossil fuels and firmly on the path to a more sustainable future. Bold climate action is the only viable economic and strategic choice left. OBP/DM

Bold, unified continental climate action at COP26 and beyond the only choice for Africa’s future survival