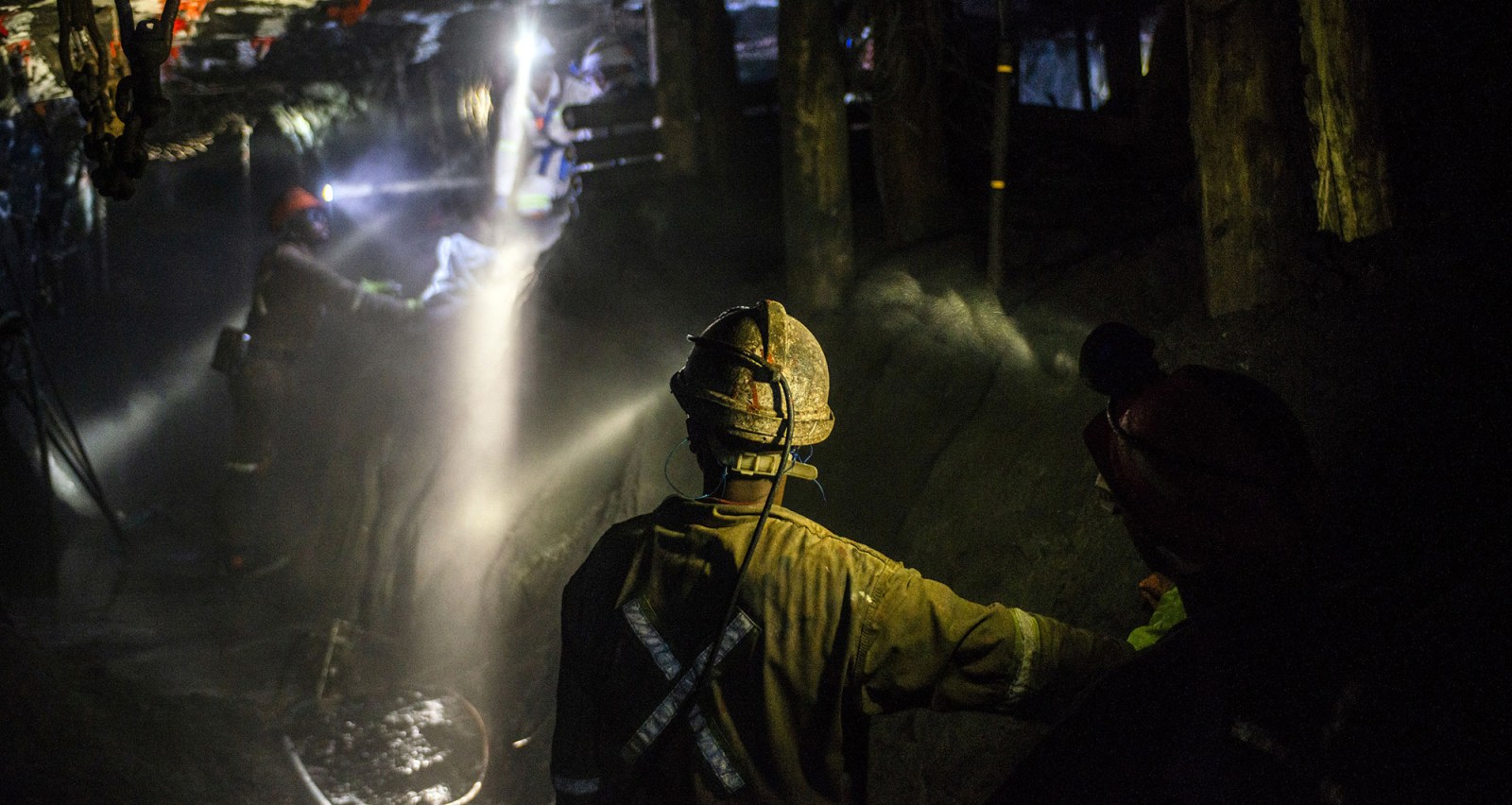 The extension of the Sibanye gold mining unit conciliation process is positive as the unions — the NUM, Amcu, Solidarity and Uasa — seek a mandate from their members. (Photo: Waldo Swiegers / Bloomberg via Getty Images)

Sibanye-Stillwater has upped its wage offer to four unions in its gold mining unit, but not by a lot, according to a document seen by Business Maverick. The unions are seeking a mandate from their members with the conciliation process extended to 10 November under the Commission for Conciliation, Mediation and Arbitration, which is promising. But their members may not go for it.

The latest three-year wage offer from Sibanye will see a monthly pay rise in the first year of R480 a month for the lowest-paid worker categories, rising to R570 in year two and R600 in year three. The previous offer was for R400, R520 and R570. That probably works out to close to 5%, which is the current inflation rate, and the offer is not much higher than the previous one.

Artisans and more skilled workers have been offered increases of 4.1% in the first year, followed by 4.7% per annum over the next two years — in short, below the current inflation rate. The previous offer was a 3.4% hike followed by 4.3% per annum in years two and three.

The previous union demands included wage hikes of R1,500 a month for the lowest categories of workers. But they have signalled that their members would be likely to accept the R1,000 a month increase that was agreed by Harmony Gold.

The extension of the conciliation process is positive as the unions — the National Union of Mineworkers (NUM), the Association of Mineworkers and Construction Union (Amcu), Solidarity and Uasa — seek a mandate from their members. That means everyone is still talking. One of the unions involved described the document seen by Business Maverick as a “draft wage agreement”.

That hardly means it is set in stone. The unions’ rank and file may hold out for more.

“Our members are not going to go for anything less than what Harmony agreed to,” said a source at one of the unions involved. That indicates what unions are aiming for, but it is a bargaining process.

Harmony Gold recently sealed a historic wage deal with five unions that would see the lowest-paid workers — or category 4 to 8 employees — get an additional R1,000 a month for three years, an average increase of 8.4%. Miners, artisans and officials got 6% raises for each year.

But Sibanye has maintained that at its labour-intensive, deep-level operations, big hikes would threaten the sustainability of the mines. Its platinum group metals (PGM) division has almost become a licence to print money, but the company does not cross-subsidise its operations. Each must stand or fall on its own.

From labour’s point of view, Sibanye is a multinational company that grew out of the gold sector and the sweat of its members in the gold shafts — now it’s payback time.

The fundamentals for the gold price at the moment, it must be said, are not bad, though it has been failing to break above $1,800 an ounce. Still, by historic standards, its price remains elevated and mounting inflation concerns globally and general economic uncertainty could help prop its price up.

One of the fascinating things about the Harmony agreement and the Sibanye talks is that the unions have been united, notably NUM and Amcu. To describe NUM and Amcu as rivals is almost an understatement. Since the explosive rise of Amcu on the platinum belt a decade ago, the two unions have been mortal enemies, and it will be interesting to see how they treat this latest offer.

If Sibanye clinches a wage agreement without a strike, it will be good for all of the parties. Three years ago, Amcu members at Sibanye’s gold division went on a violent five-month strike that ended with its members signing the same deal that other unions had inked.

This helps to explain why the unions have stood more united this time around — so far at least. DM/BM