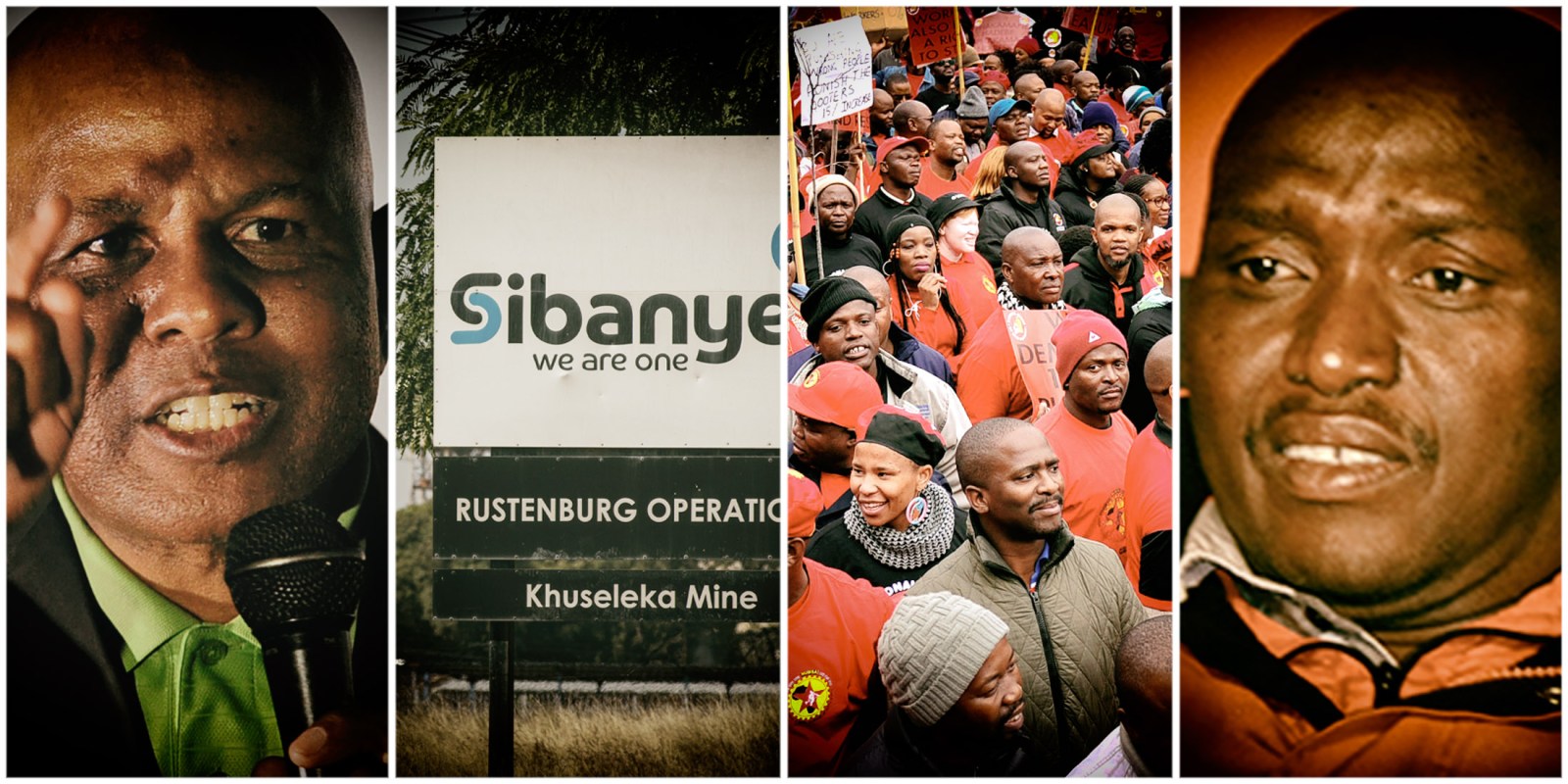 Unions, including previously bitter rivals the National Union of Mineworkers (NUM) and the Association of Mineworkers and Construction Union (Amcu), have again united in wage talks. After reaching a historic wage agreement with Harmony Gold, labour is presenting a united front in far rockier talks with Sibanye-Stillwater’s gold division. The implications are far-reaching.

A press release was issued on Friday that would have been unthinkable not so long ago. It seemed routine enough, with labour expressing displeasure with the latest wage offers in the gold sector from diversified mining group Sibanye. A dispute has been declared by labour, which is the first legal step in the process that could lead to workers downing their tools.

But what was striking was the unions involved.

The upper left-hand side of the release featured the logo of the NUM union, which depicts a black miner with a raised fist alongside an image of mine headgear. On the far right was Amcu’s green logo, featuring a pick and shovel. In between were the emblems of the Uasa and Solidarity unions.

But it was NUM and Amcu acting in concert and issuing a statement together that was really jarring. Few labour rivalries have been as fierce and violent as the one that has raged for the past decade between NUM and Amcu.

Since Amcu dislodged NUM as the dominant union in the platinum sector in 2012, scores of workers belonging to both unions have been killed. Labour and social unrest rippling from this conflict has probably cost the industry tens of billions of rands over the years, and has been among the many deterrents to investment in the sector. It has also accelerated the drive to mechanisation. The consequences of this rivalry have been far-reaching, to say the least.

So for NUM and Amcu to bury the hatchet in this way — instead of in each other’s skulls — suggests a potentially seismic shift on the labour front which first emerged last month in Harmony Gold’s historic wage settlement with five unions, including NUM and Amcu

There are probably a number of factors driving this confluence of events, which we have noted before at Business Maverick.

These include record unemployment, a situation that typically undermines the bargaining power of labour. The creeping forces of mechanisation and automation have also drilled holes in the foundation of unions, while the corporate embrace of ESGs — environmental, social and governance issues — has helped to address many of labour’s traditional concerns. To top it all, the recent surge in poverty and joblessness has left many miners with more dependants, a state of affairs that probably blunts the appetite for going on an unpaid strike.

So this is a fascinating new chapter in South African labour history. Unions often talk about the need for the working class to “unite” in the face of capital. That now seems to be occurring, with the stark divisions of the recent past closing.

Among other things, the political consequences of NUM and Amcu’s newfound partnership could prove interesting. Amcu’s leader, the charismatic Joseph Mathunjwa, founded his union as a breakaway from NUM after a falling-out with the then trade unionist Gwede Mantashe.

Amcu has always maintained that it is “apolitical”, but a deep anti-ANC streak has clearly been part of its DNA. This correspondent covered more than one Amcu rally in which slogans disparaging Mantashe and the ANC were frequently chanted. One did not attend such events in an ANC or NUM shirt, let’s put it that way. Amcu’s natural political ally always seemed to be the EFF, a party which in its infancy seized upon the Marikana Massacre to gain political traction.

Meanwhile, NUM, long a key ANC ally, seems to be more focused these days on rank-and-file union issues and less driven by politics. Its earthy general secretary, William Mabapa, with his no-nonsense manner, speaks the language of workers and seems to display little interest in non-union affairs.

Of course, a good capitalist can also unite the working class, and that seems to be the case with Sibanye. NUM and Amcu have both regarded Sibanye and its deal-making CEO Neal Froneman with undisguised hostility. In their view, the company has pursued an aggressive strategy of diversification and acquisitions against the backdrop of mass lay-offs that have impoverished workers while enriching executives. This may not be completely fair — Sibanye would say it has been creating jobs and value for all of its stakeholders while also taking tough decisions regarding loss-making shafts — but perceptions are perceptions.

For the record, Sibanye — which is also a major platinum group metals (PGM) producer and now investor in the battery metals space — is in wage talks with employees in its gold division. The unions say the company’s latest offer is for a monthly pay rise in the first year of R400 per month for the lowest-paid worker categories, rising to R520 in year two and R540 in year three. Artisans and more skilled workers have been offered increases of 3.4% in the first year, followed by 4.3% per annum over the next two years.

The unions are demanding R1,500 a month more for the lower-paid categories for the next three years.

“Sibanye recently acquired assets around the world, such as the lithium mine in the USA as a result of the profits they made from the gold mines,” the statement said, while also noting the huge profits the company has been posting, largely as a result of its PGM unit.

Sibanye, for its part, says the gold division is not generating sufficient capital to meet the unions’ wage demands.

“The demands tabled by the unions are not affordable because they will impact on the sustainability of our gold operations. We are negotiating wages at the gold division, we don’t cross-subsidise from other operations.

“We need to reach an agreement that is affordable and fair to employees but takes the sustainability of the operations into consideration and doesn’t negatively affect our other stakeholders,” Sibanye spokesman James Wellsted told Business Maverick.

The stage is set for an interesting showdown. Labour has never presented such a united front to Sibanye before. Let’s see who blinks first. DM/BM