Coming soon: A harrowing war drama through the eyes of a UN translator 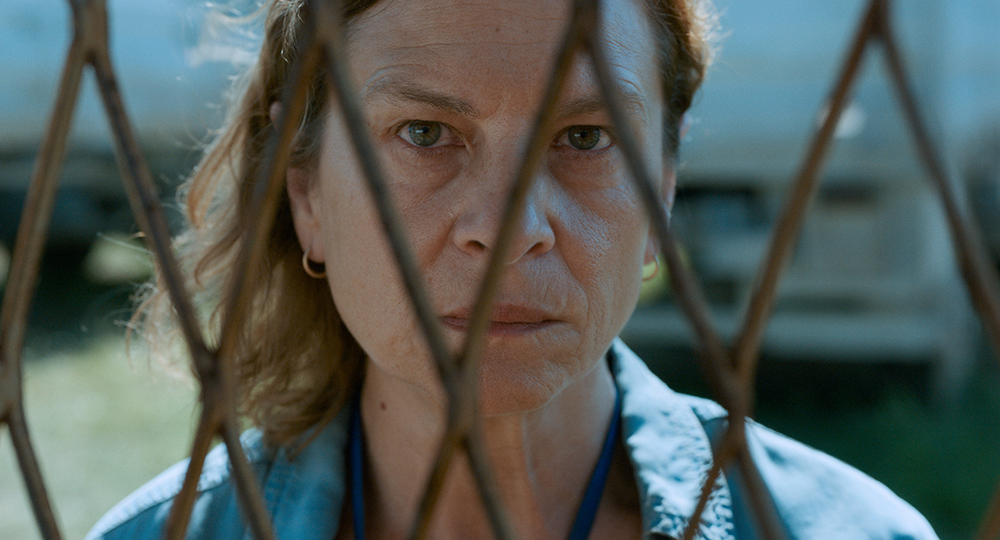 ‘Quo Vadis, Aida?’ is an Oscar-nominated, hard-hitting character study set during the 1995 conflict between Bosnia and Serbia.

The European Film Festival 2021 will be taking place virtually from 14 – 24 October. It will feature 18 selected European films which will all be available free of charge for the duration of the festival. Bookings opened on 7 October.

One of the films to look out for in the festival is Quo Vadis, Aida?, a special co-production war drama directed by Jasmila Žbanić which was nominated for Best International Feature Film in the most recent Academy Awards.

It’s set in a Bosnian town called Srebrenica in early July, 1995, when Serbia and Bosnia were at war. The Serbian forces have taken the town and United Nation peacemakers have been deployed to attempt to diffuse the conflict without bloodshed.

The film begins with instantaneous tension – strained faces puff hastily on cigarettes and glance at one another in a dimly lit room. A colonel is negotiating with a Bosnian official representing Srebrenica about the town’s evacuation. The UN peacekeepers have issued an ultimatum to the Serbs, requested military aircraft to enforce it, and demanded the people of Srebrenica leave the town, but the Bosnians are anxious that the ultimatum is an empty threat and their safety is not ensured.

There are a lot of nuanced moving parts playing into the negotiations, which have life-or-death consequences. Guiding the process is Aida, a fierce, alert school teacher with a furrowed brow, acting as a translator for the UN. The only woman in the room, she holds her own in a distinctly male space, an essential communication link on whose shoulders rests the lives of her people.

The opening moments of Quo Vadis, Aida? contextualise the tensions of the events that transpired, and the focus of the film itself, in an impressively short period of time. Aida’s translation succinctly explains the political situation as it happened, including the Bosnians’ fear and the UN’s dispassionate abrogation of responsibility – “I am just the piano player”, says the colonel.

The back and forth also immediately creates emotional investment in the outcome of the conflict, and empathy for the difficulties of Aida’s role as mediator. Played with expressive prowess by Jasna Đuričić, we see most of the film through her eyes.

The amount of responsibility on her shoulders is almost cruel. She’s needed in several places at once (hence the name Quo Vadis, Aida? – “Where are you going, Aida?”) and forced to make tough calls about what to prioritise. When Srebrenica evacuates to the UN base, almost all the residents (thousands of people) are prevented from entering due to UN protocols, and as a person on the inside she faces the ethical dilemma of choosing between giving her family preferential treatment or not.

Conflicts of interest are a key element of Aida’s story. With the burden of knowledge of the state of the cascading disaster she has to decide whether to accurately translate for the UN soldiers when their information and orders are inaccurate or potentially dangerous for the civilians.

The UN peacekeepers who initially seem to be in control quickly become subservient as the limitations of their resources catch up with them. There is a void in the UN chain of command that leaves them inflexible, slow to react, and prone to make bad decisions. We often hear the frazzled colonel on the phone shouting things like, “You are telling me the entire UN chain of command is vacationing? Then what should I do then?!”

Deals are struck, but not followed. Ultimatums are defied without consequence. War is full of plans and protocols that inevitably break down, and the UN’s apathetic responses are every bit as tragic as the violence itself. Even when the Serbian army starts carting civilians away and systematically killing men, the UN soldiers stick to their orders and refuse to interfere. See no evil, hear no evil, speak no evil.

More than 8,000 Muslim Bosnian men and boys were murdered during the Srebrenica Massacre – when the Serbian soldiers start separating civilian  men and women, and loading them onto buses, we as viewers understand the ominous significance of it.

The horror of the massacre is not shied away from, but it’s not the focus of the film. The soul of the film, and what makes it so absorbing, is the network of individual stories that unfold, and the pressures that affect them. Žbanić does not feed into the shock factor of the enormity of loss of life. We are not forced to confront piled bodies or wide-camera shots of devastation. The implication of the carnage is enough.

Instead, we witness how events affected people on a personal level. The set feels small and confusing. We are as stranded in the chaos as the characters are, and all that matters is staying safe in the present moment. This stops us from feeling overwhelmed and dissociating from the conflict, and maybe counter-intuitively, it helps us understand the pain more deeply, because we see it on a relatable scale.

Aida is forced to witness the violent subjugation of her people with premeditated survivor’s guilt. The stress of her scramble to protect her family builds steadily in her body language capturing career-defining, brutally recognisable anguish, anger and determination.

When it’s all over, there is an aching silence and we have an appreciation for why the healing process is so incremental and painstaking. The film is dedicated to the women of Srebrenica still suffering through that process; their husbands, sons, and brothers having been taken.

Over and above memorialising those who suffered and were killed in the 1995 massacre, the film is relevant to events unfolding in the present, and still to come. Watching Quo Vadis, Aida? adjusts the way that we think about foreign policy and the limitations of humanitarian structures globally. DM/ ML