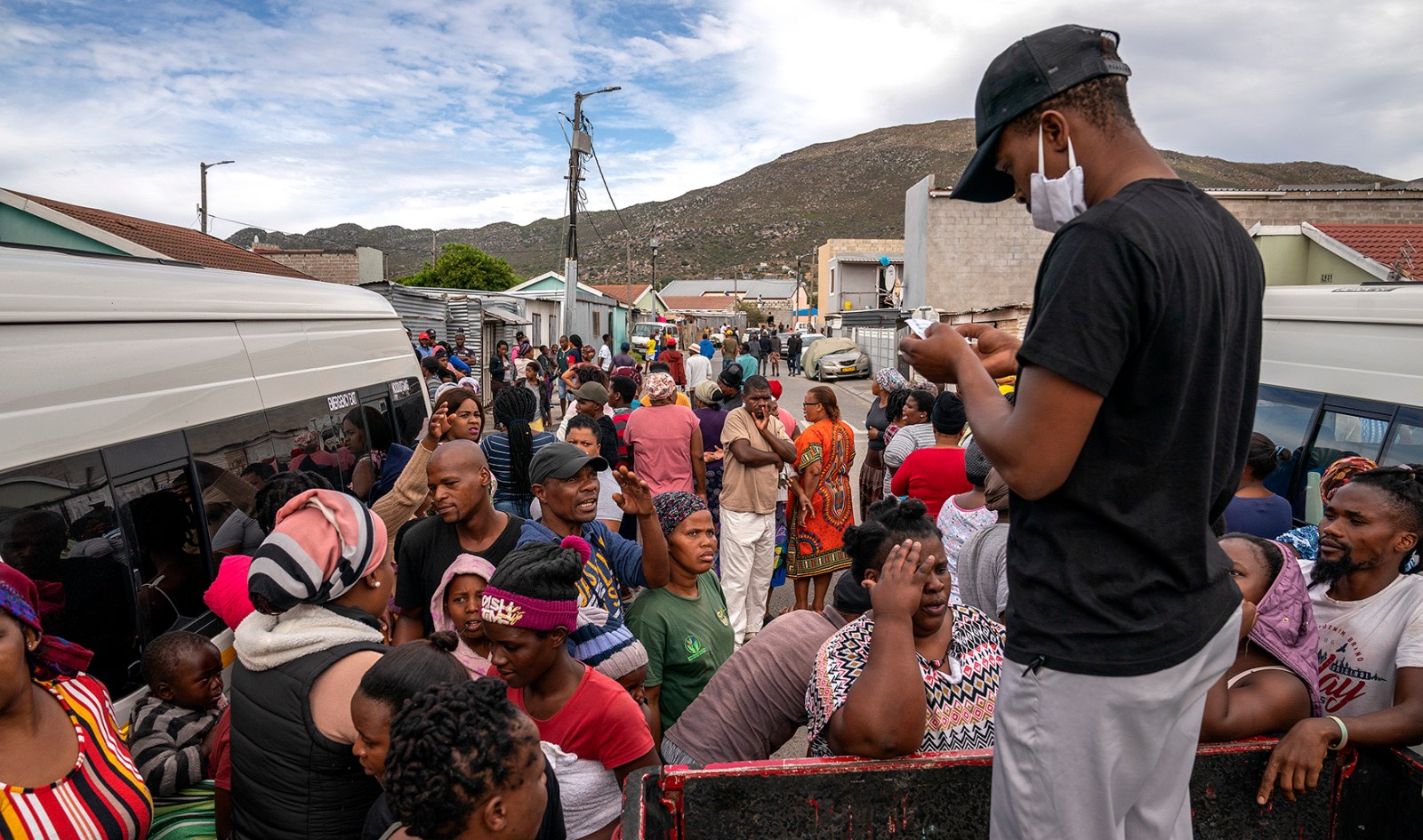 What role human rights should play in economic policy, particularly in challenging economic times? What should guide the weighing of the costs and benefits of different spending priorities?

The role that human rights should play in South Africa’s economic policy has been the subject of intense controversy and debate over the past year. This, after the finance ministry announced spending cuts in its Medium-Term Budget Policy Statement while the COVID-19 pandemic was ravaging lives and livelihoods.

The statement sets out government’s policy framework for the upcoming budget and its macro-economic plans and goals for the next three years.

The plan is to slash government expenditure over three financial years, from 2021, by R300 billion (about US$21 billion). This will severely affect budgets for education, healthcare, land reform and other social services.

The government said the cuts were needed to prevent a “debt spiral” – borrowing money to meet its commitments. Because South Africa has a sub-investment grade rating, it must pay higher interest on new debt. In addition, GDP had declined by 7% in 2020 due to the impact of COVID-19 on the already struggling economy.

Economists and civil society criticised the plan. They argued that it undermined access to socio-economic rights for many disadvantaged groups. Instead, government should explore other options for mobilising resources.

Socio-economic rights are set out in the bill of rights. They include access to land and housing, healthcare, food and water, social security and education.

This controversy raises the question of what role human rights should play in economic policy, particularly in challenging economic times. What should guide the weighing of the costs and benefits of different spending priorities?

It is becoming increasingly clear that policymakers can no longer ignore the country’s obligations in terms of international, regional and national human rights law.

My new article in the South African Journal on Human Rights explores the relevance of the doctrine of “non-retrogression” to economic policy decisions that imperil socio-economic rights.

Read more:
Why human rights should guide responses to the global pandemic


Global human rights bodies developed the doctrine as a tool to evaluate policies which result in a deterioration in the enjoyment of these rights. The doctrine requires states to justify such policies according to certain criteria.

In my article, I explore the key features of the doctrine of non-retrogression. I look at whether it can be applied to fiscal consolidation and whether it has been applied in any South African court decisions.

The main finding is that the doctrine forms part of the country’s jurisprudence on socio-economic rights. It should thus guide economic policy and budgetary decisions, to ensure they reflect human rights principles and priorities.

That would help government defend its decisions before international human rights bodies or in domestic courts.

In 2018 the United Nations Committee on Economic Social and Culture Rights criticised the economic policy decisions of the South African government. This committee monitors compliance by states with their obligations under the International Covenant on Economic, Social and Cultural Rights. The committee said the country’s “austerity measures” had cut budgets in health, education and other public services. It expressed concern that the cuts would worsen inequalities and reverse gains made.

The UN body cited its non-retrogression doctrine and recommended that both the executive and legislature take human rights into account when deciding the budget.

It refined key elements of this doctrine in response to the austerity measures adopted during the global financial crisis of 2008-2009. Since then, states have had to show that certain criteria have been met.

They must show that:

Courts and the doctrine of non-retrogression

This retrogressive measures doctrine is receiving increased attention in South African courts. For example, the North Gauteng High Court relied on it in its judgment on the suspension of the National School Nutrition Programme during the lockdown last year. The court said the suspension violated children’s right to basic education and basic nutrition. It ordered the government to develop a plan to ensure that every learner received a daily school meal – regardless of whether they were attending school or studying from home.

The doctrine was also cited in another judgment in which the court found that the withdrawal of government subsidies for providers of early childhood education was unconstitutional.


The Constitutional Court has previously ruled that courts must take the availability of resources into account in judging whether government has taken reasonable measures to meet its socio-economic rights duties. It has also said that the government must show that its resource allocation decisions considered human rights.

For example, the court has said that organs of state cannot rely on the excuse that they have failed to plan and budget appropriately for the fulfilment of their constitutional duties.

Courts should ideally not intervene directly in matters of economic policy and spending priorities. It is primarily the responsibility of the executive and legislature to ensure that budgetary decisions take human rights into account. But, when they fail to do so, courts have a constitutional responsibility to protect these constitutional rights.

How should the executive and legislature ensure that human rights are taken into account in economic policy decisions?

One way is to conduct human rights impact assessments before undertaking economic reforms, as recommended by the UN. Another is creating a policy framework for thorough public participation in economic policy and budgetary decisions.

Public participation is vital as it can highlight the impact of policies on vulnerable and disadvantaged groups. It can also suggest ways of avoiding or mitigating such impacts.

The 2019 Open Budget survey ranked South Africa highly in terms of the transparency of its budget process, but lowest in terms of public participation. Civil society organisations have complained that the budgetary process is inaccessible to poor communities. They say it does not provide meaningful opportunities for engagement.

Without resources, human rights are no more than words on paper. South Africa needs a proper policy and legislative framework for ensuring that human rights principles guide economic decision-making, particularly in hard times.