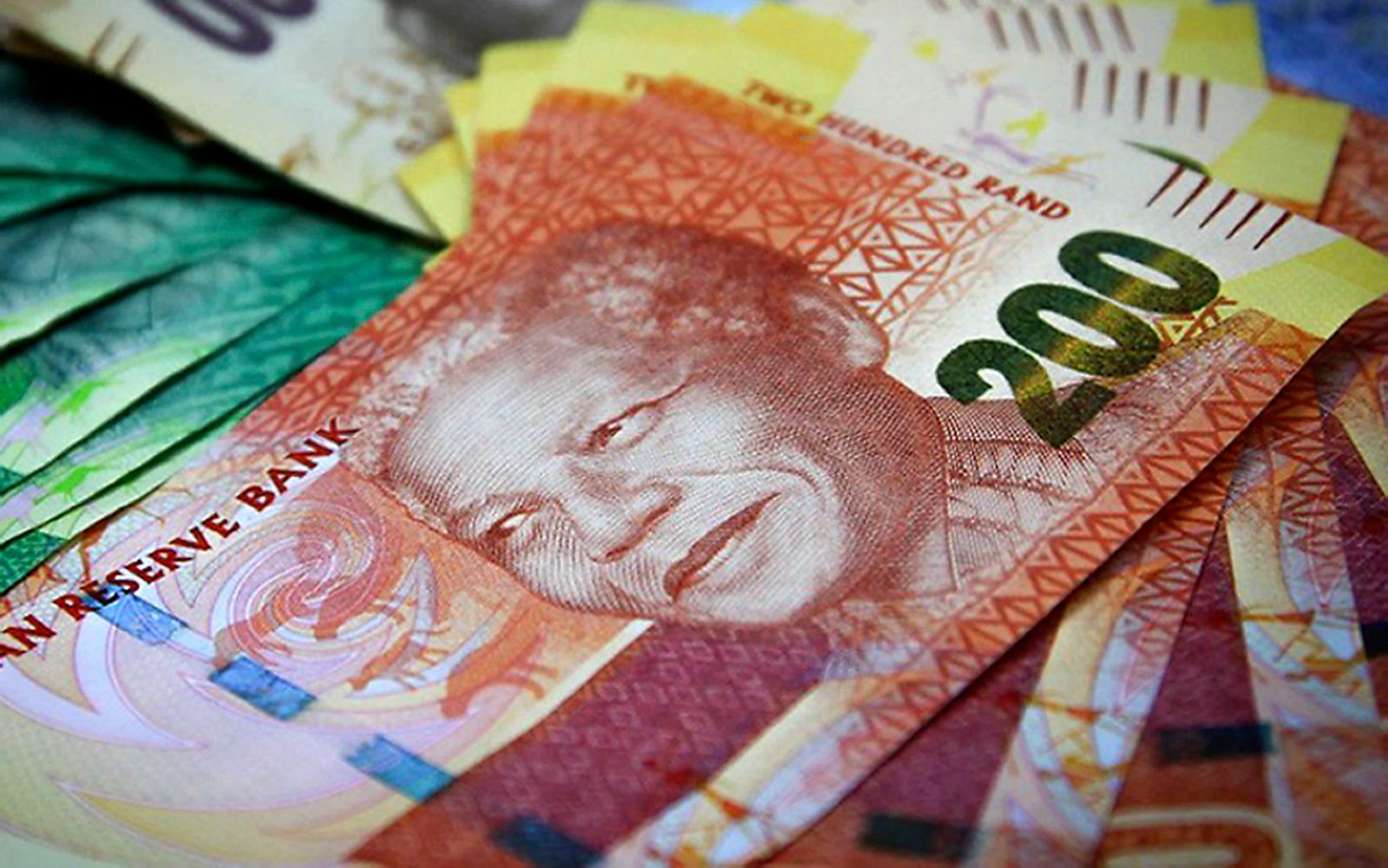 “Nelson Mandela ushered in the space, however limited and imperfect, and we the foot soldiers, failed him. We failed in great part to grasp the nettle. We lacked the courage to change our world irreversibly, and particularly of those in need.” Former Deputy Chief Justice Dikgang Moseneke in his latest book, All Rise, A Judicial Memoir

The President has spoken. In Parliament last week the President unveiled an ambitious economic recovery plan.

In his latest letter he promises a “swift and inclusive” economic stimulus and recognises that:

“Real, decent work is the right of every human being. It is a precondition for economic growth and social stability.

“By giving effect to this fundamental right, the Presidential Employment Stimulus is making a decisive contribution to building a society that works.”

But despite this there remains a fear in civil society that next week’s Medium Term Budget Policy Statement (MTBPS) by Finance Minister Tito Mboweni will further entrench austerity and therefore visit even greater suffering on the poor, as funding for health, basic education and other human rights is cut in the interests of “fiscal consolidation”.

This is because, as pointed out by the Alternative Information and Development Centre (AIDC) in a statement last week:

“The MTBPS is at the heart of the matter. The President himself acknowledges this, where he points out that the MTBPS’ ‘framework will provide a path for fiscal consolidation, debt reduction and re-prioritisation’ foregrounding further cuts.”

Should these fears be realised civil society is now the last line of defence for the poor. Recently, organisations like the Budget Justice Coalition (BJC) have been debating how to challenge the constitutionality of South Africa’s anti-poor economic policy, including by resorting to the courts.

Generally, the advice they have been receiving from legal academics and advocates is pessimistic about the possibility of directly challenging the constitutionality of austerity measures, or the ANC’s fiscal and economic policy choices.

The received wisdom warns about:

–   “Separation of powers” issues and the judiciary not wanting to tread on what is at the outset undoubtedly the terrain of the Executive.

–   The courts not believing that they have the expertise to make far reaching policy choices over complex economic matters.

The received wisdom has a grain of truth.

But it is not the truth.

The Budget is not exempt from the Bill of Rights

Remember, lawyers are inherently conservative. I won’t recall what Lenin or Shakespeare had to say about them! While their cautions are a useful starting point, they cannot be the end of the story: especially when a policy such as the Budget statement has such huge implications for every single human right on which our Constitution is built.

The Bill of Rights is, after all, described as “a cornerstone of democracy in South Africa”. Builders, who are sometimes more prescient than lawyers, know what happens when you remove a cornerstone from a building.

Therefore in advance of Mboweni’s statement, tomorrow the BJC is launching its own “alternative people’s budget”, Imali Yesizwe (register here).

The People’s Budget says it is “based on human rights” so it’s worth briefly describing the eye of the constitutional needle through which the government’s MTBPS must pass if it is to achieve “legal muster” (in the antiquated language of lawyers).

The first thing to say is that the Budget is not exempt from the Bill of Rights which “applies to all law, and binds the legislature, the executive, the judiciary and all organs of state”. The state is under a continual general obligation to advance these rights – and is under an even stricter duty not to allow their deterioration.

This means that practically the MTBPS must:

–   Not cause a regression on progressively realisable socio-economic human rights, such as health or housing; as well as fundamental rights like human dignity.

–   Not cause a regression on immediately realisable rights to basic education, basic health care services and nutrition for children by turning them into  distantly – if ever – realisable rights;

–   And not causally lead to an increase in inequality by unfairly discriminating against people on the listed grounds of “social origin”, race or gender. We know that it is poor people, black people and women who suffer foremost from austerity, and so do the courts.

Instead, the Treasury has a duty to utilise all “available resources” in the country to protect and fulfill rights. It must also ensure that there is meaningful consultation with people its budget will affect, arguably another “cornerstone” of our participatory democracy. In words of Prof Sandra Liebenberg, the University of Stellenbosch Human Rights Chair:

“People should have meaningful opportunities to participate in response and recovery programmes. For example, a broad range of civil society bodies must get a chance to shape the budgetary decisions underlying economic recovery.”

Finally, because South Africa justly chose to ratify all the key United Nations international human rights treaties, the Treasury would have to make sure that the MTBPS is in keeping with how the United Nations human rights bodies are recommending that countries respond to Covid-19. One of the ways is by investing heavily in public service, as recommended in this article by four former UN special rapporteurs on human rights which declares “we are in a state of emergency … probably the first of a series of larger crises facing us” and calls for “a drastic change of model and investment in quality public services”.

The morning after: What is to be done?

Last Friday an editorial in the august Financial Times declared that “the death of austerity should not be mourned”. Reporting on the annual meetings of the IMF and World bank they approvingly quoted the chief economist of the World Bank as saying that “First you worry about fighting the war, then you figure out how to pay for it”.

But it doesn’t seem as if South Africa is listening.

So, I would suggest that, if civil society’s fears materialise and, on 28 October, the government continues down the path of austerity the MTBPS should be scrutinised in terms of a vital part of the Constitution dealing with limitation of rights which requires, among other things, that limitations are “reasonable and justifiable in an open and democratic society” and based on “human dignity, equality and freedom”.

Imagine Minister Mboweni standing before the Constitutional Court and having to persuade the justices that there are not “less restrictive means to achieve the purpose”. In plain English, if there are other ways to raise revenue, reduce debt and protect rights then the Budget would fail the test of legality.

Many believe there are.

For example, before we mention recovering the proceeds of corruption, what about preventing the tens of billions of rand lost by officials at every level of government on fruitless, wasteful and irregular expenditures, the latest example being the R226-million fixing up of MPs houses – (again)?

Human rights-minded activists and economists can show you many more corners where there’s money stashed away. Just ask.

In addition Minister Mboweni, if stripped of his Twitter populism and having to provide real answers, would have to answer the justices’ questions about the process he followed in drafting the MTBPS. Did the Treasury conduct proper human rights impact studies of their measures to establish their (regressive) impact on socio-economic rights listed in the Constitution?

According to Prof Liebenberg, economic policy is still “the least transparent sphere of policy making”. So we would also have to ask if there was sufficient and meaningful public participation in the budget because, as I have said (or rather as the Constitutional Court has said, repeatedly), this is a strong constitutional requirement given its implications for rights.

“Tips for Tito” (or was it Trevor? In the world of Budget cuts all Ts are equal) are not enough.

On the morning after the MTBPS these are questions that should be asked directly of the Treasury, in letters from organisations like SECTION27, as a way of increasing scrutiny and pressure.

But we are not there yet. So, President Ramaphosa, please prove everyone wrong.

Returning to the words of the universally respected constitutionalist Dikgang Moseneke, CR “grasp the nettle” and prove that “change of guard was (in reality no) more than a bogus victory …” DM/MC