Interest rate swap deal of the Gupta kind: It’s a stalemate in Transnet vs Nedbank battle 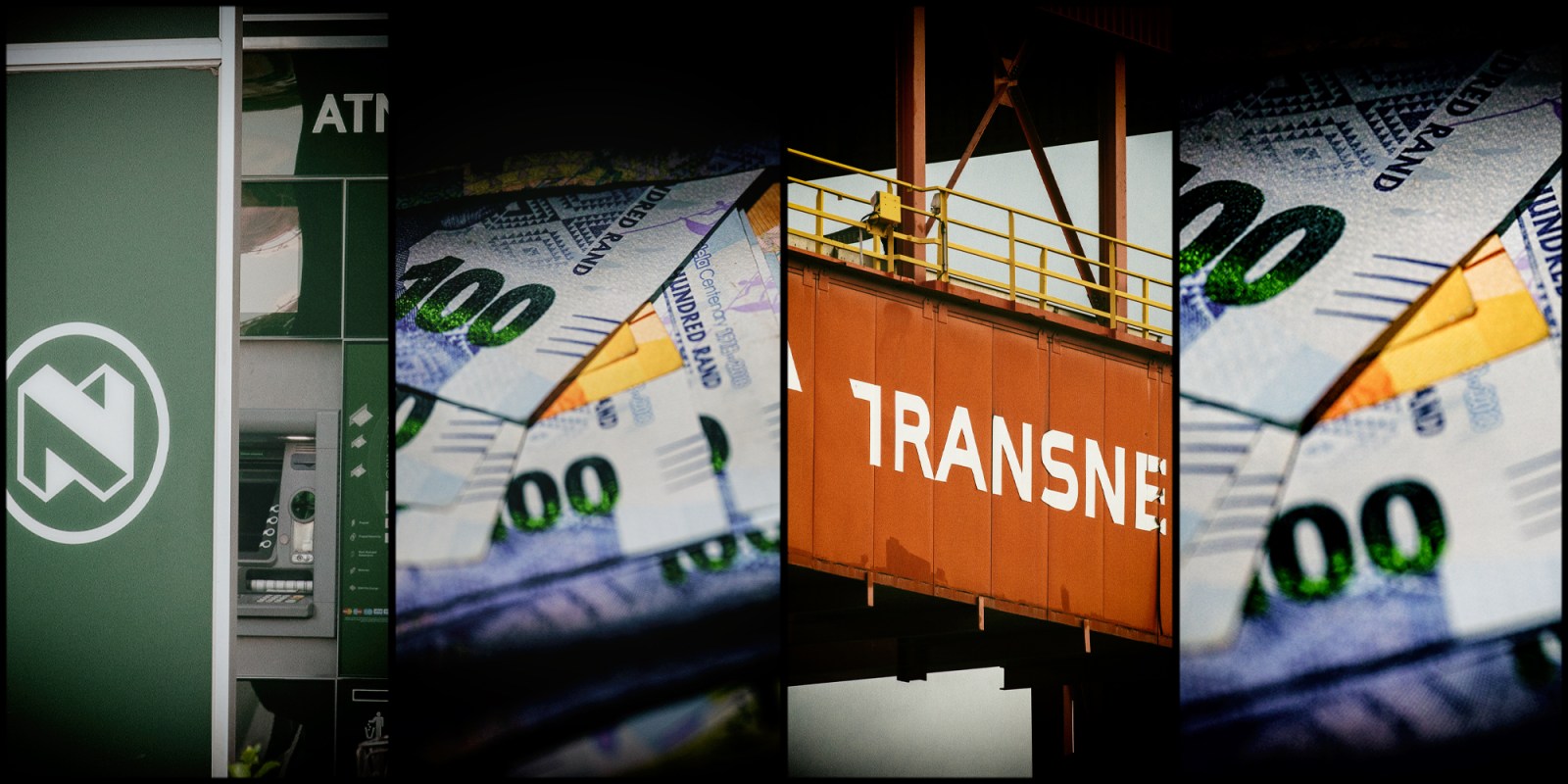 Transnet and Nedbank are headed for mediation as negotiations over a tainted interest rate swap deal hit a deadlock.

Transnet’s battle with Nedbank over a controversial interest rate swap deal is headed for mediation after more than two years of tense legal wrangling.

It’s been suggested that mediation is a sign that Transnet has lost the bid to drive Nedbank into any concession of wrongdoing or convincing the bank to reverse problematic elements of the transaction.

The swap deal – struck with the help of two Gupta-linked companies on the eve of the Nenegate scandal in 2015 – continues to cost the state logistics company between R75-million and R100-million in extra loan costs each month.

Transnet told Daily Maverick that it is awaiting Nedbank’s “agreement to the mediation rules”.  In a written response to questions, the state-owned logistics company said the parties had agreed to this process and that a mediator has been identified.

Nedbank played a key role in the interest rate swap deal involving the state logistics company and one of its pension funds, the Transnet Second Defined Benefit Fund (TSDBF).

The swaps involving Nedbank were executed on part of a R12-billion package of loans taken out to help fund Transnet’s acquisition of 1,064 locomotives, a deal also shrouded in allegations of corruption.

The other portion was done with the TSDBF as counterparty. The fund reached a settlement deal with Regiments for repayment of more than R600-million in August 2019. That settlement put paid to litigation emanating from a previous Regiments mandate to administer the pension fund and a deal that resulted in the controversial interest rate swaps.

But, the swap deal, currently the subject of investigations by the Special Investigating Unit (SIU), the investigating directorate of the National Prosecuting Authority, continues to haunt Nedbank.

The bank told Daily Maverick that discussions with Transnet and the TSDBF had been ongoing for a number of years.

“These discussions have related to ensuring that there is a full and proper understanding of the transactions, in which Nedbank acted as a credit intermediary between Transnet and its pension fund. Nedbank has also assisted and cooperated with applicable authorities and remains in contact with them.”

Nedbank said its engagements with the authorities and Transnet are independent of one another.

“The engagements between Nedbank and Transnet are subject to an agreement to maintain confidentiality and legal privilege, which Nedbank remains committed to. Nedbank’s activities are conducted ethically and transparently for the benefit of our clients and stakeholders. We remain confident that there was nothing unlawful or irregular in Nedbank’s conduct,” it said in a written response to questions.

In its entirety, the swap deal had cost Transnet R1.4-billion in additional loan costs by February 2019, according to testimony by former acting GCEO Mohamed Mohamedy at the State Capture commission. Mohamedy, who was not cross-examined by Nedbank, testified that the full set of swaps were likely to cost Transnet a further R3-billion by the end of the loan term in 2030.

The SIU failed to respond to an inquiry from Daily Maverick, so it is unclear how mediation between the parties will affect its own investigations into the swaps.

The swaps were executed with the help of Regiments Capital and its offshoot Trillian Capital Partners – in simple terms they involved switching Transnet from a fixed interest rate to a floating one for the loans with Nedbank and the TSDBF as counter-parties.

It is understood that one of the major bones of contention between the parties has been Transnet’s insistence that the swaps be reversed so as to curb the escalating additional interest costs.

Confirmation of the mediation process comes on the back of detailed questions by Daily Maverick that included how much the swaps were costing Transnet, what the parastatal has done to try and arrest these costs and whether it has launched legal action against Nedbank.

Lawyers had previously advised Transnet to approach the high court to review and set aside the deal; however, this was not done and it continued negotiations with Nedbank instead.

Transnet is expected to release details of the mediation process in due course. DM