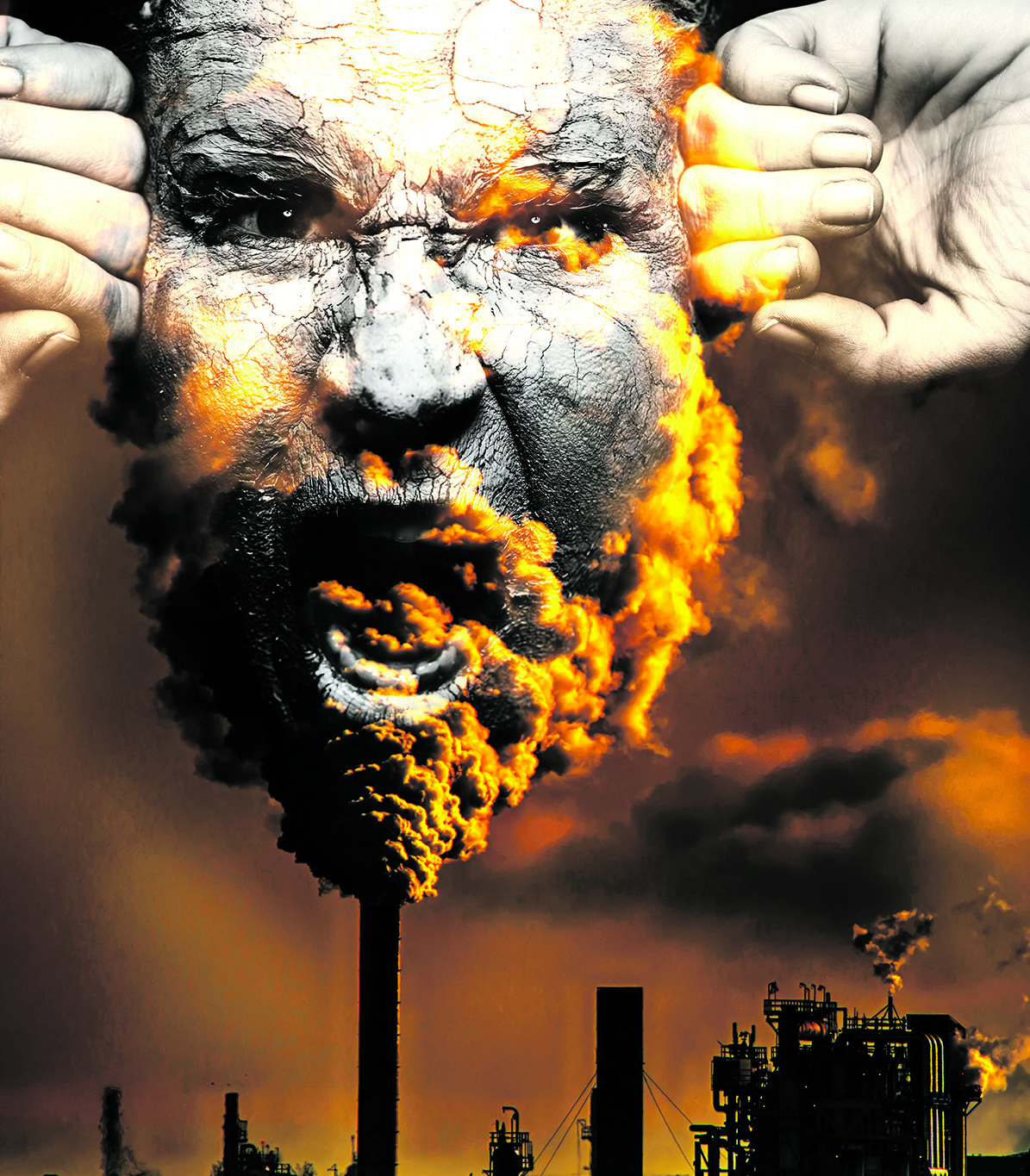 Natural disasters, burning fossil-fuel plants and extreme weather not only affect our planet but are taking a severe toll on our mental health.

Natural disasters, burning fossil fuel plants and extreme weather not only affect our planet but are taking a severe toll on our mental health – something exacerbated by government inaction, a new study has found.

South Africans were not only experiencing the physical effects of the climate crisis through floods and droughts, but their mental health was also at risk, a new study by the Centre for Environmental Rights shows.

Dealing with the effects of extreme climate events on mental health was equally as important as addressing the immediate natural disaster event, the centre said in a report, The Psychological and Mental Health Consequences of Climate Change in South Africa.

The study, conducted by clinical psychologist Dr Garret Barnwell, also showed that living close to fossil-fuel plants posed just as significant a threat as a weather disaster to the mental health of those in the affected area.

Barnwell said young people, women, children and those living in and around towns that produced coal energy were most vulnerable to climate change affecting their mental health, with a delayed government response exacerbating this vulnerability.

The effects were already being felt, the report indicated, adding that it could worsen in the near future.

Barnwell told DM168 that it was important that the threats posed by climate change to mental health should be acknowledged and prevented as much as possible.

“It is not a question anymore whether there are psychological impacts or not, but how severe these psychological threats will become,” Barnwell said. “Climate change increases the risk of depressive experiences, sadness, anger, helplessness, hopelessness, diminished interest and pleasure from life, disturbed sleep, fatigue or loss of energy and feelings of worthlessness, recurring thoughts of death and can [lead to] suicide attempts.”

Barnwell’s research showed that individuals may also be affected by increased anxiety, panic attacks, constant worry that is difficult to control, restlessness, difficulty concentrating and fatigue that can overwhelm a person’s ability to cope.

As climate change events occurred, victims often experienced feelings that made it difficult to cope, but they often lacked the terminology to describe those emotions.

Eco-anxiety, a term used to describe the link between climate change and mental health, is associated with long-term feelings of fear, anger, exhaustion and not being able to control future events or not knowing what worsening events could look like.

Eco-anxiety can result in intergroup aggression, hostility, violence, migration, which can lead to a loss of identity through land loss, and poor social cohesion.

Children and future generations, would, according to Barnwell’s findings, bear the brunt of the impacts of climate change.

For children, the study found that the effects can be seen in academic challenges, evident in the zoonotic Covid-19 pandemic and the academic difficulties that have been caused by it.

According to the report, children’s feelings and anxieties about climate change could also be turned inward or expressed externally in destructive ways.

For both children and adults, the realities of climate change could also take away hope, happiness and a sense of self-worth. Trust in the world could be dulled.

Dona van Eeden, a climate justice activist and climate scholar, told DM168 that young people were sacrificing the present to fight for the future. They were aware that if they did not put in the effort, there would be no future for them.

This was despite not seeing a tangible change from the government in meeting the Sustainable Development Goals, she said.

“It puts a tremendous feeling of despair and desperation on our young people to have the knowledge of the gravity of the situation and knowing in what way our society needs to move to be more sustainable, and then seeing our government implement plans that completely ignores this,” Van Eeden said.

Climate change effects were anticipated to result in trauma that would exacerbate existing socioeconomic conditions.

Sarah Ferrell, advocacy and action co-ordinator at the African Climate Alliance (ACA), said, although mental health was a struggle that affected people across all identity groups, present-day injustices exacerbated mental health challenges, with a lack of access to healthcare still being a major issue.

“Add climate change to that, and as Dr Barnwell’s report makes clear, we will see profound adverse mental health implications for those living in South Africa – especially those who are young and are already living in poverty,” Ferrell said.

A just transition is at the forefront of the climate debate, which is peppered with health, environmental and socioeconomic concerns. The report shows, however, that mental health concerns should also be among primary considerations.

The government’s inaction when negative consequences were well documented and evident, was, said Barnwell, a contributing factor to the mental health of the vulnerable, and could be seen as institutional betrayal.

“Betrayal can occur through the failure to prevent harm,” Barnwell said.

“A lack of transparency, procedural and participatory injustices (i.e. not being included in decisions that are being made that have a direct impact on communities) and not taking corrective action, delaying action or not mitigating harms when potential harms are well known can also exacerbate psychological stressors and traumas. Institutional betrayal makes recovering from trauma or living with psychological distress worse.

“From what experts tell us is that the further procurement of coal and gas power stations will contribute to the climate crisis and, in turn, I believe, lead to more psychological adversities.

“Prevention is better than cure and we should limit the drivers of psychological distress. This being said, at the same time we need to start preparing communities for these shocks,” he said.

Lerato Balendran, head of communications for the Centre for Environmental Rights, which jointly commissioned Barnwell’s study with ACA, told DM168 that those living near coal-fired power plants were most vulnerable to climate change effects as it would be difficult for them to adapt to climate shocks in the future because of socioeconomic factors and South Africa’s historical legacy.

“It can do this, firstly by abandoning its plans for new fossil-fuel electricity capacity: 1,500MW of new coal power and 3,000MW of new gas power, as per the Integrated Resource Plan for Electricity of 2019 and September 2020 Ministerial Determination calling for the development of that capacity, and by starting to decommission its polluting and aged coal fleet, in line with a just transition plan that provides for workers in the sector and creates opportunities within clean energy and other sectors.”

Barnwell suggested that communities share their experiences through support groups and help lift the stigma on mental health. He added that many psychologists were not trained to deal with climate change-related mental health challenges.

“We cannot expect the public mental healthcare system to deal with the mental health burden that is created owing to decisions to continue to procure more coal and gas power stations,” Barnwell said. DM168