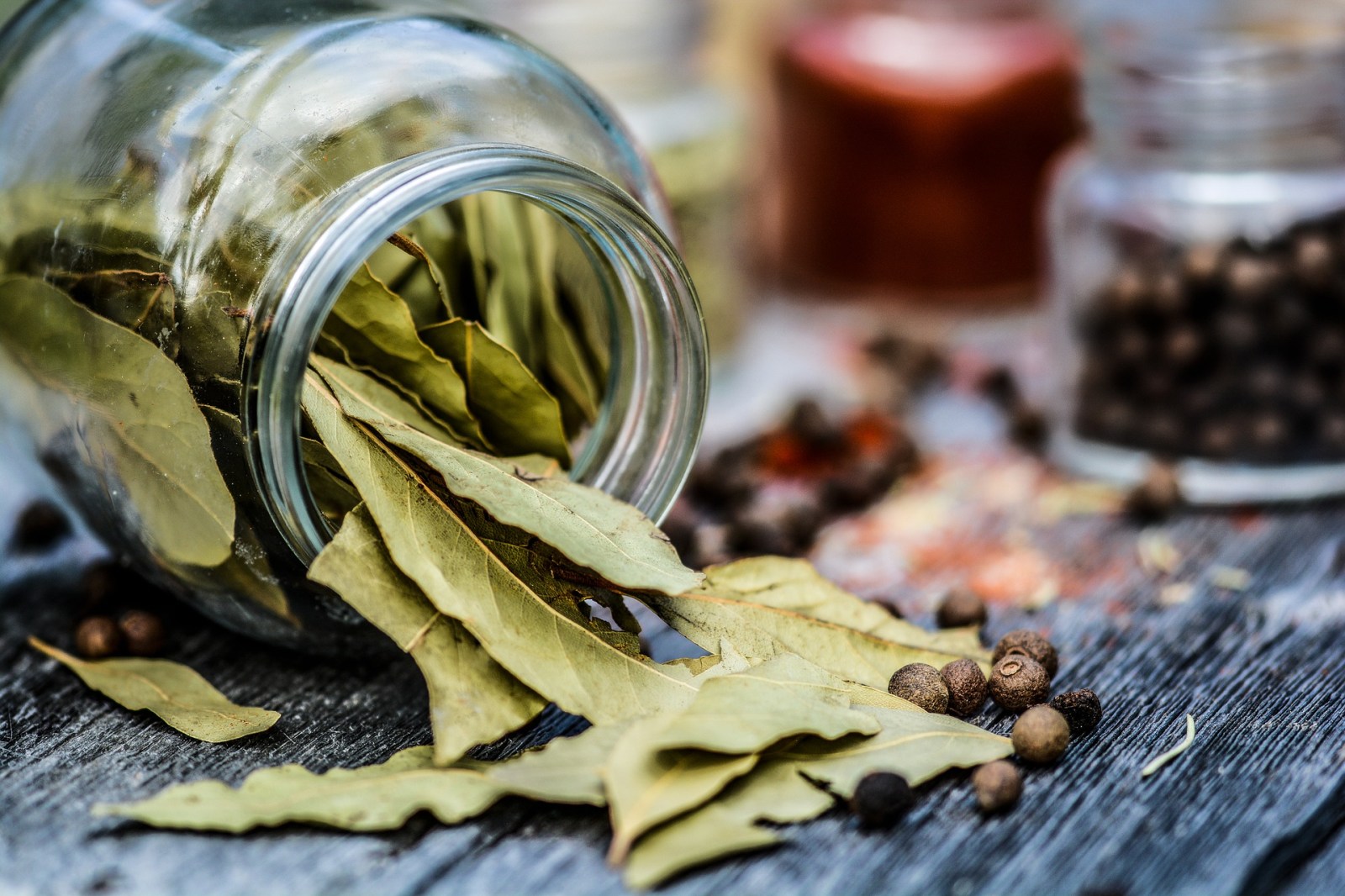 (Image by monicore from Pixaay)

Bay, laurel, laurier, sweet laurel. Bestowed on champions by the Greek Gods, bay is as puzzling to the palate as it is subtle.

Add one bay leaf. It’s in probably 80 to 90 percent of recipes from all over the world. That simple, seemingly ordinary, solitary leaf which you’re asked to add to your sauce, your soup, your stew, terrine, marinade, and more. Yet the leaves are prized by athletes, poets, warriors and witches. But more than anything, the humble bay is placed on a pedestal in the kitchens of all chefs worth their salt and pepper.

The bendy slim branches are bent and entwined to go around the necks of victors, and bay is thought to have the power to deter the devil himself, witches, and lightning. If you google bay leaf, up will pop as many websites about witches and witch lore as about bay and how to cook with it. Roman athletes would carry bay in a pocket, poets were festooned with them, it was supposed to guard you against the mighty thunder in the sky, and if you didn’t want a visit from a friend who’d annoyed you, you could sweep your front step after they’d left and then rub bay into the doorstep so they wouldn’t come back. That would do the trick, obviously.

Brittanica tells us that Daphne, in Greek mythology, personified the laurel tree “whose leaves, formed into garlands, were particularly associated with Apollo. Traditionally, the special position of the laurel was connected with Apollo’s love for Daphne, the beautiful daughter of a river god (probably Ladon) who lived a pastoral existence in either Thessaly, the Peloponnese, or Syria. She rejected every lover, including Apollo. When the god pursued her, Daphne prayed to the Earth or to her father to rescue her, whereupon she was transformed into a laurel. Apollo appropriated the laurel for poets and, in Rome, for triumphs. Daphne was also loved by Leucippus, who was killed because of Apollo’s jealousy”.

Laurus Nobilis is its Latin name; Laurus means verdant and nobilis of course means noble. The name bay, in English, derives from the French baie (berry), and the French use it in two essential basic preparations, the court-bouillon, the classic poaching liquid of French cuisine, and the bouquet garni that goes into so many stews and other dishes. Bay, says Larousse Gastronomique, is “indispensable to season stocks, ragoûts, stews, pâtés and terrines”. Bay is a key part of an Italian aromi too, the nation’s equivalent of the French bouquet garni.

When a bay leaf or two have been immersed into a béchamel sauce while making it, the difference it makes is extraordinary and emphatic. The sorcery of the leaf is astonishing, the way it beguiles the palate with its indefinable flavour, yet defies you to pinpoint quite what its taste profile is. Some have said it’s reminiscent of thyme and oregano, but those two flavours are distinctive in their own ways and no, if you had two pots of béchamel and inserted bay into one, and sprigs of thyme and oregano into the other, they would not be the same at all.

You can use bay leaves instead of lemon leaves in a bobotie. Lemon is in fact traditional and was used at the old Cape, whereas use of bay in the dish is more modern. Said the great C Louis Leipoldt on the subject of these leaves: “I do not even have to mention a lemon leaf in brawn or sosaties, or the value of a bay leaf as a surrogate for it.”

But its the Madeirans who use it best, and most thoroughly, making it the absolute flavour hero of the island’s wonderful espetada; chunks of beef skewered on bay branches, after the meat has been marinated with garlic, coarse salt and crumbled bay leaves. If you’ve never been sure quite what bay leaves taste like, that’s one dish that will let your palate know all about it.

Bay is included in very many Indian curry recipes, usually right up front when you braise your spices such as whole cinnamon, cardamom pods, and cumin and fennel seeds and the like. In the Caribbean bay is used for jerk chicken, in the Philippines in menudo, a pork dish not to be confused with a Mexican menudo, which is tripe, and in adobo, a Filipino chicken dish.

How to define the indefinable bay? It’s often called bitter, yet there’s an undeniable sweetness to it as well. It has been called woody, and that does make sense; or does it? It’s been called minty or having a menthol character; it has distinctive hints of pine and eucalyptus, and of white or black pepper, even both. Others have found hints of thyme, clove and even lavender in bay.

But come on. Does something have to be defined by something else? The whole point of bay is that – bay – is what it tastes of. And there is nothing quite like it. DM/TGIFood