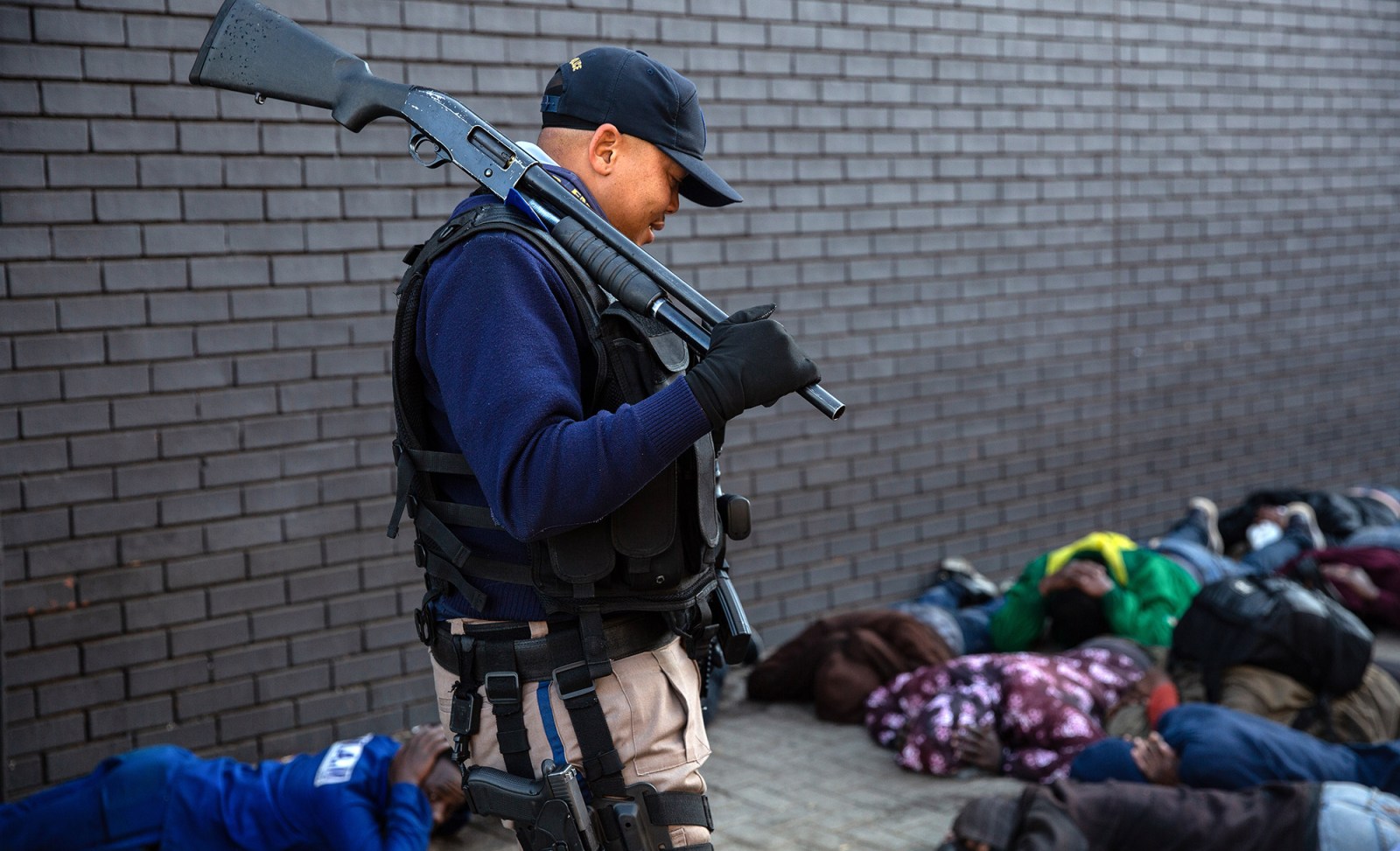 Sustained military support to policing is an option, but the armed forces are wholly unprepared for such a role.

Two weeks ago, South Africa’s Defence and Military Veterans Minister Thandi Modise told Parliament she wanted to consider establishing an ‘intermediate’ military force trained and equipped to deal with unrest. She referred to France, an obvious nod to its gendarmerie system that’s been copied by most of its former African colonies.

Modise’s proposal comes after 25,000 soldiers were deployed to KwaZulu-Natal and Gauteng provinces to supplement police capacity in the aftermath of the public violence and looting that shook the country in July.

A similar suggestion was discussed in the run-up to South Africa’s 1994 elections. The idea then was to convert the National Peacekeeping Force for this role. The African National Congress (ANC) wanted the force to have primary responsibility for law and order before and during elections. It comprised members of the former South African Defence Force, the armed wings of the ANC and Pan African Congress, and elements of the former ‘homeland’ armies.

When that proved unrealistic, security analysts considered converting the National Peacekeeping Force into a public order police unit. The project was eventually scrapped, and the force disbanded.

Public order policing was partially resuscitated after the 2012 Marikana Massacre when 44 people died at the hands of the SAPS. The subsequent Farlam Commission of Inquiry reflected on the police’s deep-rooted and systemic challenges, and its recommendations included reforming public order policing. The commission called for SAPS to be professionalised, depoliticised and demilitarised, and for better control over operational decisions, standing orders, police equipment, first aid and accountability.

Few of these proposals were ever implemented, but police were clearly mindful of another Marikana disaster when they arrested former president Jacob Zuma in July. And yet, the country’s police were unprepared for the violence that followed.

These events reflected the extent to which South Africa’s intelligence service has been exploited by the ANC’s factional infighting, and again exposed the SAPS’ poor operational planning and response. When the SANDF was belatedly deployed, it did little more than guard selected key points. In some instances, soldiers seemed unable to intervene, given their lack of training and non-lethal equipment needed for public order functions.

The events at Marikana and recently in KwaZulu-Natal and Gauteng are exceptions. Yet, the police will probably continue relying on military support, perhaps to a greater extent as the number of violent protests rises. Both however face challenges in this area. On the one hand, South Africa has a vast, central police agency that’s declining on all key performance indicators. On the other, the military is unsuited to the security challenges it and the region face.

The Defence Act provides that members, once authorised for deployment within the country, have the same powers and duties as police, except investigating crimes. The problem is that soldiers just seem to supplement police capacity — they have no mandate on public order, nor do they exercise their policing functions. One reason for the latter is likely that they aren’t trained or equipped for either regular policing or public order duties.

Yet the military is often called in to help with duties ranging from enforcing Covid-19 regulations to fixing sewerage systems that pollute the Vaal River, providing border security and containing public unrest. Without training, the correct doctrine and equipment, soldiers are of little use in many of these circumstances — except as a show of force and to guard critical infrastructure.

France by comparison has two police forces — the National Gendarmerie and the Police Nationale. The National Gendarmerie is a branch of the military, but placed under the jurisdiction of the Ministry of the Interior during peacetime. It has various military and defence missions, but its primary peacetime role is policing smaller towns, and rural and suburban areas.

The essential feature of the French system is that policing in larger urban areas is provided by the Police Nationale, whereas in rural areas it’s the job of the National Gendarmerie.

Each force has its own public order response units. For the Police Nationale it is the Compagnies Républicaines de Sécurité (CRS), also serving as the general police reserve. Its functions include securing large public events, but is best known for crowd control. In rural areas, the National Gendarmerie calls in its Gendarmerie Mobile to manage riots, although it’s also deployed to urban areas if the CRS needs help.

There is as much to learn from France as there is to disregard. As in South Africa, the right to public protest is ingrained and demonstrations are dispersed only when certain ‘rules of the game’ are contravened.

This is perhaps the one reason to consider an additional public order surge capacity in the SANDF, provided it is trained and equipped for the task. Much will have to change, however. Most important is recognising that the military’s primary function should be emergency prevention and reaction, internally and regionally.

One option could be that military public order units are seconded to the police or placed under permanent police command and control as Modise hinted at — borrowing from the French example. Whichever approach she considers, the SANDF is unprepared in all aspects for such a role — from its training, equipment, doctrine and even its ability to cooperate with police.

For this to change, police support would need to be seen as a core, not a secondary, function of the SANDF and should include area or rural policing, and border security.

Modise has inherited a military that’s been run into the ground. At the same time, the performance of the much larger police service has deteriorated despite substantial budgetary increases. A gendarmerie option could help, but in a very different format to France — and with substantial implications for the SANDF.

What South Africa desperately needs is a considered analysis of its security challenges and how, given current budgetary constraints, they can be met. That should be the National Security Council’s task. Failing that, the panel of experts appointed by the president to investigate the July violence should take a broad, strategic approach to the task at hand. DM