Sending in the Troops: Is it a help or a hindrance having soldiers on the streets during tense times? 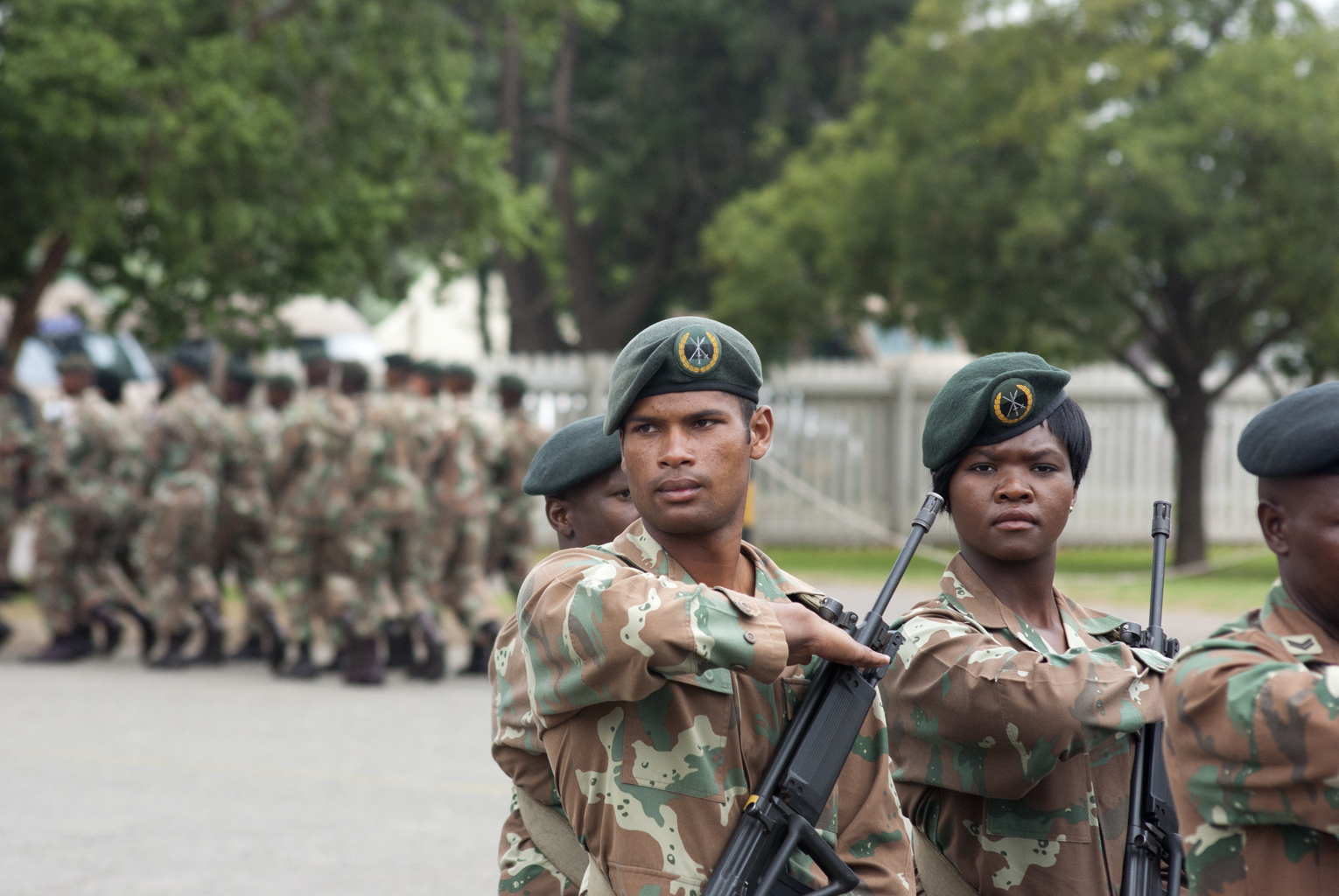 The rioting and looting in parts of Gauteng and KwaZulu-Natal has reached a point where the presidency has decided to deploy the military in support of the police. Despite there being almost twice as many police officers as soldiers in the SANDF, they still need the help of the men and women in green (and brown).

As African Defence Review’s Darren Olivier writes, the SA National Defence Force (SANDF) is deployed under “S201 of the Constitution and S18 and S19 of the Defence Act, and it’s therefore a deployment in co-operation with the SA Police Service rather than one where the SANDF has independent control and emergency powers”.

Unless there is a state of emergency, this authority stands.

It would be disingenuous to argue that deploying the SANDF to areas riddled with violent crime would be detrimental from start to finish. Those in favour of the move have made the case for there being benefits to sending the army to patrol in areas where the SAPS are too thinly spread.

Armed soldiers, while not able to exercise many of the legal powers of the police, would contribute to a larger visible presence of armed security personnel that may be able to discourage brazen gang attacks. Perhaps counterintuitively, the average South African soldier’s equipment and ballistic protection is roughly comparable to that of the average policeman.

What governs their actions?

Just like any South African, the defence force does not exist above the law. As such, the military are not enabled to act in any way above that set out by the Defence Act, the SANDF Code of Conduct and ultimately the Constitution.

Indeed, unlike the SAPS, the military has absolutely no powers of arrest, barring that within the Military Police. Without these powers, SANDF soldiers may be as equally equipped and armed as the police, but they lack the ability to actually intervene against looting and lockdown restriction violations. This does not mean that soldiers will not act in self defence, make a citizen’s arrest, or intervene when life is endangered, but it does have a big impact on what they can and cannot do.

Although ostensibly a Joint Operations Command would be calling the shots for the military’s deployment with the police, all communication with the SANDF has shown that they are emphatically there under command of the SAPS. Indeed, attempts to engage with the SANDF as media were met with blunt directions to rather talk to the police. As far as the military is concerned, the police are in charge.

In reality, this is not strictly true. Units deployed will still be taking orders from their commanding officers and ultimately be held accountable for their actions independently of the police. It’s the Joint Operations Command that calls the shots, and try as they might, the SANDF cannot wash their hands clean of any real operational responsibility.

So what can they do?

The military cannot arrest looters and they cannot legally shoot anyone except under very clear conditions set out by stringent rules of engagement. So what exactly are they meant to do?

What the military provides best in these scenarios is manpower. They are able to backfill many SAPS functions, freeing up police to actually go out and police the streets. The manning of roadblocks, movement of personnel, and generally backing up the police while they do the enforcement work is where the military can be useful in this scenario.

Moreover, protecting critical infrastructure such as power-generation sites, water pumps, government buildings and the like can be handed over to the military without much fuss.

Assisting the transport of frontline healthcare workers to and from their homes and hospitals would be a good addition too.

Without powers of arrest or investigation, and without the training in community policing that even the SAPS struggles with, the SANDF’s default response to violence will be to shoot first and ask questions later.

Politicians and policymakers should not, therefore, be surprised when the army they’ve placed in the townships begins behaving like an army. The alternative is equally damaging: too strict in terms of rules of engagement and they won’t be able to do anything meaningful at all in terms of restoring public order.

All of this skirts around the unpleasant reality that the South African military is in no shape to be doing anything inside South African borders (or externally for that matter). The lack of appropriate budget and zero contingency plan by the defence department has resulted in the institutional “rot” that the Defence Review warned about in 2012.

Ironically, the review also offered little in the form of a “plan B”. What this translates to is an army that has too few troops to help the police, and no capacity to develop such forces in the future.

Although there are 78,000 people employed by the SANDF, most are not combat-oriented infantry and can’t be used for this role. Approximately 12,000 are civilians employed in a number of administrative and technical roles. Of the remaining 66,000, only around 37,000 are in the South African Army, the rest are part of the Navy, Air Force, Medical Health Service and other corps, and not well-suited to infantry tasks.

Of those 37,000 in the army, a significant proportion are in support formations like logistics or in specialised units such as 1 SA Tank Regiment and 4 SA Artillery Regiment, and are thus not well-suited to infantry tasks either.

However, at any given time one reinforced battalion is posted to the United Nations mission in the Democratic Republic of Congo and at least four battalions are performing border patrol duties, leaving just nine remaining. But those nine are not necessarily available, as they’re going through various pre-deployment, post-deployment, reintegration or training phases that either precede or succeed their own active deployments.

Pulling troops from them to perform ad hoc missions without sufficient advance planning means that the deployment cycle might be interrupted, with new soldiers being introduced into units and having their operational integration and training cut short, soldiers getting less time with families than they were promised, and pre-deployment preparation or post-deployment debriefs being rushed.

Calling in reserve troops is an option, and has been done for things like border patrol and the Covid-19 response in the past, but it’s also not an unlimited resource and can only bolster numbers by a relatively small number for a short period of time, both because of the call-up cost and the problem of taking people away from their jobs for too long.

The danger in treating the SANDF as a limitless backup to the police, while neither force receives increases in funding and personnel, is that it is likely to accelerate the defence force’s downward spiral toward lower quality and less availability, while staving off the hugely necessary reforms and re-organisations that the SAPS needs. DM