EcoMavericks: Celiwe Shivambu is dedicated to creating a future for the young, by the young 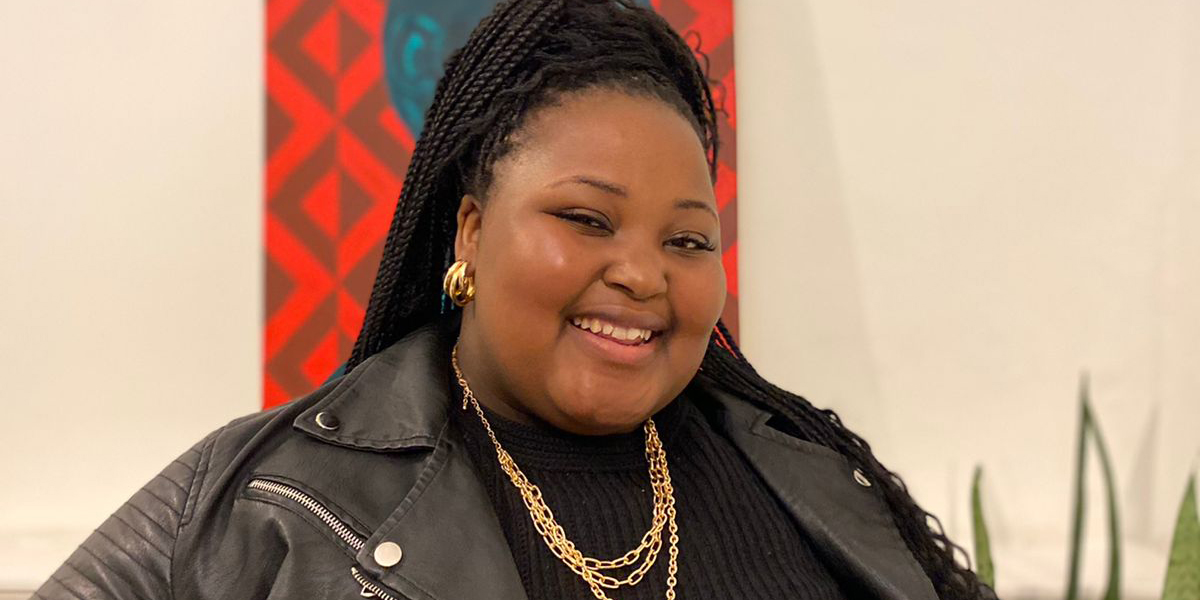 Alongside building a future for young people, activist Celiwe Shivambu is determined to ensure their voices are involved in building the future that they will one day live in – all while not forgetting gender representation in the space.

Activist Celiwe Shivambu’s work focuses on the representation of young people and gender in South Africa’s climate change policies. Working with the South African Institute of International Affairs (SAIIA) [email protected] group, Shivambu facilitates active engagement by youngsters in policies that have been delivered to business leaders, diplomats and ambassadors. She has also led a team in drafting statements on the Just Transition and Green Recovery policies.

The 21-year-old has gone on to represent young South Africans at the We Are Tomorrow Global Partnership, and previously spoke at the World Circular Economy Forum and Climate conference, hosted in the Netherlands.

“[Another check] on the list is to have young people in a few climate discussions or boards without taking them seriously or with urgency. Climate change cannot be resolved by scientists alone, this is a human crisis that involves people actively working towards mitigating the impacts of climate change while realising we will be affected but differently affected because of our different socioeconomic status,” the activist told Daily Maverick.

Head of youth programmes at the institute, Desirée Kosciulek, told Daily Maverick she was pleased that efforts at Johannesburg Climate Action Plan were successful, where Shivambu was the lead author and was nominated to present the official launch at an event with the now late mayor of Johannesburg in June 2021.

Kosciulek added that Shivambu was working together with other young people from across South Africa, driving the development of the first South African Youth Climate Action Plan. In addition to her work with this initiative, she has been part of the national drafting committee providing input on the proposed Climate Change Bill for South Africa, the updated proposed National Determined Contributions for Climate Change, and work for the just transition for the Presidential Climate Commission.

“I have known Celiwe for several years, and it has been a privilege to watch her grow from an outstanding high school learner to a brilliant university student and now an emerging young professional… In 2021, she took on increased responsibility and is now a project lead for the South African Youth Climate Action Plan,” Kosciulek said.

Shivambu first joined [email protected] as a volunteer upon arriving at university. Before that, Kosciulek said she remembered meeting Shivambu for the first time at a schools debate where, with little preparation and after having been put on the spot, she came out as the top speaker nationally. Having joined the South African Institute of International Affairs, Shivambu has worked her way up, through commenting on climate policies, as well as writing to several stakeholders about the importance of involving women and young people in climate change discourse.

While Shivambu has made strides in youth leadership and climate change, she admits there have been some challenges, such as young people’s seat at the table being a token for the government, business and civil society.

Shivambu also highlighted that climate change discourse is difficult in South Africa as socioeconomic problems such as unemployment and poverty tend to take precedence, making it difficult to take the conversation to places such as townships and rural areas.

“Once again this has become a fight by the white elites and this is because of the order of priorities and the decisions everyday South Africans have to meet: ‘Where is my next meal going to come from?’ – not about the current impacts of climate change happening around them. Climate change is not a struggle South Africa has picked yet; its urgency is not that urgent,” Shivambu said.

The activist’s honours thesis focuses on the exclusion of women in environmental government and gendered language in international climate policies. She added that often women were not seen as climate mitigators despite their groundwork in ecofeminist movements.

“There is a need for gender-sensitive, gender-responsive and gender transformation that enhances the representation of women in decision-making. This is because the gender framing has depicted women as victims of climate change without agency, especially in developing countries to women who are non-white. Climate change cannot escape gender wars,” Shivambu said.

When Shivambu is not advocating for the voice of the young, and ensuring that gender representation is present in climate change policy, she is reading, a hobby that has been a solace throughout her youth.

The activist has developed the hobby and works with a young people-led organisation working with children to create a reading culture among youngsters. The organisation often has book drive-throughs to collect books to donate and create a leading nation through a reading nation, she said.

While the activist is trying to ensure a future for young people, she hopes to participate in that future by being a consultant for either business, the government or think tanks on gender and climate change in Africa.

“Young people will bear the effects of today’s decision in the future. It’s important to bring them to the decision-making table so they can influence the designs being made on their behalf. Young people are resilient and have more strategic ways of tackling climate change,” Shivambu added. DM/OBP

EcoMavericks: Celiwe Shivambu is dedicated to creating a future for the young, by the young