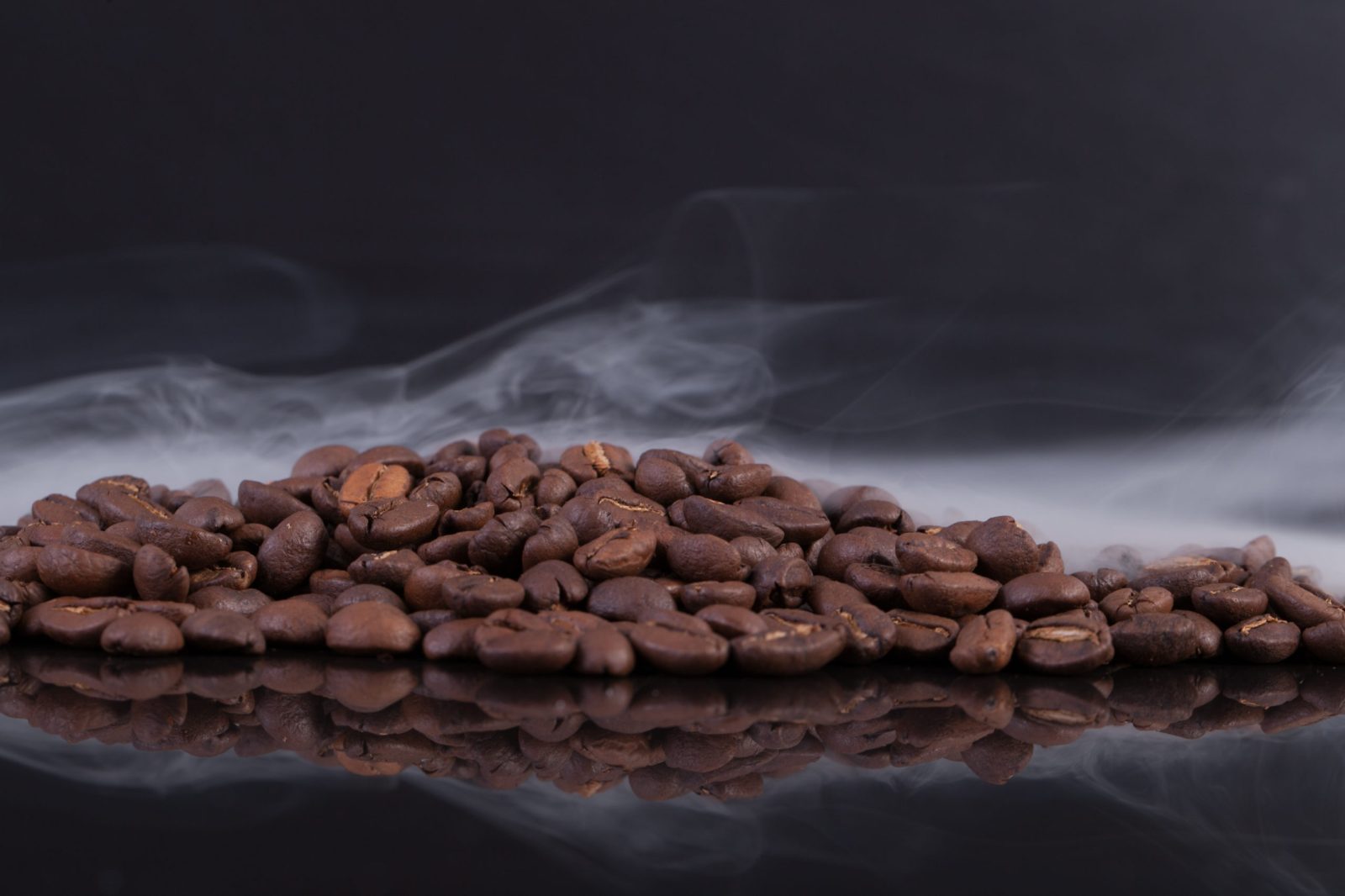 Coffee can be all things to all of us, the great uniter. It wryly shows us both sides of the Janus face: bitter and sweet.

The coffee bean is a Janus; both one thing and the other, bitter and sweet. There’s no middle ground with coffee. You either like it sweet, one or two sugars please, or black, strong and as it comes.

That versatility, that ability to be either/or, to appeal to any palate depending on what you’re adding to it, makes coffee one of the more interesting ingredients in the kitchen repertoire. For me, the addition of sweetness to coffee adds rather than detracts; all of the flavour of the bean is still there, that pleasing bitterness still discernible, yet with that bit of sugar to create a beautiful contrast; to show both sides of the Janus face.

But do the contrasting alternatives that a Janus represents need to be seen as perfidy? Some scholars argue that Janus was the god of beginnings, that he represented a pathway to something new; an alternative. The god whose name is given to the year’s first month, January, when the old has your back turned on it as you face the new.

Perhaps Janus is a god of balance, of the middle ground, as Wikipedia puts it, between concrete and abstract dualities such as life and death, war and peace, the barbaric and the civilised, or dare one add the vaxxer and the anti-vaxxer, the intrepid and the dyed-in-the-wool. The coffee bean as a symbol of how divided yet similar we all are, a symbol on a vax certificate; Janus the uniter, not the deceitful divider.

So. Let them all drink coffee. And cook with it, both sweet and savoury. Coffee is not new to cuisine, by which I mean in food, not drink. Auguste Escoffier in his classic Ma Cuisine has a recipe for Glace au café (coffee ice cream) made in the French style of a custard ice cream, and a coffee parfait, or Parfait au café. It makes for a killer crème brûlée too, the combination of coffee and a luscious, creamy texture always a thrill to the palate.

Antonio Carluccio wrote that in Italy, where they like their coffee beans roasted almost to the point of being burnt, “it is a delight in summer to order a granita di caffé in any bar in southern Italy and you will be presented with a small glass full of iced coffee”.

Arguably the most famous of all coffee dishes, the Italian dessert we call Tiramisu, is a relative newcomer to the annals of the world’s most famous dishes. Tiramisu means pick-me-up or cheer me up, and is thought not to have been known before the 1960s, which is just the other day in the history of great dishes.

Coffee and liquor are a sublime pairing, as any Irish coffee aficionado can attest. Brandy, whisky, especially bourbon with its smoky character, marry deliciously with coffee, as do nutty liqueurs such as Amaretto di Saronno (almond), Frangelico (hazelnut) and others not quite as famous. Citrussy ones d0 too, such as Cointreau (orange) and Grand Marnier (bitter orange).

Instant coffee powder (or granules that you have blitzed) can be a key ingredient of a rub for beef, pork, poultry or even a firm-fleshed fish such as yellowtail or kingklip. I’d add ground cumin, ginger, nutmeg, garlic powder and black pepper, and a fiery hint such as paprika or chilli powder. Or make a wet rub using similar ingredients, but with finely chopped fresh garlic and ginger, some coriander leaves chopped very finely and a bit of grated lemon or orange zest.

Coffee grounds can also be incorporated into a rub for steak to add depth of flavour and a bit of crunch too. One recipe for a New York steak rub mixes grounds with brown sugar, lots of black pepper, chilli, garlic and cinnamon.

Red Eye Gravy, from the cuisine of the American South, is served alongside traditional country ham, and made from the drippings (grease) of fried country ham mixed with black coffee. Coffee and grease. Hmmm. I might pass.

Great British Chefs have a recipe for a steak sauce with two shots of espresso, bacon, dark chocolate, garlic, white wine, bay, thyme and pink peppercorns. Another has freshly brewed coffee with balsamic vinegar, whole coffee beans and whole black peppercorns as a variation on a pepper steak sauce.

In Brazil, dried black beans are soaked and then stewed with onions, garlic, sausages, bacon, bay, coriander and brewed coffee, or served without the sausages as a side dish.

Coffee caramelises through reduction, especially if something sugary is included, such as honey, palm sugar, sherry, port or sweet soy sauce. It goes well with chilli, and with ginger, so you can whizz up a braai marinade for your steak or chicken that includes coffee, ginger, chilli, garlic and plenty of black pepper, for a baste with real zing to it.

Try blending strong coffee with a stout such as Guinness and a spoonful of honey, for a marinade or baste for chicken drumsticks baked in the oven or grilled over the coals. I’d add some chilli and garlic to that, and perhaps a splash of dark soy sauce.

And of course, you can dance the java jive with chocolate in sweet dishes from cakes to biscuits, custards to ice creams. Which brings us to my recipe for a fridge tart, the kind ouma used to make using condensed milk and a Tennis biscuit base, and adapted to coffee. And chocolate. And pecan nuts. It’s ouma’s Java Jive. DM/TGIFood

There’s much more from Tony Jackman and his food writing colleagues in his weekly TGIFood newsletter, delivered to your inbox every Friday. Subscribe here. Also visit the TGIFood platform, a repository of all of 0ur food writing.