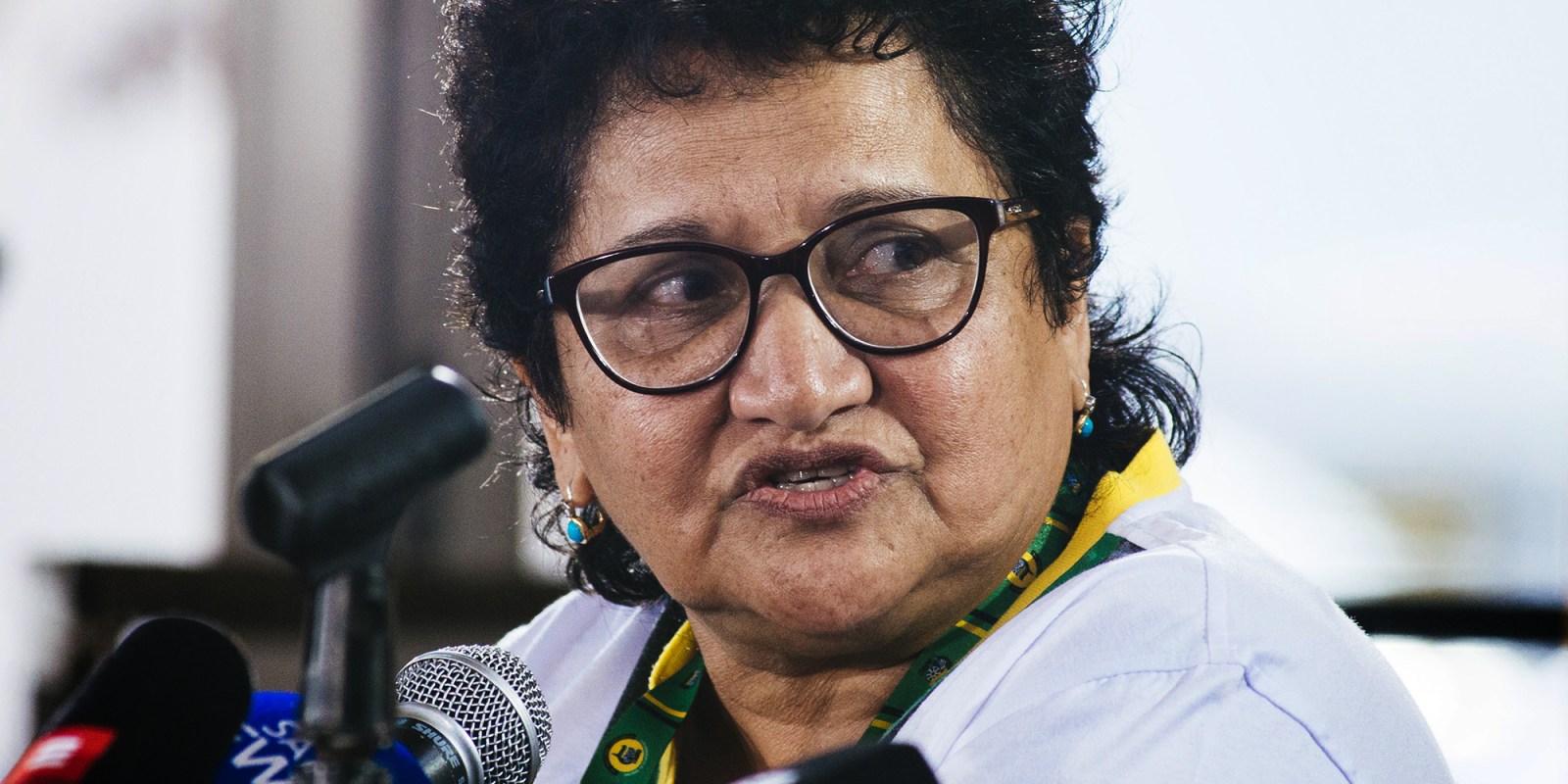 The ANC says it faced ‘major challenges’ in uploading its candidate lists because the IEC website kept freezing, and that many candidates were rejected because they had been registered in the wrong wards.

Jessie Duarte, the African National Congress (ANC) deputy secretary-general, said on Thursday that the party would ask the Electoral Court to reopen candidate registration for the local government elections so that the party could correct errors on its lists.

What led to this decision was the “major challenges” that the party faced on Monday, 23 August when it was uploading its candidate lists, said Duarte.

“The IEC [Electoral Commission of SA] system repeatedly froze and locked out our administrators, which meant that the data that we’d entered was voided and we had to enter it again.”

Duarte said that many candidate registrations were rejected by the IEC website because they were registered in other wards.

This was also an issue the United Democratic Movement had with registering its candidates.

In addition to the technical glitches the ANC experienced on Monday, the party is dealing with disgruntled Luthuli House staff members who started a go-slow over late payments and outstanding provident funds. Staff members suspended their go-slow on Monday to allow the party to deal with its candidate list process.

Duarte said that the party would present its papers to the Electoral Court on Friday.

“We’re asking them to open candidate registration only for the areas where there were mistakes,” said Duarte. She admitted that there were also disputes among branches about whose name should go on to the candidate lists.

Once this was done, the lists compiled in the provinces were sent for final approval to an extended National Executive Committee meeting, which included the party’s leagues and its alliance partners, the SA Communist Party and labour federation Cosatu.

Initially, the deadline for candidate registration was 5pm on Monday, 23 August, but the IEC extended the deadline to 9pm.

The IEC did not provide reasons for why it granted the extension, but some parties, such as the Democratic Alliance (DA) said that it had to do with the IEC bending to the ANC’s will.

Carien du Plessis reported that the DA had submitted a lawyer’s letter to the IEC asking for a list of parties that had requested an extension of the commission’s 5pm cut-off time on Monday.

The Economic Freedom Fighters has also written to the IEC requesting a detailed report of the times each political party submitted its lists because it suspects that some parties flouted the rules and submitted lists after the deadline.

At a media briefing on Tuesday, IEC Chief Electoral Officer Sy Mamabolo said submissions had remained open for another 34 minutes on Tuesday night “to enable the data transfer from the public website where the online candidate nomination system is hosted into the internal business application”.

Responding to the claims that the ANC had influenced the IEC into extending the deadline for candidate lists, Duarte said the claims were “sinister”.

“We heard on the news that there was an extension to 9pm; we didn’t ask for an extension,” said Duarte.

“So, they requested that I bring to the attention of the commission the necessity to extend the period for the selection for candidate nominations. The commission had a consultation process but could not accede to extending by a few days, they could only extend by four hours. And it was for the benefit of all parties, not just one party as it has been postulated,” said Mamabolo at Tuesday’s briefing.

On Friday, the IEC will inform the political parties of any non-compliance and they will have until 30 August to fix this. The full and final list of candidates will be released by 7 September.

While this happens, South Africa awaits judgment from the Constitutional Court on whether it’s possible to hold a free and fair election in October.

The IEC approached the Constitutional Court on an urgent basis for a declaratory order postponing the voting day to 28 February 2022. DM