Malema lashes out at government, accuses it of deploying soldiers as protection from ‘the masses’ 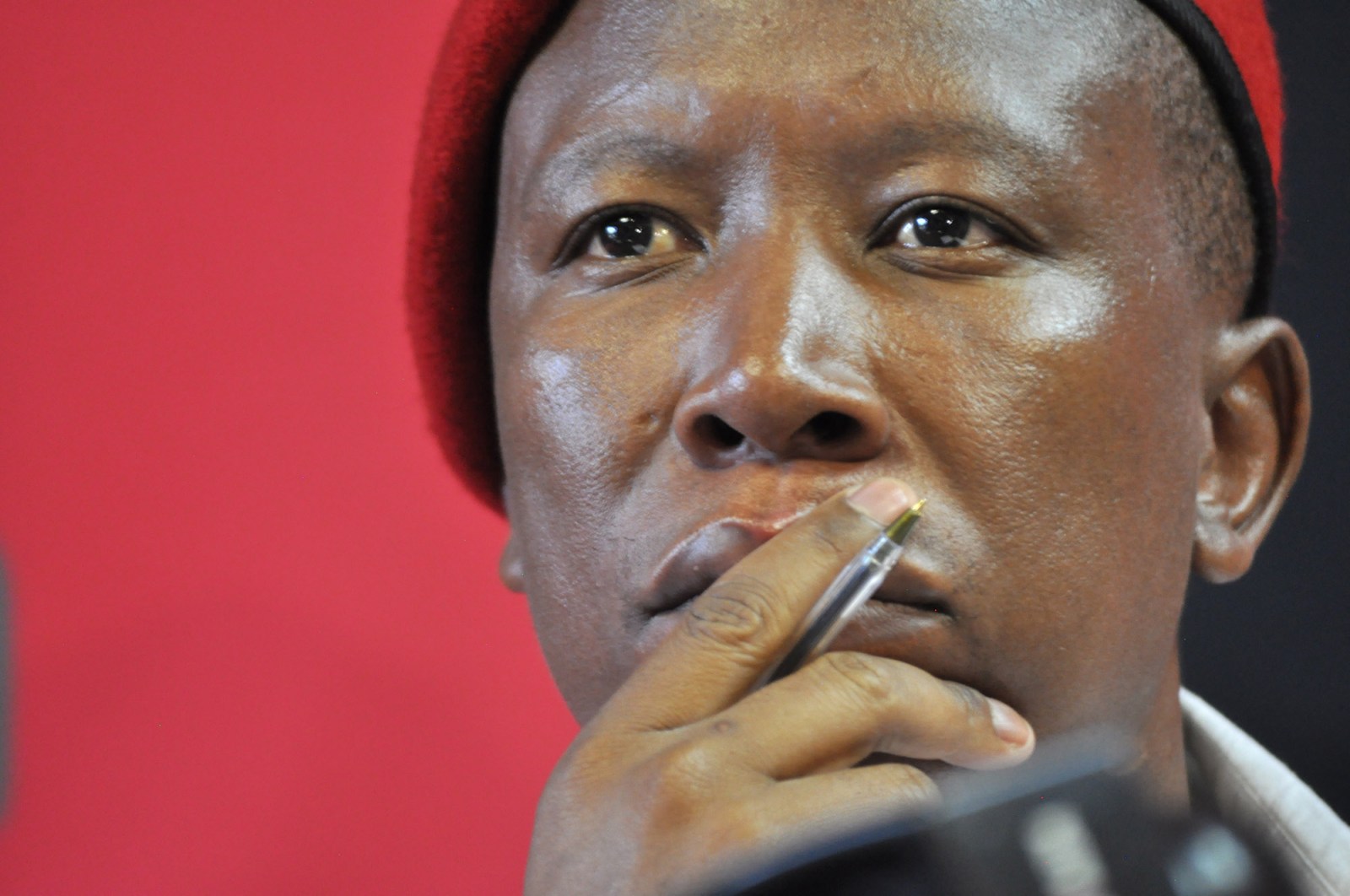 EFF leader Julius Malema. He has complained that soldiers on the ground would hinder the freeness and fairness of the polls. (Photo by Gallo Images/Laird Forbes)

Addressing the media on Wednesday, EFF leader Julius Malema reiterated that the party would be contesting municipal elections on October 27  if they were not postponed but complained that soldiers on the ground would hinder the freeness and fairness of the polls.

“The EFF is concerned by the growing militarisation of South Africa and repeats that it is only an illegitimate government that depends on soldiers to protect them from the masses,” the party leader told journalists at a virtual press conference on Wednesday.

Referencing the recent revelations about dwindling food supplies, and operational issues such as lack of vehicles and fuel for SANDF troops, Malema criticised the government for a failed peacekeeping mission.

The EFF has highlighted soldiers’ struggles on social media.

Malema cautioned that having boots on the ground in the run-up to elections was unconstitutional, labelling the deployment an intimidation tactic by the ANC to retain power.

He confirmed that the party had submitted its candidate nomination lists and would be contesting the local government elections scheduled for 27 October.

Malema, on Wednesday, demanded that the government lift restrictions on gatherings as they hindered political parties’ ability to campaign and compromised the freeness and fairness of elections, saying “political parties must be allowed to convene political gatherings and engage members of communities”.

He said the party would flout restrictions in order to campaign and announced it would be hosting a gathering at its new Johannesburg headquarters on 26 September when it launched its manifesto.

He lambasted the IEC and cast doubts on the credibility of the candidate nomination process which concluded on Monday, 23 August. The deadline was shifted from 5pm to 9pm to give parties more time to submit their candidate lists, though some parties complained this was an insufficient extension.

“We call on the IEC to be honest because its independence and autonomy seems to be disappearing under the current leadership,” said Malema.

The party has written to the IEC requesting a detailed technical report of the times each political party submitted its lists because it suspects that some parties flouted the rules and submitted after the deadline.

The EFF made its announcements about readiness for elections in the wake of further revelations emanating from the VBS scandal, specifically financial connections to the party’s deputy leader Floyd Shivambu, but did not address the allegations. Read more here. DM