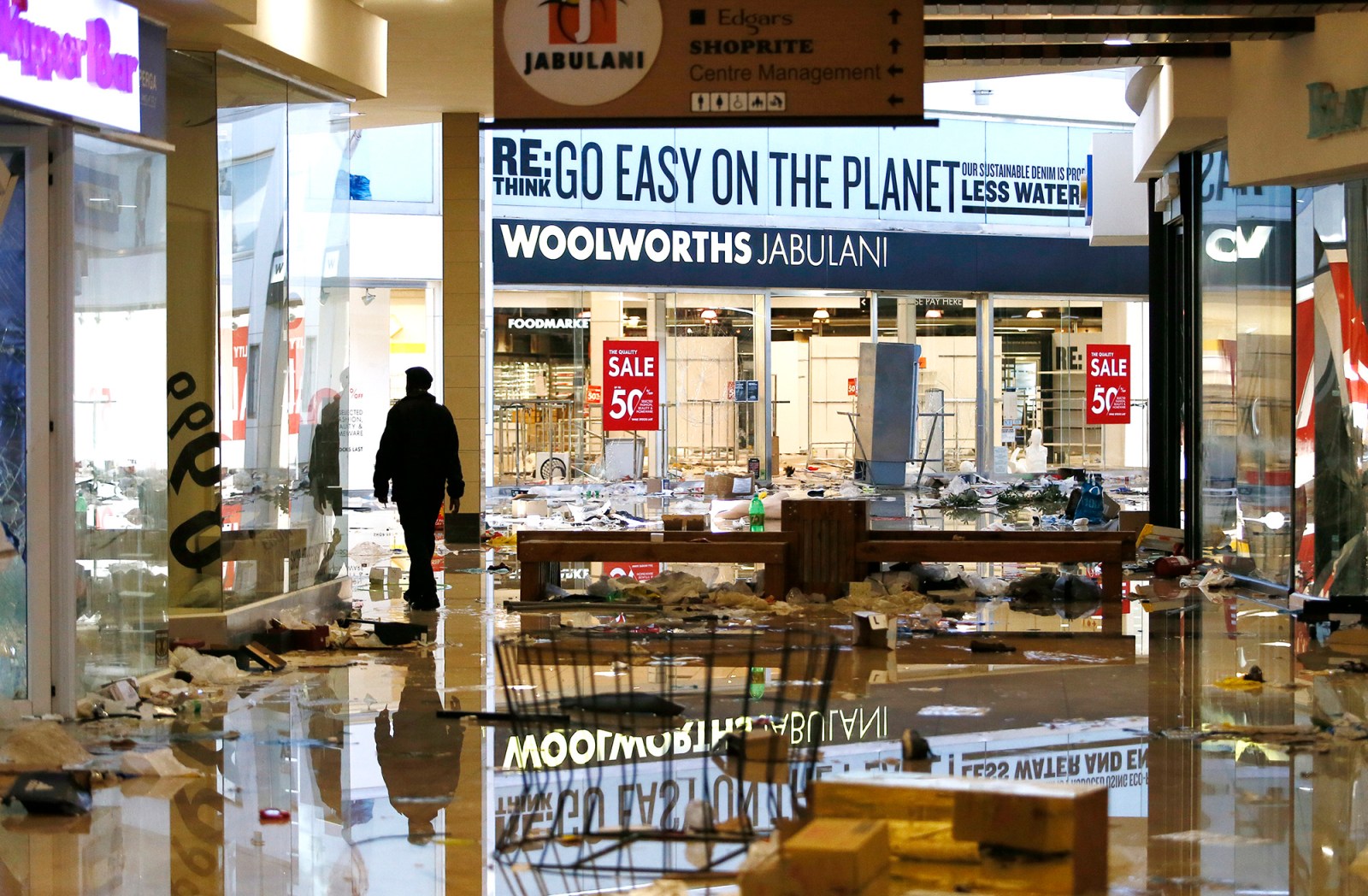 While schools in Gauteng and KwaZulu-Natal have been disproportionately affected by the recent violence and looting, the department of basic education says vandalism of schools is a ‘national problem’ – with more than 1,800 schools targeted around the country since the start of lockdown last year.

Department of basic education officials on Tuesday condemned the “severe destruction and looting” of schools in Gauteng and KwaZulu-Natal, and raised concerns about the increase in violence and vandalism in the sector. Amid this destruction, learners have returned to school.

The estimated cost of the vandalism is R100.3-million.

“There were losses of school property and damage to infrastructure, including the classrooms,” said Mthembu. There were also thefts of copper pipes, electrical cabling, building material, computers and food supplies, and destruction to roofs, toilets, fences and windows.

Mthembu said the violence did not hinder the reopening of schools in the province, and that the worst affected schools were provided with mobile classrooms.

Out of the 144 affected schools, three had a “serious shortage of classrooms” as a result of arson attacks and were unable to reopen without government intervention:

The province has procured 18 mobile classrooms for the three schools, with deliveries beginning on 23 July, said Mthembu.

Echoing Mthembu’s remarks, KwaZulu-Natal MEC for education, Kwazi Mshengu, said the education sector in the province has suffered severe challenges in the aftermath of the unrest.

Mshengu said the violence “completely collapsed” the province’s matric intervention programme, which was planned to continue during the school holidays. During the unrest, the department was forced to cancel the programme “to prioritise the safety of educators and learners”, he said.

The damage to school infrastructure in the province contributes to the “backlog” of schools that have been affected by vandalism and poor weather conditions in the past, which the department has been unable to repair because of a “shortage of funds”, he said.

“The budget cuts that we have experienced in the past financial years, including this financial year, have made things worse for the department,” added Mshengu.

In Gauteng, 14 schools were vandalised during the unrest between 8 and 17 July, said the provincial department of education deputy director-general, Albert Chanee.

Repair and replacement costs for the 14 schools is estimated at R38-million, he said.

While Gauteng experienced significantly less damage to school infrastructure compared to KZN, Chanee said that 401 schools had been targeted for arson, vandalism and break-ins in the province since March last year.

“Since the beginning of Covid-19 last year, there has been the targeting of schools in Gauteng, mainly by criminals. And this has had a negative impact on school infrastructure,” said Chanee.

He said 54 schools have been affected so far during the 2021 academic year.

The national department of basic education’s acting director-general, Granville Whittle, said an estimated 1,882 schools have been vandalised across the country since March last year.

Echoing his remarks, basic education minister Angie Motshekga said the loss of infrastructure remained one of the “biggest challenges” in the education sector. DM