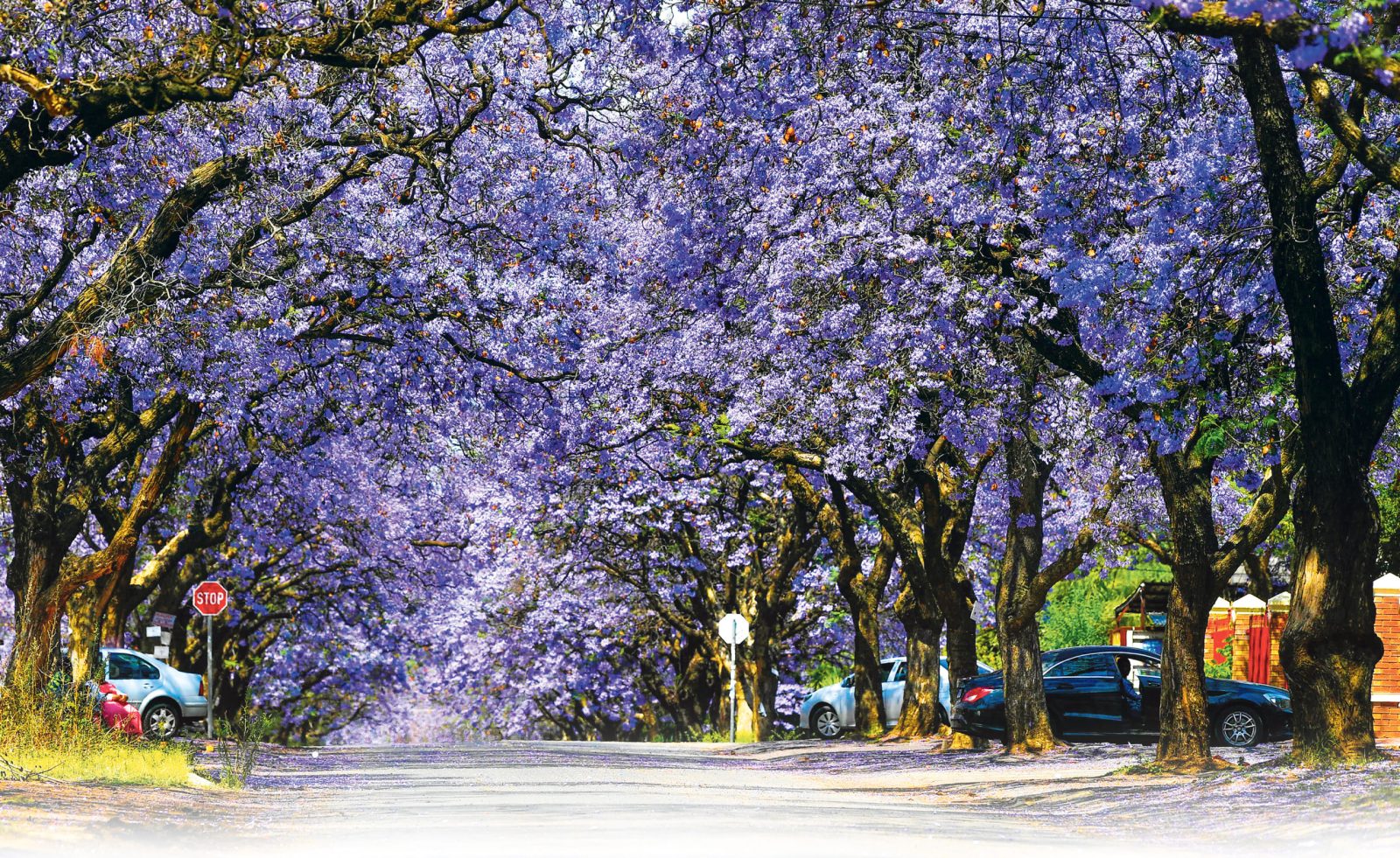 The shift in the blooming date of Joburg and Pretoria’s jacarandas is an easily observable consequence of climate change.

If you walked the streets of Pretoria or Johannesburg in the 1920s in September, you would not see the iconic purple flowers starting to bloom, not at least until mid-November.

Today, you may, thanks to warming winter temperatures.

It’s no secret that the planet is warming. Francois Engelbrecht, who sits on the Intergovernmental Panel on Climate Change, told DM168: “The estimated global warming from pre-industrial times till today, is about 1.2°C. Over the interior regions of southern Africa, temperatures are rising at about twice the rate of global warming, however. This is due to southern Africa’s location in the subtropics and its unique regional climate. That is, in cities such as Johannesburg and Pretoria, winters are today already more than 2°C warmer than a hundred years ago.”

But that is just a statistic; we can’t really feel it. Yet we are beginning to see its effects more clearly.

A good illustrator of the effect of global heating is the phenological shift of jacarandas. Their blossoming date has moved from mid-November to mid-September.

Jennifer Fitchett, associate professor of physical geography at Wits University, studied the advance in blossoming of jacaranda trees, looking at records of blooming dates from 1927 to 2019, which is the longest phenological record for southern Africa to date. Phenology describes the “study of cyclic and seasonal natural phenomena, especially in relation to climate and plant and animal life”.

Fitchett’s study falls under the discipline of biometeorology, which explores the impact of climate change on plants, animals and human communities, a subfield of this being phenology. Based on growing phenological literature since the 1960s, the International Society of Biometeorology has found that phenological responses to climate change are among the most biologically sensitive responses that exist.

These fruit trees are flowering earlier and the sardine run along the east coast is being delayed because of warmer sea temperatures later in the year. A study is currently under way looking at the phenological change in the Namaqualand daisies.

Fitchett chose to focus on jacarandas because, despite being an alien species, they are an iconic and distinct feature of the South African landscape. They are a good indicator the public can recognise and there are records of when they started blooming from newspapers in Joburg and Pretoria going back decades. Fitchett says: “Jacarandas are so well known that, if there was a change (and we found that there was), that would be a really good way of being able to demonstrate and make climate change real to people.”

She adds: “Because of the 1°C increase in temperature over the past century which has occurred, nobody knows what that feels like.

“And particularly in a week like we’ve just had, when there’s been such a strong cold snap … all the climate change denialists are going to come climbing out of the woodwork, telling us, well, it’s still very cold,” says Fitchett. She explains that people may not feel a one- or even two-degree increase, but they can see the effect it has – like droughts, tropical cyclones and impact on food security.

After mining sources from Johannesburg and Pretoria newspaper reports from 1927 to 2019, Fitchett’s study found a 2.1 day per decade advance in jacaranda blossom dates.

She attributes the strongest driving factor of advanced blooming to increased temperatures in June – this factor had the strongest statistical relationship.

The plant starts to flower earlier because it doesn’t know the date or the position of the sun – it gauges when to start blooming when it starts getting warm. The increase in average temperature means “that late winter mimics what spring should be from a temperature perspective”, says Fitchett. “Therefore our late winter is spring and that’s why they’re flowering earlier.”

Jacarandas flowering earlier give rise to two issues. First, the tree is flowering earlier as an adaptation response to a change in climate, not because it’s ready for the reproductive phase, meaning the dormancy phase is cut short. “These plants need to fulfil their dormancy requirements to actually have the energy for flowers to be produced, seeds to be produced,” explains Fitchett.

“And if it hasn’t managed to complete dormancy, then that plant is going to struggle through the next season because it is going to be much weaker.”

Also, the flowering plants are now at risk of frost. “Although we are in a warming climate, there are still frost days that we encounter in winter,” says Fitchett.

If the flowering dates advance too much, the flowers will encounter the frost season. Usually, plants will be in the dormant phase during this season so will seldom be affected, but when the reproductive stage starts during frost season, the frost does a lot of damage. It can wipe out all the flowers and prevent the development of seeds.

The problem is that, if the trees are weakened and they die, they can’t be replanted because they are alien plants.

Johannesburg is one of the world’s biggest urban forests. If it loses these trees, it would not only lose the aesthetic benefit to the image of the city but also the benefit of trees converting carbon dioxide into oxygen. DM168